How an International Lawsuit Could Bring India and the U.S. Closer 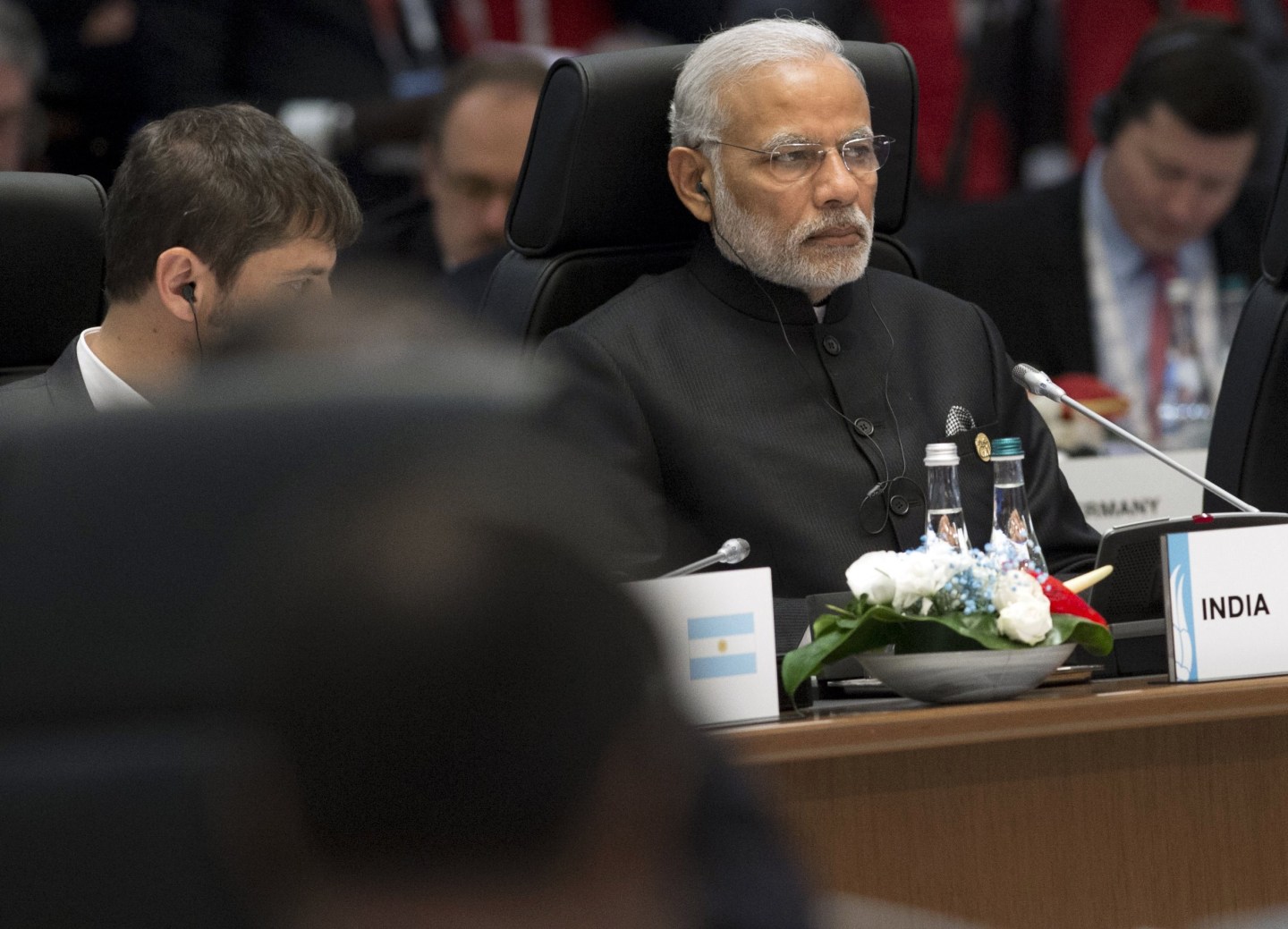 Indian Prime Minister Narendra Modi (R) attends a working session on the Global Economy during the G20 summit in Antalya, on November 15, 2015. Leaders from the world's top 20 industrial powers meet in Turkey from November 15 seeking to overcome differences on a range of issues including the Syria conflict, the refugee crisis and climate change. AFP PHOTO / SAUL LOEB (Photo credit should read SAUL LOEB/AFP/Getty Images)
Photograph by Saul Loeb — AFP via Getty Images

The Marshall Islands may just have inadvertently done India, the U.S., and the entire free world a significant favor. In a suit now in front of the International Court of Justice (ICJ), the Marshall Islands accuses both India and the U.S. of having violated the 1968 Nuclear Non-Proliferation Treaty (NPT) and customary international law. This suit, brought by a country of 72,000 people, might prompt the world’s largest and greatest democracies to work more closely together, for unexpected reasons.

Article VI of the NPT requires the parties to “undertak[e] to pursue negotiations in good faith on effective measures relating to cessation of the nuclear arms race at an early date and to nuclear disarmament.” The Marshall Islands contends that India, which is not an NPT signatory, has, like Pakistan, built up her nuclear arsenal to advance her defense and territorial integrity.

The Marshall Islands further alleges that the U.S., like the U.K., China, North Korea, France, Israel, and Russia, has not “actively pursu[ed] negotiations in good faith” in order to preclude “the nuclear arms race at an early date and to nuclear disarmament” and has declared its plans for using its nuclear arsenal in the foreseeable future.

Both the U.S. and India should refuse to accept this suit. Not only is the suit without merit, the ICJ also has no right to review the measures that nations take in their own self-defense; security matters are for the Security Council to judge. Challenging the U.S. and India’s self-defense measures in this way only undermines international law, as there is no chance of compliance in this instance. That is because India’s nuclear weapons respond to her military necessity and are proportionate to the wider threat she faces. She is threatened by historic nemeses that in the past have aggressively challenged her territorial integrity through war and state-funded terrorism. And as 9/11, the Nairobi bombings, and the Benghazi attacks have shown, the U.S. also faces obliterative threats. Consequently, preserving the nuclear option is not just in India’s interest, it is in the free world’s too.

The ICJ suit drives home the point that the U.S. has a clear interest in a stronger, more capable India as a way to counterbalance China and to support democracy. A democratic, militarily capable India poses no threat to the U.S., and as an important power it can stabilize the region and balance China. Together, the U.S. and India must secure their own and Asian regional stability. By doing so, they can moderate the rise of China, religious extremism within Pakistan, and Russian bellicosity.

The U.S. and India are the world’s two largest democracies, and besides their democratic identity they also share booming economic ties. Since 2001, bilateral U.S.-India trade has multiplied five-fold, to nearly $100 billion today, and President Obama and Prime Minister Modi have committed themselves to raising it five-fold more. India’s current annual GDP is $1.876 trillion, and it’s growing 7.4% annually a year, inspiring global investors—particularly those from the U.S.—to invest there. Today, India is the world’s biggest importer of military equipment, and in 2014, India imported approximately $2 billion worth of military equipment from the U.S.

India’s nuclear situation is far from ideal at the moment, but that should be of little worry to the ICJ (or anyone else) because India has behaved responsibly in this arena. Reducing the nuclear growth target for 2032 from 63 GW to 27.5 GW will be fraught with political, bureaucratic and logistical risk for India. India aims to build 16 domestic reactors and 40 foreign reactors. And India is updating her nuclear liability legislation to keep up with modern realities. This is how sovereign democracies operate—through internal dialectic and deliberation and by achieving the possible. This India is entitled to do.

But the suit offers one beneficial consequence: it shows how much the U.S. and South Asia depend on India’s geopolitical position in securing the aims of the free world in the region. To this end, India, the U.S., and their democratic free-market regional allies could enter into a Concert of Asia for the 21st Century. Possible allies might be Indonesia, Japan, Malaysia, the Philippines, Singapore, South Korea, Taiwan, Thailand, Vietnam, and perhaps even Hong Kong (despite its Beijing-imposed constraints).

The Concert would aim to check China’s growing hubris, which contains the risk of upsetting hard-won stability in Japan, Korea, Taiwan, Hong Kong, Singapore, and even China itself. Such an amicable agreement might lead to closer economic and defense ties. U.S. investors have already signaled their interest in the nations that form the Association of South East Asian Nations (ASEAN) by investing $204 billion in the region in 2013, a rise of 9.1% from the previous year. This market is worth $2.2 trillion and contains 620 million people; engaging in active trade with it effectively promotes U.S. interests.

India and the U.S. can be effective balancing powers. But for this Concert of Asia to be realized, the world community must respect India as a sovereign, responsible state in charge of her own destiny. Ironically, the Marshall Islands may have bestowed upon us all an historic opportunity.

John Yoo is the Heller Professor of Law at the University of California at Berkeley and former Deputy Assistant Attorney General of the United States. He is also the editor of Liberty’s Nemesis: The Unchecked Expansion of the State. Riddhi Dasgupta is an international law expert and author of ​​International Interplay. Views expressed are their own.