You Can Now Hail an Uber Motorcycle in Bangkok 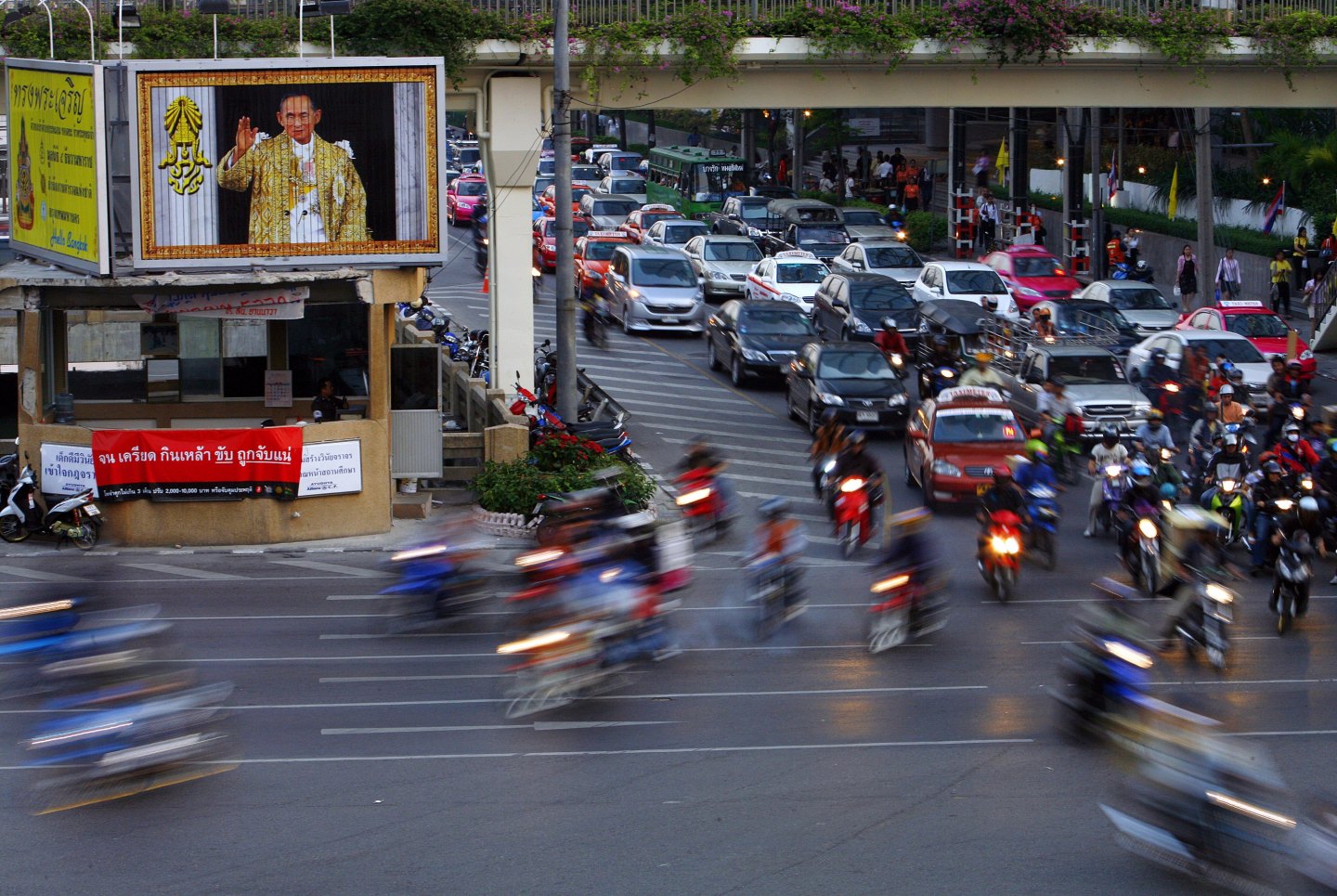 About a week after disclosing that it’s losing $1 billion in China a year, Uber has launched a new effort to crack the Asian market.

The ride-hailing platform said on Wednesday that it’s piloting UberMoto in Bangkok, Thailand, which will let riders hail a motorcycle taxi. The company said the service has been specifically designed for cities in emerging markets.

Uber said Bangkok is a fitting place to test its motorcycle service given its sometimes suffocating traffic. Some 1,500 new cars hit the streets of Bangkok every day, more than double what that number was just a few years ago. The congestion has slowed traffic dramatically and prolonged residents’ daily commutes, which now average 120 minutes. Uber said its motorcycle service will give commuters cheaper rides and produce less congestion over time.

“Motorcycles are part of the commuting culture in Thailand,” Douglas Ma, head of Asia Expansion for Uber, said in a statement. He said the service will resonate with Thai people and provide “another easy and affordable option for short trips around town while creating tens of thousands of flexible work opportunities for Thais.”

According to the company, UberMoto drivers will provide riders with a helmet, since the city of Bangkok requires that all motorcycle riders wear them. The drivers will also be insured and will have undergone an extensive screening process, including a police background check. Uber’s vetting of drivers was the subject of scrutiny this week after one of its drivers shot and killed six people in Kalamazoo, Michigan, in what appears to be an incident of random violence. Uber has said that the driver passed its background check, and police have said he had no criminal record.

Uber’s struggles in China have come as the company has failed to gain ground against its rival there, Didi Kuaidi. It will run up against competition in Bangkok too. Southeast Asia-focused ride-sharing platform GrabTaxi launched a motorbike taxi service there last year.