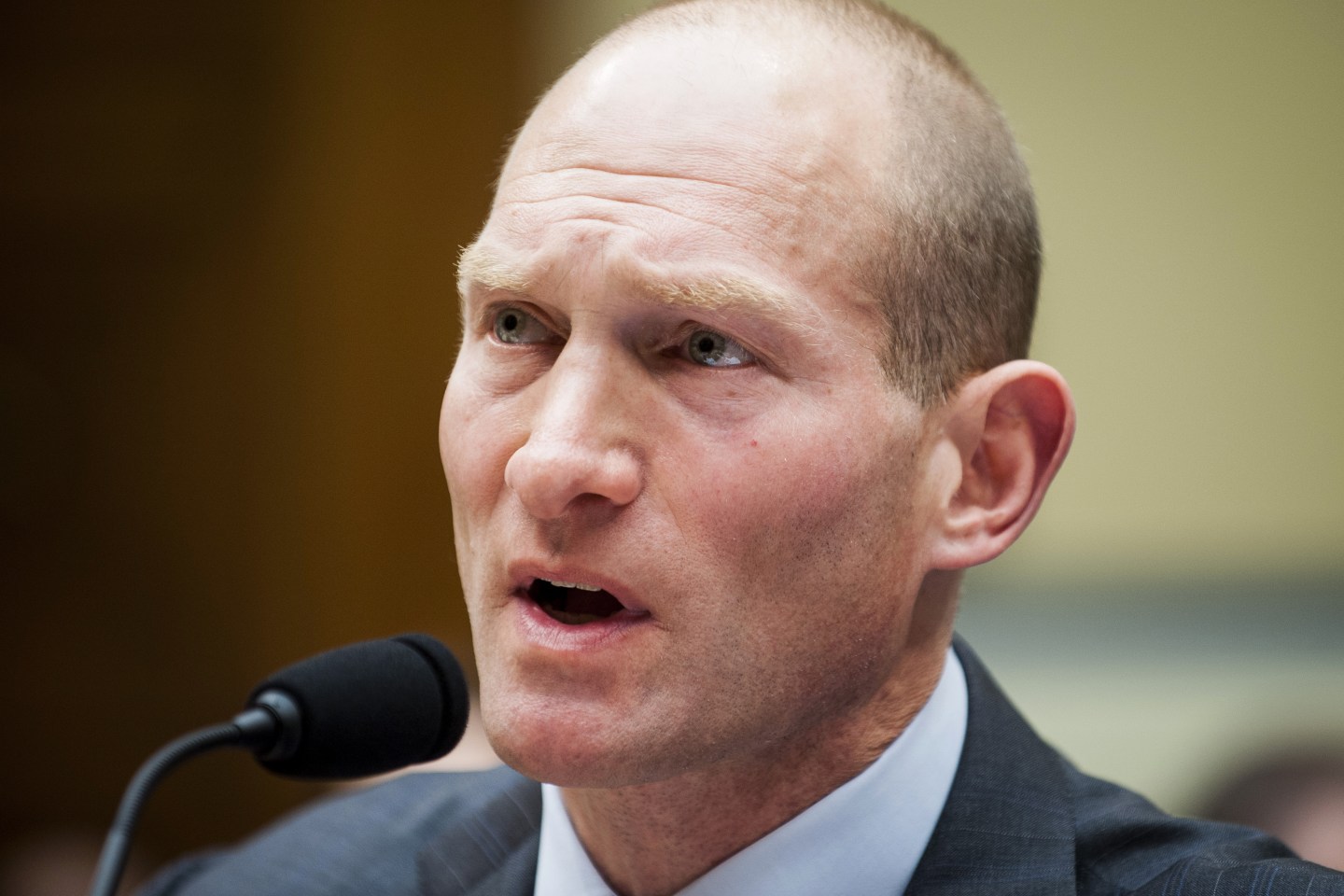 Ever since a stock research report called Valeant “the pharmaceutical Enron” back in October, investors have been awaiting—maybe dreading—the news that came last night, when the company announced it would have to restate its earnings.

After all, back in 2001 when Enron was in the midst of an accounting scandal, the infamous energy company was forced to restate nearly five years worth of its earnings, which cut about $600 million from the profits it had originally reported. A Wall Street Journal report after the market closed Monday afternoon was reminiscent of those problems, warning that Valeant Pharmaceuticals (VRX) also planned to revise its earnings; the stock fell nearly 7% in after-hours trading, following losses of more than 10% during the day.

The disclosure Valeant issued late Monday night shortly after 10 p.m. E.T., however, wasn’t nearly as bad. Valeant said it had incorrectly recorded about $58 million in revenue relating to its now-severed relationship with pharmacy Philidor.

But unlike with Enron, which had to just cross out its overstated earnings, Valeant says it simply has to move the sales to the next column over, booking them in 2015 rather than 2014. As a result, it expects its 2015 earnings per share will actually increase by 9 cents. “We have made mistakes in the past,” Valeant’s interim CEO Howard Schiller acknowledged in a statement. “Our focus today is on executing our business plan and rebuilding trust.”

Valeant hasn’t actually reported its full-year 2015 earnings yet—the company said it was delaying its annual report until it gets its accounting straightened out—but the balance sheet revision effectively boosts its financial estimates for the year, which Wall Street can’t exactly complain about. That explains why Valeant’s shares surged nearly 11% when the market opened on Tuesday.

While having to restate earnings is an “incrementally negative” development for the company, according to BMO analyst Alex Arfaei, the revenue in question amounts to less than 1% of Valeant’s overall sales—”hardly enough to support the channel stuffing claims that have been raised against the company,” he wrote in a research note.

Still, Valeant’s restatement is just a preliminary consequence of the board’s ongoing review of its accounting, which could still result in further changes. And other analysts noted that there are still unanswered questions surrounding the company, such as if and when CEO Michael Pearson, who has been on sick leave with pneumonia since late last year, will ever return to the company. In the meantime, Canaccord Genuity analysts led by Neil Maruoka wrote that when it comes to Valeant, “the market will continue to view everything through a lens of suspicion.” That could be why Valeant stock pared its gains later in the afternoon on Tuesday, ending the day up more than 4%.