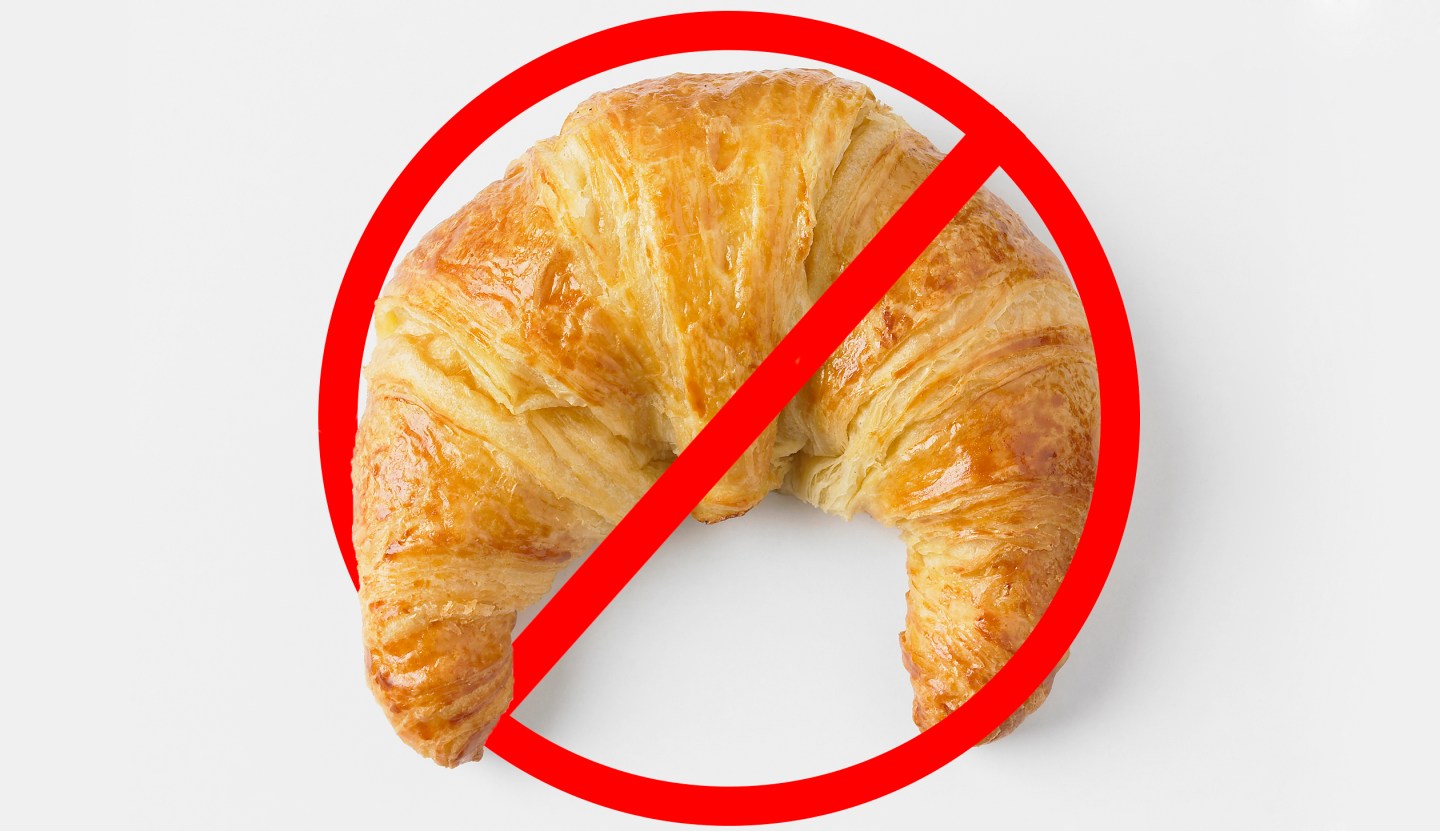 Croissant, view from above
Photograph by Getty Images/Dorling Kindersley

Tesco is not making some sort of political statement—its latest strategic decision really is about the shape of a baked good.

The U.K.’s largest grocery store on Thursday announced that going forward it will only sell “straight” croissants—as in ones that are not curved. It will consequently “consign the crescent shaped croissant to history.”

The store had sold both versions of the bakery item, but found that demand for curved croissants had fallen. In a survey Tesco conducted, nearly 75% of customers said they preferred straight croissants over crescents.

Apparently Brits find it much too hard to spread butter and jams on curved croissants.

Tesco croissant buyer Harry Jones, whose job title is the envy of carb lovers everywhere, defended customers’ affinity. “With the crescent shaped croissants, it’s more fiddly,” he said. It takes some people “up to three attempts to achieve perfect coverage.” The results can be near catastrophic: “accidents involving sticky fingers and tables,” Jones said in a statement.

The move may seem trivial, but it will affect nearly one million croissants sold at Tesco each week. And it’s part of a larger effort to revamp the store’s bakery line. Other changes include larger ciabatta rolls, more chocolate chips in Tesco brand brioche, more seeds on its sliced superseeded bread, and additional sourdough in its white bread.

Those minor tweaks could be indicative of just how far Tesco is willing to go to please customers. The grocery chain has cut prices and staffed up stores in an effort to kick-start a sales rebound. It’s under pressure from German discounters Lidl and Aldi and last April reported its worst results ever. Last month, it said it had a strong holiday season, reporting a 1.3% increase in same store sales in the U.K. for the six weeks ending January 9.

Interestingly enough, Tesco is using a strategy deployed by Walmart, the largest retailer in the U.S., which also improved its bakery offerings as a way to spur sales.

No doubt the French will be aghast at Tesco’s effort to banish the curved version of their beloved baked good, whose name literally translates to “crescent.”

Tesco is fully aware that its curved croissant ban might offend its neighbors across the channel. Its statement announcing the decision began: “Sacre bleu! Don’t tell the French.”