Texting While Walking Is Sending People to the Emergency Room 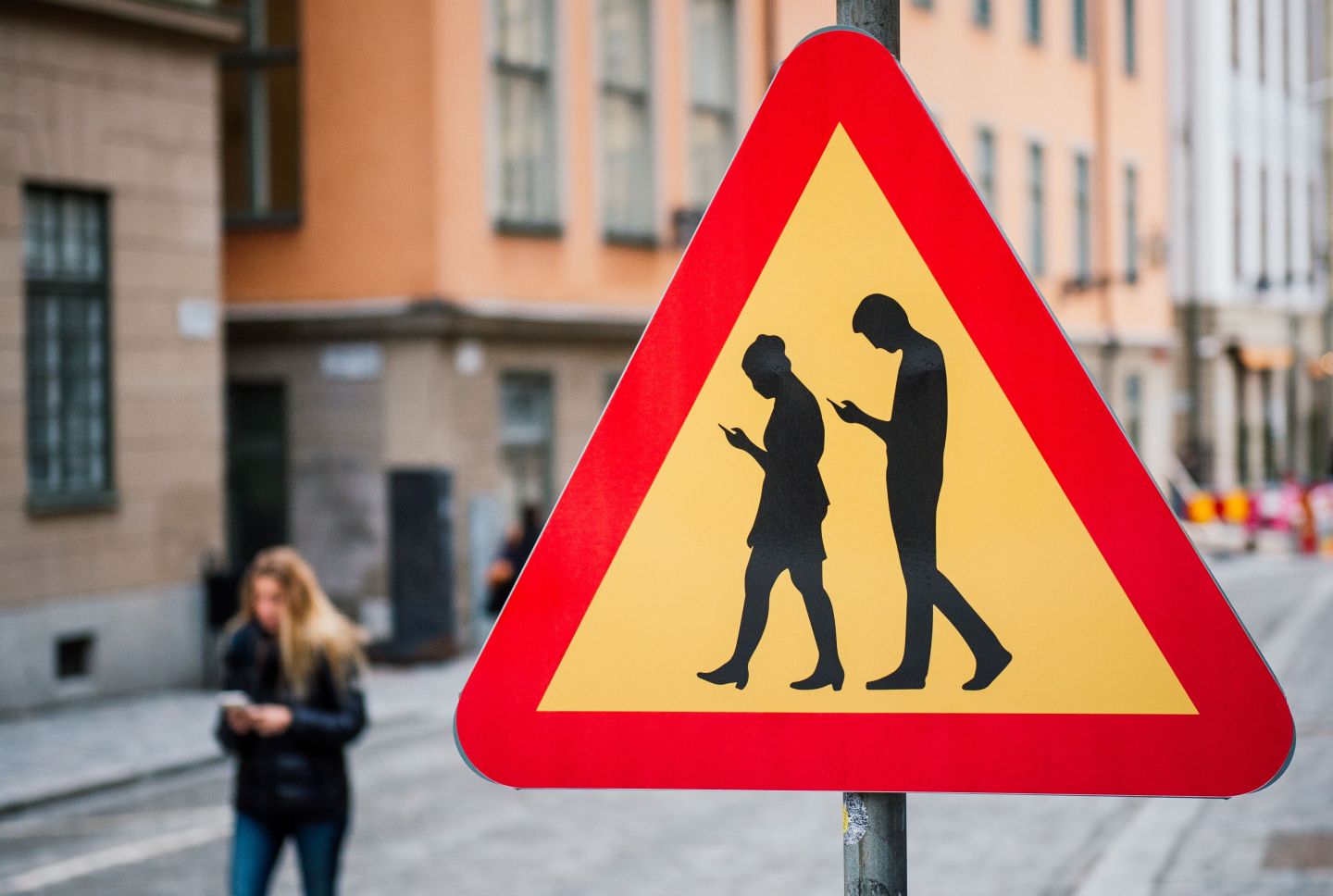 TOPSHOT - A road sign Warning Against pedestrians focusing on their smartphones is pictured on February 2, 2016 near the old town in Stockholm. / AFP / JONATHAN NACKSTRAND (Photo credit should read JONATHAN NACKSTRAND/AFP/Getty Images)
Photograph by Jonathan Nackstrand‚AFP via Getty Images

As it turns out, we aren’t as good at multitasking as we might think.

While texting and driving has been widely condemned for quite some time now, texting and walking is now in the spotlight as risky behavior. Watching someone walk into a door while their eyes are glued to their smartphone could be a good source of entertainment, but as National Safety Council CEO Deborah Hersman tells the Wall Street Journal, “We aren’t talking about bumps and bruises, these are people who are straining muscles, dislocating joints, and breaking bones.”

Psychology professor Ira Hyman Jr. calls this “inattentional blindness,” and it’s causing serious pedestrian injuries. In 2014, pedestrians using their cellphones went to the emergency room with related injuries more than 2,500 times, up from under 250 in 2006. Smartphones and similar devices are now blamed for 10% of pedestrian injuries, and even about six deaths per year.

Hyman conducted a study in 2008 in which he dressed up like a clown and rode a unicycle. While he caught the attention of half the passersby not on their cellphones, only a quarter of those talking on their phones noticed him. “People have this impression that they were aware. But they have no idea how much they are missing,” he told the Journal. Unfortunately, that sometimes includes oncoming traffic.