How to Automate Anything That Moves 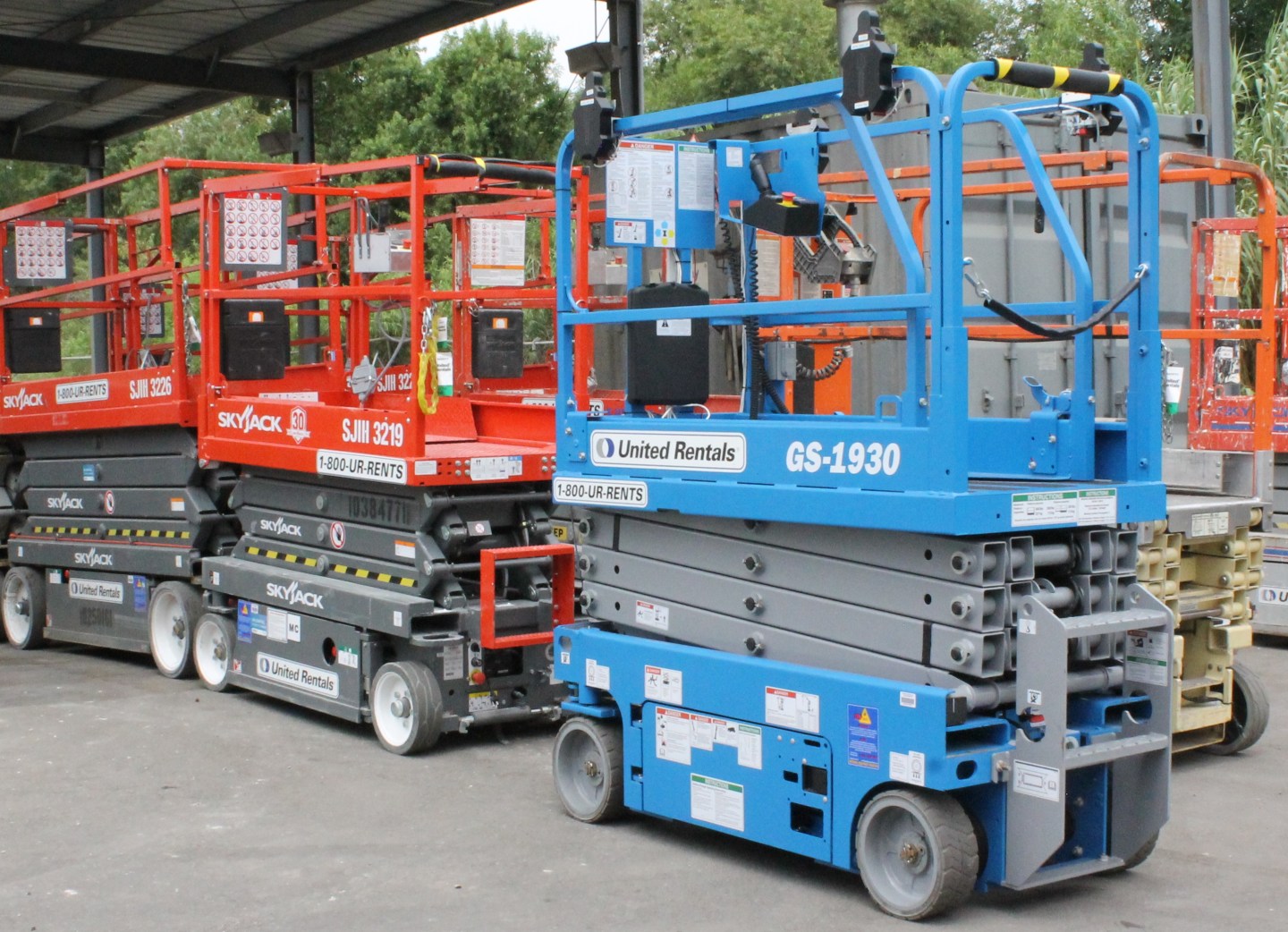 Now add to that list . . . the United Rentals scissor lift.

You may not know it by name, but you probably recognize the world’s most unlikely self-driving vehicle—that squat, rectangular platform, those four little wheels, and the accordioning supports that lift workers into the air.

In a project kicked off last December, the mobility software firm 5D Robotics has partnered with United Rentals to help the heavy-equipment leaser’s scissor lifts load, unload, and park themselves in storage yards. The technology, which will replace labor-intensive remote control, is currently being rolled out to United Rentals’ 900 equipment yards across the U.S.

5D Robotics wound up working on such an unlikely platform because their so-called “Behavior Engine” navigation software can be plugged into any vehicle equipped for remote control. “It doesn’t matter if it’s a two-pound drone or a 7,000 pound car,” says spokesperson Phil Mann. That opens the door for a broad array of applications, with the company currently exploring many in industry. Mann says setting up a system like United Rentals’ can take as little as a few hours.

5D was born out of work at the Idaho National Laboratory, where co-founders David Bruemmer and Scott Hartley were working to solve mobility problems for the military. The two initial goals for the technology were carrying heavy loads for soldiers on foot, and making IED-detecting robots smarter. The software has already been used in more than 20 different robot models. Though the company was founded in 2009, Mann says they’ve only begun to pursue commercial applications over the last 18 months, with United Rentals the first client to go live.

5D’s military origins led to another unique aspect of their technology. While most autonomous vehicles in development rely on a combination of satellite GPS and onboard sensors, 5D adds Ultra Wide Band signals, or UWB. The signal, broadcast from a group of stationary beacons, give vehicles within a roughly 200 foot range location data accurate to 2 centimeters—trouncing GPS’s accuracy of 3 or 4 meters. UWB also works better than lasers or cameras in darkness or inclement weather (though 5D’s Behavior Engine can also work with those other inputs), and is resistant to interference from dust or competing signals.

For more on the future of heavy equipment, watch:

Of course, the need for signaling hardware on the ground is a limiting factor, which is why 5D has so far focused on more enclosed applications like factory floors, dockyards, and parking lots (though Mann says large-scale installation on highways is a future possibility). The system can create virtual ‘rails’ for vehicles to follow, similar to what some factories currently accomplish with magnetic tracks set into the floor, but much more flexible. The system also has the ability to avoid workers or other vehicles.

All advances in automation force us to think about the consequences for employment. 5D’s early forays, though, are landing in areas—construction, heavy machinery, logistics—that feed the dwindling pool of good-paying semi-skilled work. When asked about the company’s potential impact on labor, Mann emphasizes the benefits.

“If we can increase the safety and reliability, then there are other things for humans to do. The amount of people who get injured or even killed by forklifts—you can eliminate that with automation.” And, indeed, Mann says 5D is developing programming for forklifts, potentially enabling autonomous movement of heavy loads around a warehouse.

But ultimately, 5D’s tech is a reality check for workers (and companies) either unwilling or unable to adapt.

“The cold part is, automation is coming,” says Mann, “Because it’s either safer [or] it’s more reliable.”