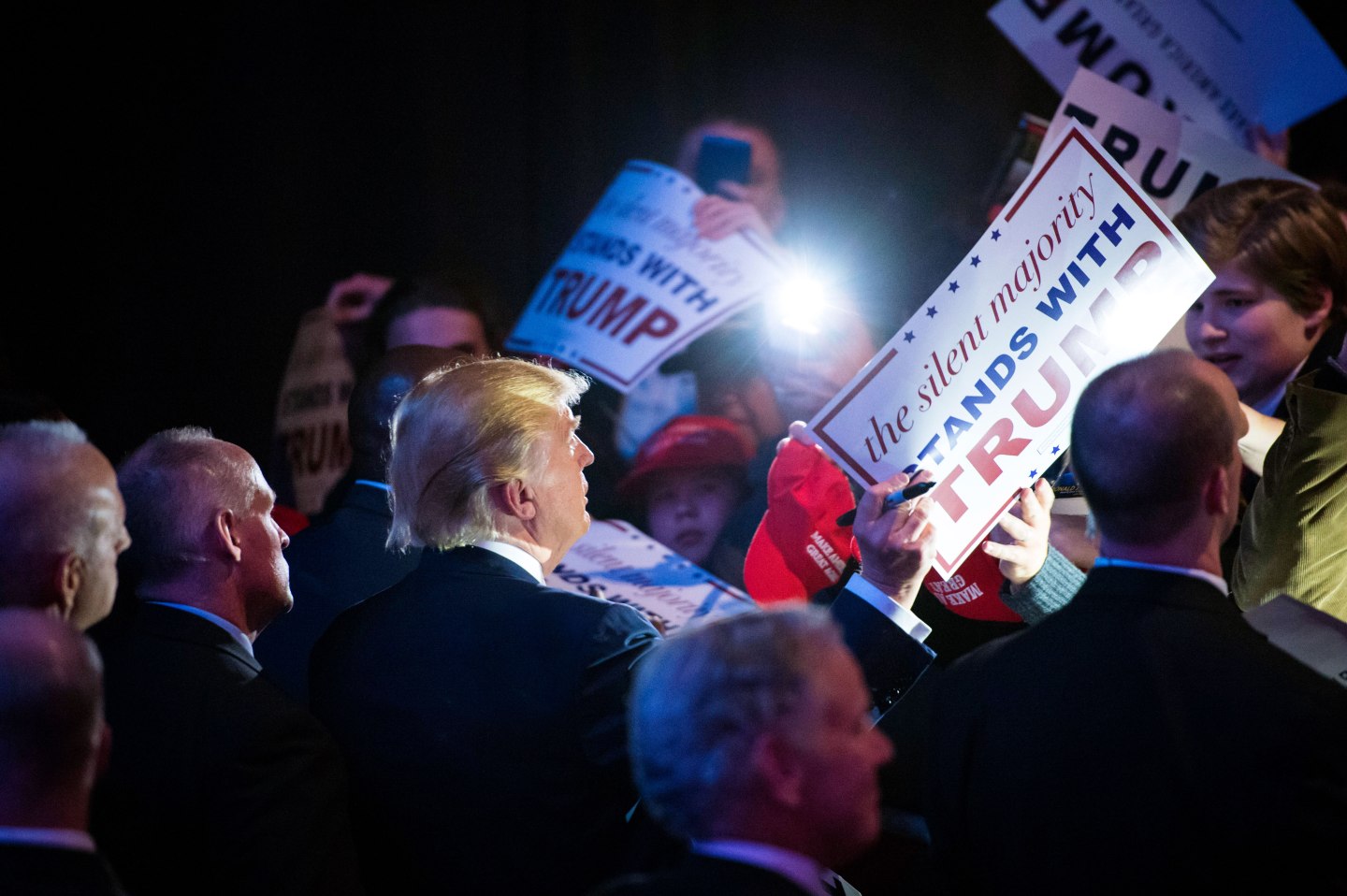 Donald Trump is siding with the Obama administration in its fight over encryption with Apple.

The Republican presidential frontrunner on Wednesday night called the electronics giant “disgraceful” for rejecting a court order to give encrypted data from one of the San Bernardino attackers’ phones to the FBI.

“We should force them to do it. We should do whatever we have to do,” Trump said during an MSNBC town hall in Charleston, S.C., three days ahead of the state’s GOP primary.

The billionaire developer has made his strong-man hawkishness a centerpiece of his campaign, an approach that’s played well in the military-heavy Palmetto State. Polls there show him maintaining a roughly 16% edge over his nearest rival, Texas Sen. Ted Cruz.

Trump set off a firestorm after the December attacks — during which an apparently ISIS-inspired couple, both legal residents, killed 14 people — by calling for a complete ban on Muslim travel to the U.S.

At the Wednesday event, he said Apple “was absolutely in the wrong” for resisting the federal effort to break the encryption on one of the attackers’ devices. And without naming Tim Cook, Trump suggested the Apple CEO’s ideological leanings were influencing his position. “I guess he wants to be a good liberal and he doesn’t want to give the information,” he said.

The comments marks the second time in as many months that Trump has targeted the device maker. In a speech at Liberty University in Virginia last month, the candidate blasted the company’s foreign manufacturing. “We’re going to get Apple to start building their damn computers and things in this country instead of in other countries,” he said.