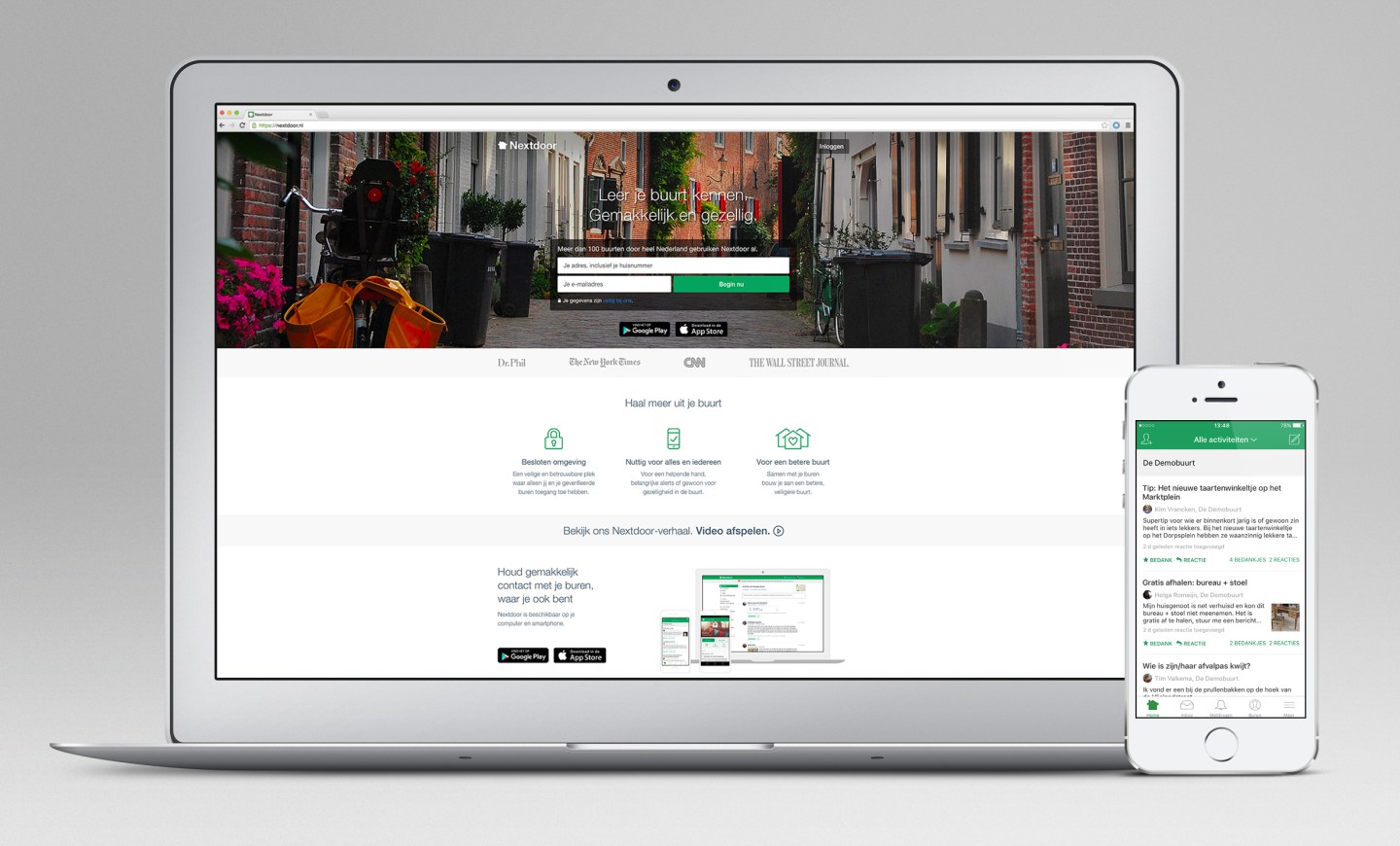 More than four years after launching in the United States, Nextdoor, the social networking site for neighbors, is finally expanding abroad. But you’ll never guess where they’re launching first—unless you happen to know that buurt means “neighborhood” in Dutch.

Yes, the Netherlands marks the spot for Nextdoor’s first international market. And co-founder and CEO Nirav Tolia says there is logic behind that decision.

“We don’t even have Canada yet, which would have been a perfectly reasonable country to launch,” Tolia said in an exclusive interview with Fortune about the company’s overseas launch. “But we said, ‘Let’s pick a country that is right for Nextdoor.'”

The Netherlands comes with some complications—a different time zone and foreign language, for starters. But Tolia says it is a prime testing ground for Nextdoor, a networking site now used by residents in more than 92,000 U.S. neighborhoods. Members, who must prove they live within a designated area in order to join one of Nextdoor’s private networks, use the service to alert neighbors to robberies, get recommendations for handymen and more.

According to Tolia, the Dutch care deeply about “a sense of belonging and togetherness” and are “engaged in their communities.” They also happen to be early adopters of social networking services. All of those trends bode well for Nextdoor’s release in the Netherlands.

The site, which has been in pilot mode for the last three months in the Netherlands, is already available in more than 90 local neighborhoods, from Spaarnwouderbuurt to Gulden Bodem. (Another perk to launching in the Netherlands: Dutch words are fun to pronounce.)

According to the Nextdoor team responsible for launching the service abroad, the way neighbors use the social network abroad doesn’t vary greatly from the U.S.

But there are some differences. For example, Dutch neighbors give away 10 times the amount of free items per neighborhood. They also host 8.5 times more events per neighborhood than American Nextdoor members. And early signs show that neighbors in the Netherlands are more active on Nextdoor than their U.S. counterparts.

There is at least one other benefit to launching in Dutch, says Nextdoor’s country manager in the Netherlands, Tamar Van De Paal: “What is special about the Netherlands is that a lot of information is pretty well organized but also made available publicly. There’s a lot of open data.”

That gave Nextdoor, which has to learn and establish neighborhood parameters before setting up shop in different cities, a little bit of a headstart in the Netherlands.

For Nextdoor, opening up its service abroad isn’t as simple as translating a website or mobile app. Because the company is hyper-local—it is, after all, a social network for neighborhoods—Nextdoor must adhere and adapt to local differences when developing for international markets. For example, one of its main verification methods in the U.S.—credit card ownership—doesn’t work in parts of Europe, where people don’t typically use credit cards. That means it could take Nextdoor a while to reach European (or other geographic areas outside the U.S.) domination.

So what is next for Nextdoor?

According to Tolia, the United Kingdom is the next market for the company—expect Nextdoor to launch there by the second half of this year.

“We’ve always had global ambitions,” Tolia says. “The question was where to start.”