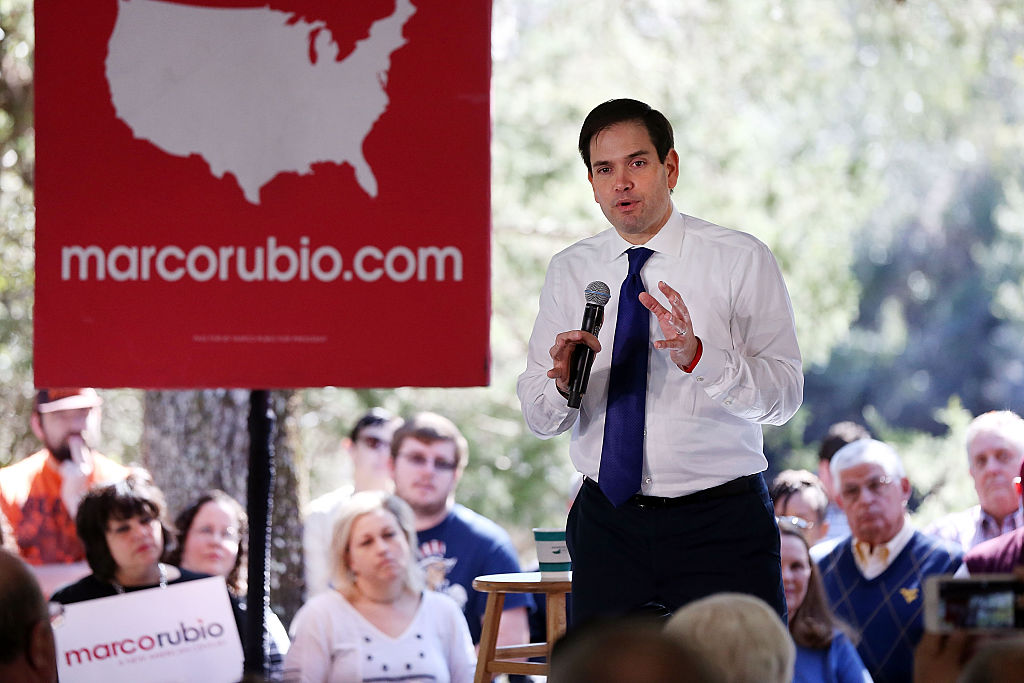 Florida Sen. Marco Rubio is accused rival Texas. Sen. Cruz of engaging in a “pattern” of peddling falsehoods, telling reporters Tuesday it speaks to the character of Cruz’s campaign and suggesting they would disqualify Cruz from the White House if they continue.

Speaking to reporters during a lunchtime stop at Triangle Char Bar in Summerville, South Carolina, the GOP hopeful criticized Cruz for arguing he was in favor of “amnesty” and calling him an inconsistent conservative. His comments come a day after a pro-Cruz group was forced to pull an ad from local television stations following legal review into its questionable claims about Rubio.

“This has been a pattern now with Ted, he has spent the last two weeks literally just making stuff up,” Rubio said. “I just think its very disturbing you can just come and make things up about people and believe no one is going to call you out on it. And its now become a pattern. So we have to clarify that we cant let that stand unchallenged.”

“When it becomes a pattern people need to know everything else this person says is questionable as well,” Rubio added.

Rubio, who is hoping to leapfrog Cruz for second-place in South Carolina, said the attacks, combined with the Cruz’s campaign’s caucus-night effort to spread false reports that Ben Carson was dropping out of the race speak to the “character of his campaign.”

“What they’ve been willing to do as part of they’re campaign whether it’s the Ben Carson thing in Iowa or some of the things that are going on now its very disturbing,” he said. “I think people aren’t going to like it the more they learn about it.”

Asked whether Cruz’s statements are personally disqualifying for the presidency, Rubio said, “If it continues I think ultimately that’s true, yes.”

Rubio also criticized Cruz for pledging to grow the size of the military in a speech outside Charleston Tuesday, saying Cruz had voted repeatedly against defense spending bills in the Senate. ” He’s very weak on national security and knows that’s a liability in South Carolina so he’s being untruthful about that.”

Rubio’s counter-punch follows a similar line of attack from Donald Trump on Cruz Monday, in which the GOP front-runner held a 40-minute press conference around the theme of Cruz’s supposed dishonesty. The criticism is designed to undercut a central theme of Cruz’s campaign—his slogan used in countless ads and mailers is TrusTed”—and have contributed to him possessing among the lowest net favorability ratings of the field.