How to Make Your Company Attractive to Investors 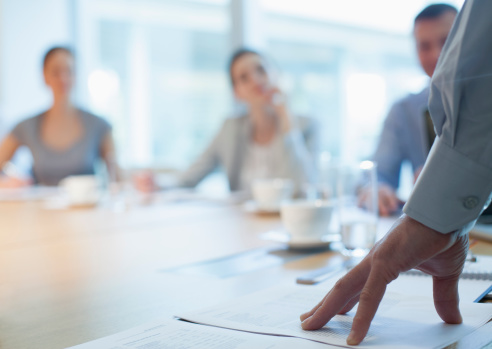 One of the questions I get asked regularly by founders is what they have to do to raise a Series A round of investment in the $3-$10 million range. I always encourage them to consider applying to an accelerator program since one-third of all Series A rounds in 2015 were in companies that graduated from accelerators. But what about the companies that don’t get accepted into accelerator programs? The acceptance rate is fairly low (Techstars accepts 1% of all applicants), so startups should have a backup plan when it comes to securing Series A.

According to PitchBook, early-stage VCs may only look to top-tier accelerators for their pipeline of Series A-worthy prospects. With the amount of hands-on time that these alums receive from mentors, founders, and other great entrepreneurial minds, it makes sense to look more closely at these startups when investing.

So your company missed the cut when applying to an accelerator program – how can your company attract more VC eyes?

When fundraising, your network is critical, whether you went through an accelerator or not. Surrounding yourself with the people who have done it right, who know the game well, and can give you the right tips is key to your company’s success in fundraising.

Recognize that there are an enormous number of companies being created each year and ultimately many of them are competing for the same Series A money. Techstars sees tens of thousands of startups applying to our programs each year, and we only fund about 250 at the seed level annually. Of those 250, about half go on to raise Series A rounds.

One reason those 125 or so companies are able to raise Series A rounds is due to tapping their networks early in their companies’ lifecycle. I see a lot of early-stage companies meeting with later-stage investors well in advance of being in the market for a Series A round. They build relationships early, maintain those relationships, and knock when the time is right.

The market is flooded with seed capital, but there is no more Series A capital than there has been over recent years. So start early, and build genuine relationships before you start your Series A tour. Those in top-tier accelerators may have an unfair advantage in that regard, but you can manufacture a strong network and book those early meetings as well.

The broader and more global your network, the easier time you’ll have leveraging your progress and credibility in order to manufacture meetings. This broad network comes easier to companies that can go through an accelerator, as you connect with other in-program companies, investors, and mentors, but how can you build a larger network organically?

You may have a small network, but growing that network has become easier with the use of social tools. LinkedIn, Conspire, even Facebook and Twitter allow you to grab branches that may have previously seemed out of reach.

Those LinkedIn connections, friends-of-friends, previous coworkers you haven’t spoken to in years, are all at your disposal. They may not be the VC you’d like to invest in your company, but they may be able to make an introduction or give you tips on how to get your foot in the door. You’ll never know until you ask.

Be Series A Ready

I’m often asked what it takes to be “Series A ready” in terms of metrics, progress, and traction. Unfortunately, there’s no easy answer. Series A investments are competitive right now, and the smartest VCs I know are still willing to take a chance before there’s any concrete proof.

What is necessary is conviction on the part of the investor. So think of traction as often necessary but generally insufficient evidence to help generate conviction.

Learn From the Process

Having recently raised $150 million for institutional investors, I heard many people say no, and you will too. The key is to take as many meetings as possible. Build those relationships early. Maintain those relationships. Leverage angel and micro-VC connections before even thinking of pitching them.

When fundraising, your network is critical. Leveraging it early and often is the key. Don’t make the mistake of waiting until you need money to engage sources of capital. If you’re in a squeeze for capital and you have a solid, mutually beneficial relationship with a VC, your chances of raising will increase dramatically.

– David Cohen is the co-founder and managing partner of Techstars