What Will It Take To Turn Zynga Around? 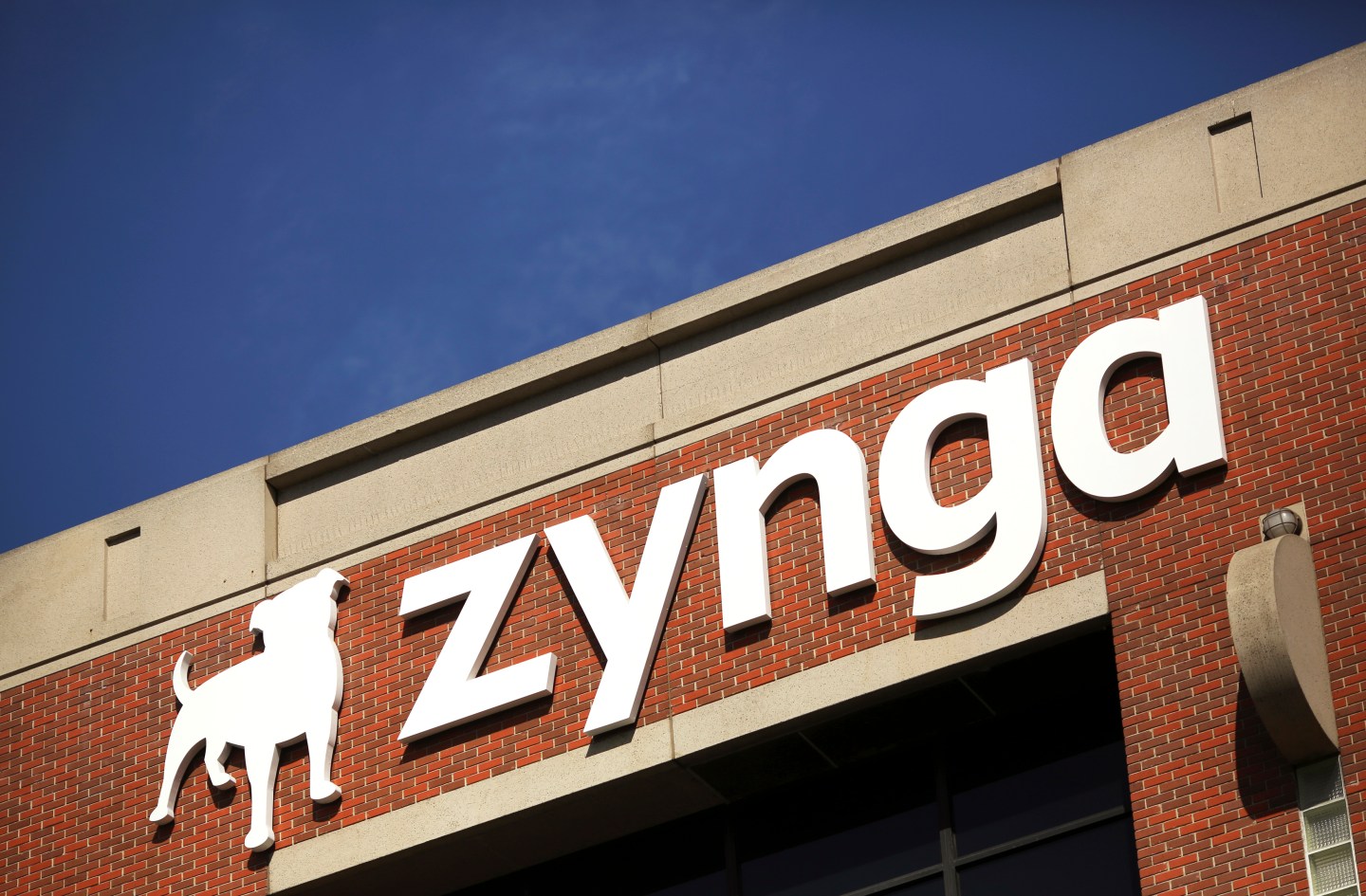 On a day when Zynga shares are once again tanking and investors are grumbling once more about the glacial pace of its turnaround, it can be difficult to remember how bullish many used to be about the mobile gaming company.

Those were the go-go days of Words With Friends and Farmville, though. Today, more than four years after the company’s Wall Street debut, Zynga is a company that has failed to produce a substantial hit for several years—and has experienced substantial turnover. And many are wondering where the bottom will be.

Macquarie Research’s Ben Schachter says we could almost be there—if for no other reason that Zynga’s cash and real estate holdings are currently worth somewhere between $1.25 to $1.45 per share compared with Zynga’s share price of $1.81.

“However,” he adds in a research note on Thursday, “in order to see any real value, the core titles must prove that they have some sustainable profitability while new titles will need to show traction.”

Investors don’t seem convinced they’ve found the bottom, though. Shares fell Thursday by another 15% after the company, on Wednesday, adjusted its first quarter financial outlook below what analysts had expected. The company now says adjusted revenues will come in between $150 million and $165 million, versus consensus of $172.3 million.

Worse, perhaps, Zynga is now fighting to remain relevant not only to mobile gamers (who tend to be fickle), but to its investors as well.

“They’re just disinterested,” Michael Pachter, analyst for Wedbush Securities, said in a note on Thursday. “Zynga has been a ‘show me’ story for so long, many investors have stopped paying attention.”

Recapturing that attention will require something big —and Zynga has two titles in the works it hopes will do that. The problem is that the company can’t get them out the door.

CSR2 and Dawn of Titans are two of the 10 games Zynga told investors to expect this year. Investors, though, have heard that before. Originally, both titles were due at the end of 2014 or early 2015. They were delayed a year ago, then again at the end of 2015.

The games are higher risk than, say, the company’s slot-based games (similar to the casino slot machines, but with no real money wagering). They require bigger development budgets and more staff. If they click with players, they can be massive revenue generators. If they flop, they could be just another massive write-off.

Pachter notes that Zynga’s slow pace of development on CSR2 and Dawn of Titans shows an awareness by the company that it has to restore credibility with gamers—and only a truly well-done, addicting game will do that.

“We think that the risk-reward on Zynga is quite favorable, and think that extremely patient investors will be handsomely rewarded when (or if) both ‘elephant’ games launch later this year,” he says.

Add in the potential sale of its headquarters and a 23% rise in year/year advertising revenues and not everyone is ready to write Zynga off yet.

But if the company is unable to deliver new titles that resonate with players, those short term positives won’t be able to keep it afloat forever.