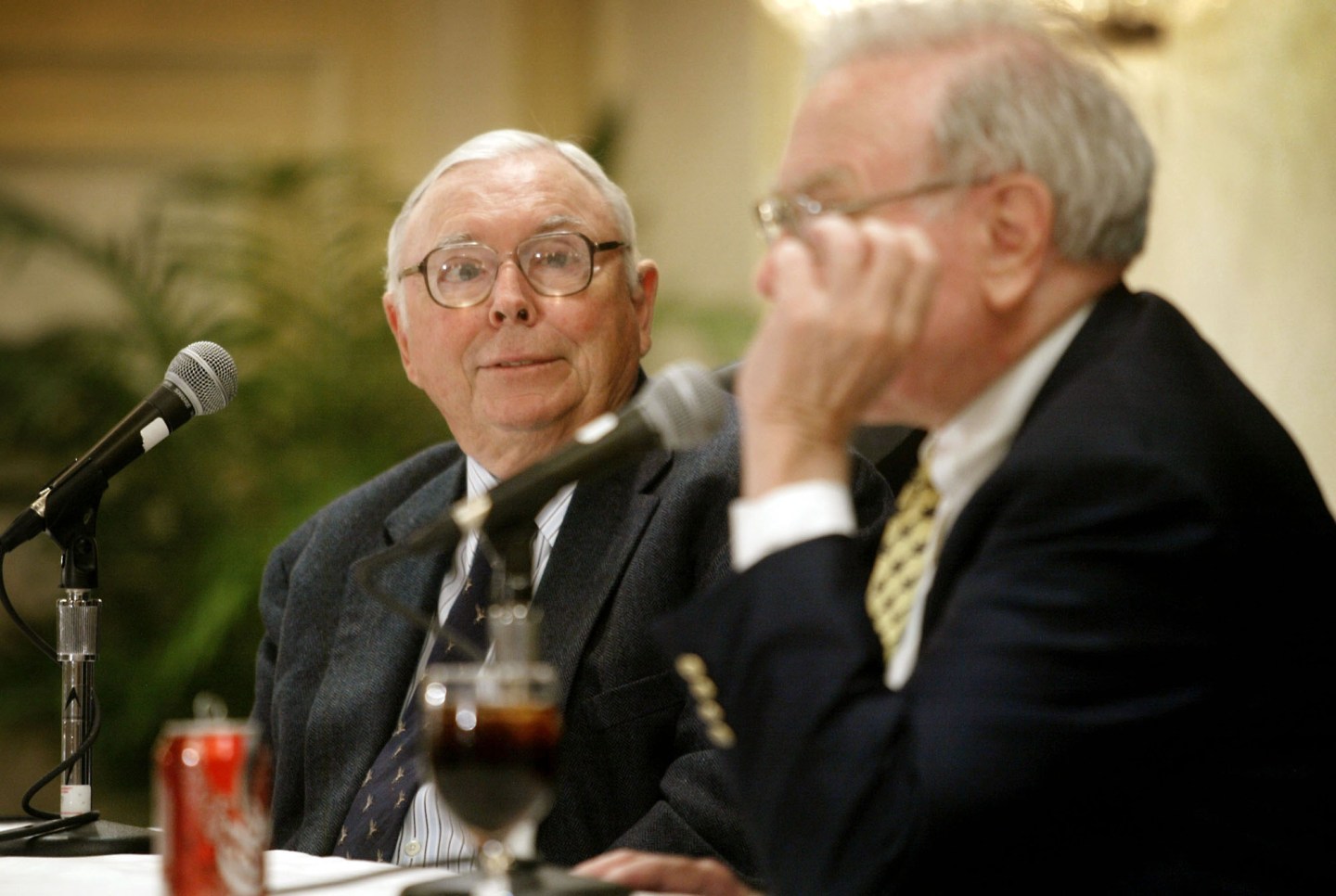 Let’s be clear: Charlie Munger has no plans to vote for Donald Trump or Bernie Sanders.

At an investor meeting for his Daily Journal Corp. (DJCO) on Wednesday in Los Angeles, the 92-year-old Berkshire Hathaway (BRKA) vice chairman was asked what he thought about the presidential candidates and their qualifications, Bloomberg reports.

Regarding current Republican frontrunner Trump, Munger said, “My attitude is that anybody who makes money running a casino is not morally qualified.” Munger has made no bones about his aversion to gaming and has compared certain Wall Street practices to gambling, as well as criticizing politicians whose budgets rely on revenue from casinos and lotteries.

As for self-described Democratic socialist Bernie Sanders, Munger thinks he’s “a little nuts,” saying that the Vermont senator is too fixated on income inequality, which he says is simply a consequence of democracy. He thinks that people will accept their economic status if it’s justified—though Sanders‘ position appears to be that it isn’t.

“As an intellectual he’s a disgrace,” Munger said of Sanders, though he added that he’s no worse than some Republican candidates. “But at least they’re crazy in a different way.”

Trump and Sanders both won the recent New Hampshire primary by wide margins after each candidate narrowly placed second in the Iowa caucuses.