For Tesla and SolarCity It’s a Year of Curbing Costs, Sort of 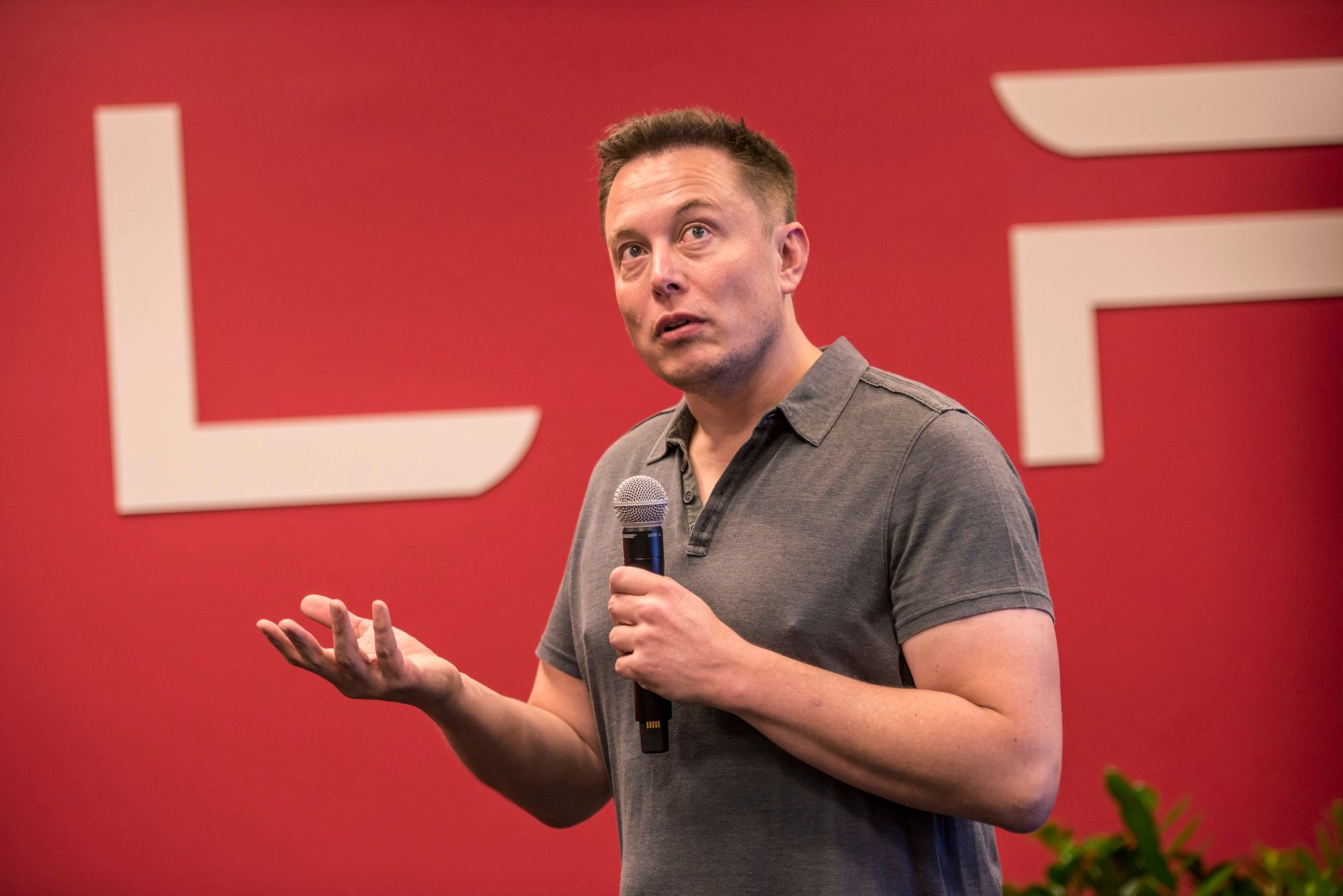 Elon Musk, chairman and chief executive officer of Tesla Motors, speaks during an event the company's headquarters in Palo Alto, California, U.S., on Wednesday, Oct. 14, 2015. Tesla Motors Inc. will begin rolling out the first version of its highly anticipated "autopilot" features to owners of its all-electric Model S sedan Thursday. Autopilot is a step toward the vision of autonomous or self-driving cars, and includes features like automatic lane changing and the ability of the Model S to parallel park for you. Photographer: David Paul Morris/Bloomberg via Getty Images
Bloomberg via Getty Images

Is this the year that Elon Musk’s grand plans to spend billions of dollars on upending the energy and auto industries become decidedly more sober?

On Wednesday, electric car maker Tesla Motors announced its fourth quarter and 2015 year earnings, and emphasized how the company is shooting to soon be cash flow positive and even profitable on a quarterly basis later this year.

Tesla’s new chief financial officer Jason Wheeler, who was previously Google’s vice president of finance for 13 years, said on a call that his marching orders from Tesla CEO Elon Musk were that “cash is king.” Wheeler said that he’s tasked with helping manage the growth in cash expenses this year and to help lower the costs of making its cars.

A day earlier, solar installer SolarCity (TSLA), where Musk is chairman and a major investor, posted its own earnings and highlighted how the company is looking to grow much more slowly this year and reduce its reoccurring losses. SolarCity (SCTY) CEO Lyndon Rive, Musk’s cousin, said on their Tuesday earnings call that “the primary focus of our company in 2016 is our goal of generating positive cash by year-end.”

Make no mistake, each company will continue to invest pretty heavily in growing their own businesses. Tesla plans to spend another $1.5 billion this year—about the same that it did last year—on building its battery factory, designing its low cost car the Model 3 and expanding its retail outlets. Meanwhile, SolarCity said it will actually see its losses grow in the first quarter of the year (compared to the previous year) as it spends on building out its own solar panel factory, as well as sales and marketing efforts in a brutally competitive industry.

But both companies are using markedly similar rhetoric to underscore more modest, and potentially market-friendly, goals for the year. That message is compared to a year ago, when Musk almost casually threw out that Tesla would spend “a staggering amount” of money in the year to grow into a company that could have the same valuation as Apple (AAPL).

One reason for the sober messages could be because of the volatility in the stock market and fears over a broader tech and general economic downturn. Musk was running Tesla, helping with SolarCity, and funding both companies, through the global recession of 2008, and has often recalled the extreme hardships of those years as outside financing abruptly dried up. Both companies were at the point of shuttering at times in those years.

Does Musk see a hard macro year ahead that could batter his companies? Indeed, rock bottom oil prices have started to put pressure on consumer demand for electric cars, which could affect Tesla.

SolarCity has faced its own hurdles in recent months. Some utilities and state regulators have pushed for new policies that make solar panels less attractive to consumers. Following such a policy in Nevada, SolarCity pulled out of the state, losing some important business there in the short term.

Individually, Tesla and SolarCity’s stocks have both plummeted since the beginning of the year. Musk has lost hundreds of millions of dollars, if not billions, in personal wealth on his investments.

Each company has now passed the decade mark. Tesla is thirteen years old, while SolarCity is ten. They’ve both been public companies for years now.

At some point, investors expect a turn of the ship when it comes to expenses, losses and positive cash flow. Looks like this could be the year, at least in message, which the companies are starting to try to prove that they’re economically sustainable, not just environmentally sustainable.

That said, both companies are still attempting to disrupt much larger, entrenched industries. Tesla’s 100,000 electric cars on roads is a small drop in the bucket of global car sales. The energy generated by the solar panels that SolarCity installed last year is on par with one large natural gas or nuclear plant. Such disruption, will no doubt take a lot more cash to fund.