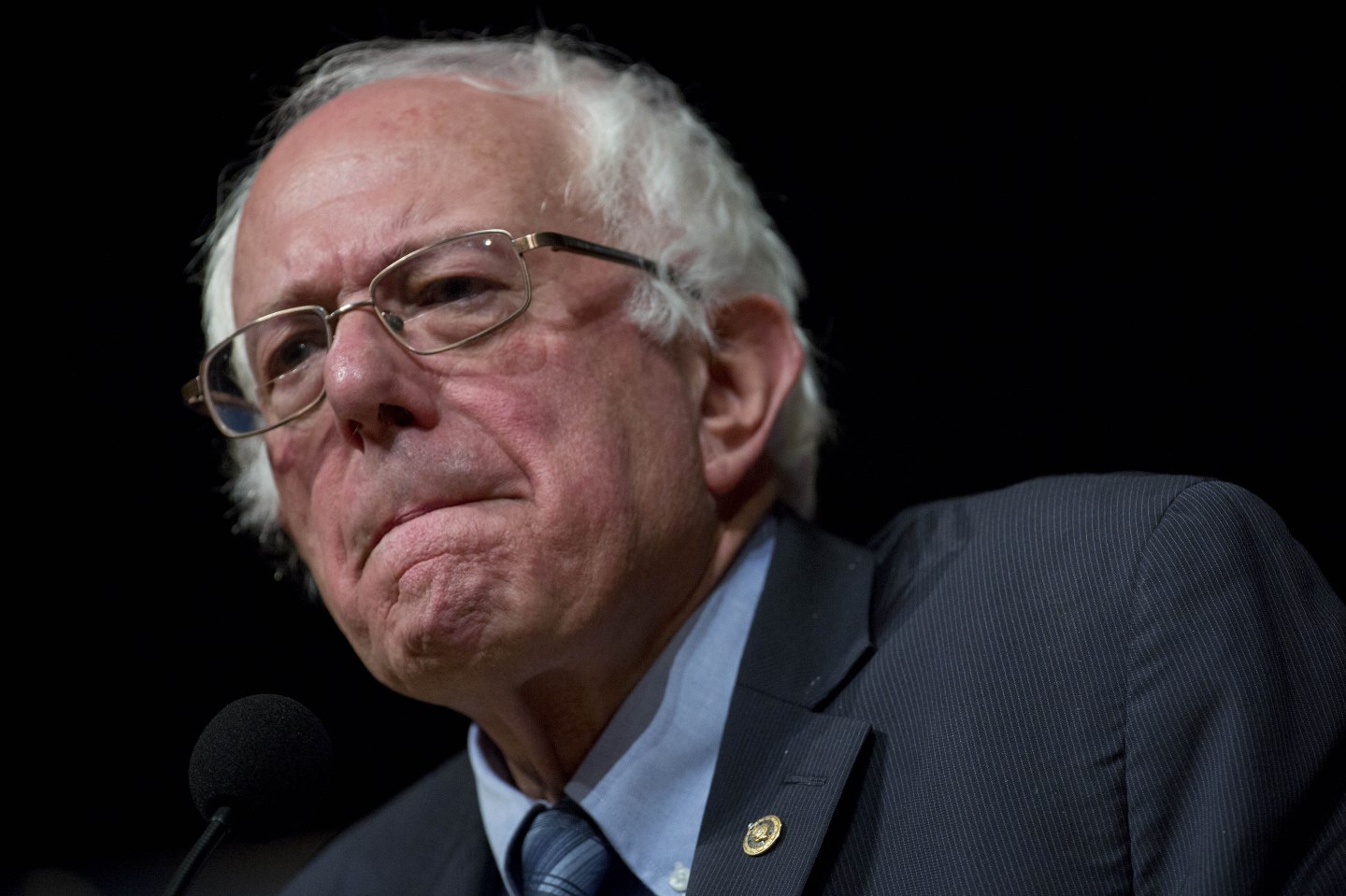 Senator Bernie Sanders, an independent from Vermont and 2016 Democratic presidential candidate, pauses while speaking during a town hall meeting at Timberlane Performing Arts Center in Plaistow, New Hampshire, U.S., on Sunday, Jan. 3, 2016. Sanders' presidential campaign on Saturday said it raised more than $33 million in final three months of 2015 with small contributions making up the majority of the donations. Photographer: Andrew Harrer/Bloomberg via Getty Images
Photograph by Andrew Harrer— Bloomberg via Getty Images

The New Hampshire primary on Tuesday was much more important to the Republicans than it was to the Democrats but, ironically, for the same reason. There is no reason to believe that the frontrunners will be challenged in any significant way in the next few weeks. Thus, by the day after Super Tuesday March 1, the frontrunners may be too far ahead to be stopped. Thus, at least for now, Donald Trump and Hillary Clinton are the likely presidential nominees.

But, wait, Hilary lost and lost big in New Hampshire. Why is she still the frontrunner? She is the frontrunner because at least as for now, she still has a significant lead in the national polls and because the primary electoral landscape from here on out is largely to her advantage.

Let us not forget that she won Iowa and at least got a large portion of the delegates in New Hampshire. South Carolina and most of the Super Tuesday states (with the exception of Vermont and, maybe, Massachusetts) will be hers. After that point, it is still hard to see where Sanders wins, except maybe in Hawaii.

If for some reason she seriously underperforms in South Carolina next week, then the Democratic Party establishment will have a decision to make. Do they go with possible nominee Bernie Sanders (and a repeat of the McGovern loss of 1972) or do they go with Plan B — Plan B for Biden? I don’t think they will have to make that choice, however, as I expect Clinton to recover. Thus, New Hampshire represents a “false positive” for Sanders.

However, he has to get the nomination first. The good news for establishment Republicans, if there was any from New Hampshire, is that Trump’s totals were well below 50%. Trump may well have plateaued. Thus, the goal for the Republican establishment is to get the other second tier candidates out of the race so they can concentrate their support. However, the Republicans are on the clock. After March 15, most Republican primaries are in some form winner-take all. Unless, by that point, the race is down to two, Trump will then benefit.

There is one other important factor to be considered. In the rules of both political parties there are a large number of delegates to their conventions who are credentialed by reason of their positions in government or on the Party National Committee. On the Democratic side, there are 712 super delegates out of 4763 voting delegates (about 15%). As of now, Clinton enjoys about a 10 to 1 (394 – 44) advantage in super delegate support. In other words, if the delegate count is close going in to the Democratic Convention, Hillary wins.

On the Republican side, there are 437 “unpledged delegates” out of a total of 2470 (18%). The same that was said above goes for the Republicans, if the delegate count is close going into the Convention, Trump loses.

Thus, I still don’t think it will be Trump against Sanders in 2016. Regardless of the results in New Hampshire, the establishment will carry the day. But I’m a lot more certain about what happens in the Democratic race than I am about what happens to the Republicans.

Daniel Franklin is Associate Professor of Political Science at Georgia State University in Atlanta, Georgia. He is the author of Pitiful Giants: Presidents in their Final Terms (Palgrave Macmillan, 2014).