Tesla Adds Another Layer of Safety to Its Driverless Parking Tech 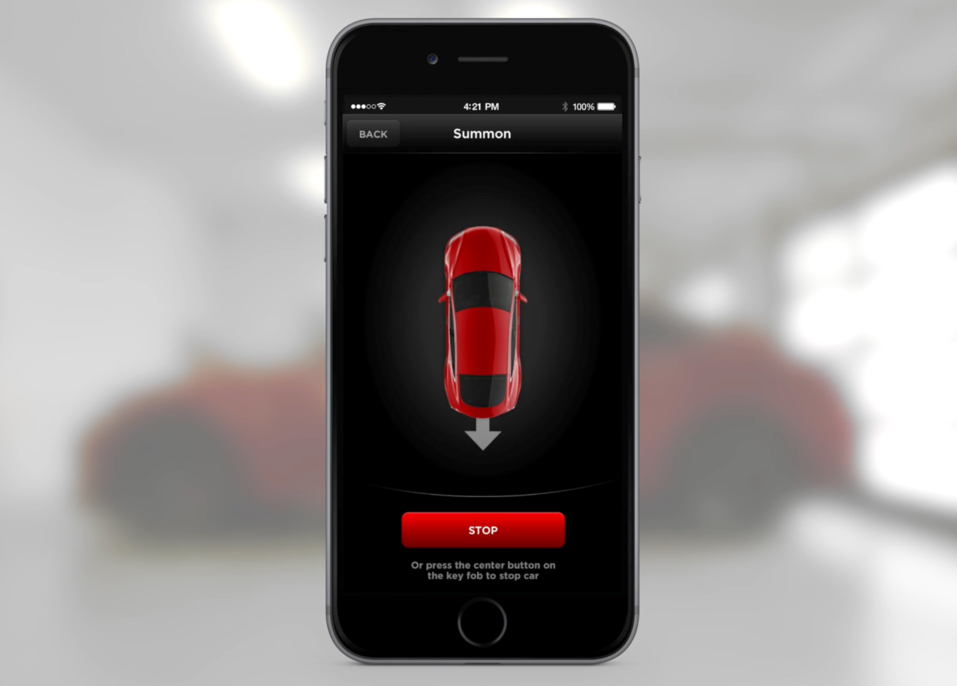 The feature, known as Summon, both parks and hails Tesla Model X SUVs or Model S sedans autonomously. Activated via the key fob or an app on the driver’s smartphone, the feature can prompt a parked Tesla to roll out of a garage or parking space, with the owner standing right next to it. To park the vehicle using the technology, the driver needs only step out of the car and hit a button to have it park itself. A new feature in Tesla’s hands-free driving technology, Summon was introduced in a January software update.

Consumer Reports says that while testing the technology, which is still in beta, it became concerned that drivers might not be able to stop the car right away if they dropped the key fob or pressed the wrong button. The company was also concerned that the car continued to move even when the user closed the Summon app on an iPhone 6S, while the car was in motion.

Consumer Reports says it informed Tesla (TSLA) about their concerns and was told engineers examined the issue and worked out a fix.

Now Summon defaults to requiring a long-press on a direction indicator from the mobile app to move the vehicle, according to Tesla. A spokeswoman confirmed the report from Consumer Reports and provided this statement:

Summon is an important step towards a safer, autonomous future. Since introducing Summon just four weeks ago, our customers have used it hundreds of thousands of times safely and successfully. As a beta feature, we continue to test Summon and collect feedback from real-world user experience. Consumer Reports surfaced valid concerns that we’ve already built fixes for, continuing to make Summon and our vehicles better.

Though noteworthy, this development is not surprising because technology in beta is expected to undergo updates. In addition, Tesla’s autonomous system has a number of safety features in place, including sensors that will stop the car if they detect an object.

However, the stakes are high for Tesla and the semi-autonomous technology it has developed. Earlier this week, the company said the most significant step towards safe, autonomous cars is its driverless parking technology, and that it “lays important groundwork” for autonomous driving.

But it’s a particularly sensitive time for autonomous vehicle technology, overall. A parking-related accident would not just derail Tesla’s autonomous vehicle ambitions, it could also slow efforts by other companies, like Google (GOOG).

Recently, the National Highway Traffic Safety Administration’s said the artificial intelligence system that controls Google’s self-driving cars can be considered a driver under federal law. This legal interpretation is an important one for Google and other automakers working on self-driving cars because it begins to clear the way towards commercialization.

It also leads to other hurdles for autonomous driving technology. Just like a human, the artificial intelligence must prove it can pass a driver’s license test—though there’s not one developed for the technology, yet.

The next question is whether (and how) Google could certify that their self-driving system meets a standard that currently applies to vehicles with a human driver. And then, the NHTSA must test—or find some way to verify—such compliance. As a result, there is still a ways to go before autonomous vehicles will be legal for public use.