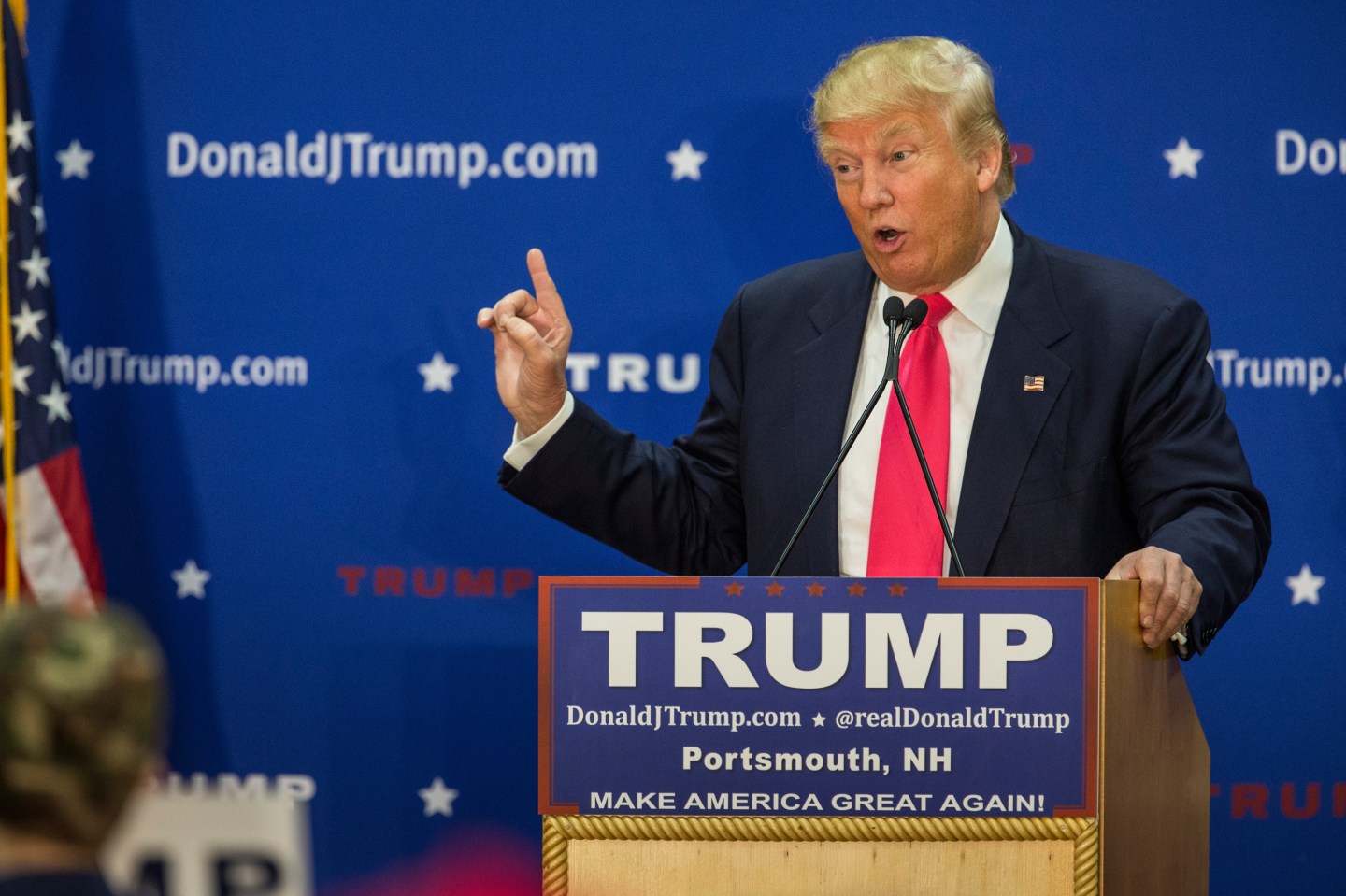 Nastiness is a bad thing for leaders, but whether it’s a bad thing for presidential candidates remains to be seen. The latest evidence comes in a poll conducted for the Weber Shandwick communications firm and its Washington-based lobbying division, Powell Tate. The big take-away: Voters absolutely hate incivility in a political candidate and say overwhelmingly that such behavior will affect their vote. They all say it. But do they believe it?

These likely voters seem to agree it’s been an outstanding eight months so far for political rudeness. Democrats say the second- and third-most uncivil candidates have been Republicans Chris Christie and Ted Cruz. Republicans say the second- and third-most uncivil have been Democrats Hillary Clinton and Bernie Sanders. But even in today’s bitterly fractious environment, America is united on identifying the nastiest presidential candidate of them all: It is of course Donald (“How stupid are the people of Iowa?”) Trump.

The problem is that if voters abhor incivility, and if they agree that by that measure Trump is the worst, then why is he such a dominant candidate? Yes, he lost Iowa, but by only three points in a 12-person field; he absolutely crushed the field in the first true primary in New Hampshire last night. He remains the favorite for the GOP nomination in every national poll.

What gives? I have a theory. Trump is the only candidate who hosted a reality TV series, and it was extremely successful; The Apprentice and Celebrity Apprentice ran for 12 seasons on NBC. He knows in his bones what TV producers have long known and the other candidates are learning: Incivility (“You’re fired!”) is good TV. Election contests have become reality TV shows, and a candidate who can give voice to what lots of voters are thinking, and do it in a way that’s good TV, offers a highly effective package. Sanders is similarly channeling the anxiety and anger of millions; he’s cranking up the Hillary insults and as he showed on Tuesday evening, it’s working, making him a fearsome challenger to Clinton’s vastly superior fundraising network and organizational prowess.

There’s just one other problem: Incivility may be an asset for a candidate in today’s environment, at least in the early going, but it’s a heavy liability for a leader. In government, business, or any other realm, rude, nasty leaders rarely succeed. They occasionally rise high, as we all probably know from experience. But leaders must work with many constituencies, and antagonizing them gratuitously is usually not good strategy. My own observation is that the most successful leaders may be tough, intense, and blunt, but they aren’t rude or nasty, at least no more so than average. The least civil leaders usually end up small-timers or failures. Think former Turing Pharmaceuticals CEO and accused felon Martin Shkreli, who non-testified before a House committee last Thursday morning (pleading the Fifth Amendment in response to questions), then called the committee members “imbeciles” in a tweet that afternoon.

In the survey, half the respondents say they have refused to vote for a candidate in the past because of uncivil behavior. I hope they’re telling the truth and that they’ll keep voting that way.