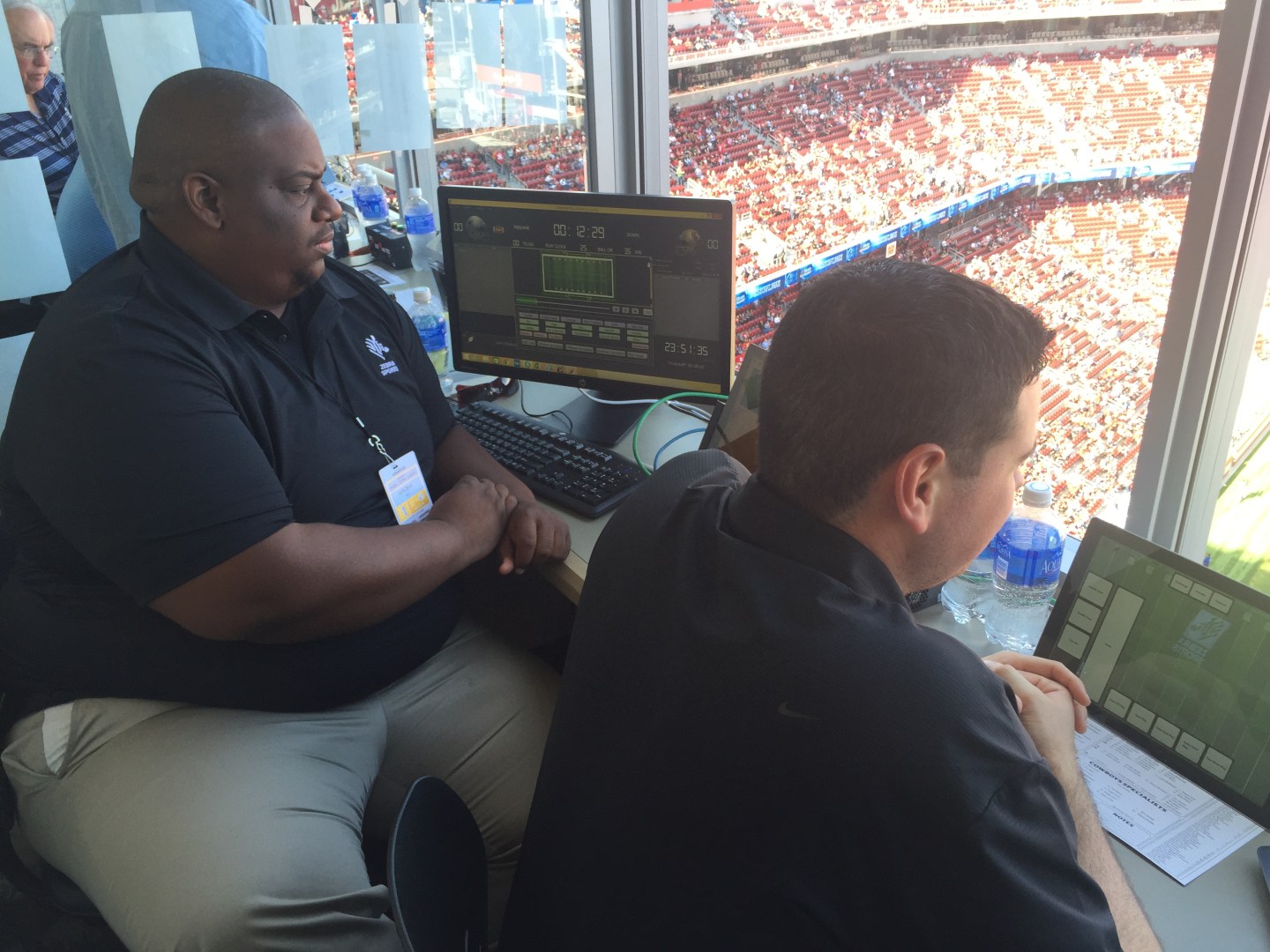 Zebra staff making sure the tech is working at Levi's Stadium during a preseason game.
Jonathan Vanian

I attended the Super Bowl on Sunday, my first time at football’s and corporate America’s greatest spectacle of the year. In light of this once-in-a-lifetime experience, I thought I’d depart from the usual commentary about tech business news and share just a few of my thoughts from a momentous day.

Technology was very much on my mind as I entered Levi’s Stadium, also for the first time. I’m glad to report that for all the vaunted techno-spiffiness of the building, what its builders got most right had nothing to do with the digital world. With gorgeous sight lines from multiple angles, Levi’s Stadium is a great place to watch football.

Technology affects how one watches the game though. Massive monitors with stunning high-definition clarity pose a challenge: Watch the physical players on the field or their likenesses magnified on screen? (I typically chose to watch the real game first and televised re-play second.)

Then there was the comical and frustrating tendency of fans to stare into their phones while the biggest game of the year played out in front of them. I tried my best to avoid such behavior—until I saw the woman in front of me Facetiming someone. It immediately occurred to me that my 84-year-old father, a lifelong football fan and recently the proud owner of his first iPhone, would love to see the action from my perspective. He was delighted.

A word on branding. Most professional stadiums look like trade expos for all the ads plastered on every available wall. I counted precisely four brands visible from my seat: Levi’s, Pepsi, SAP (the enterprise software company whose software the stadium’s home team, the 49ers, uses), and Bud Light. (This Adweek article notes other brand presence in the stadium.) I couldn’t help but think that allowing so few brands to have major positions showed tremendous restraint by the stadium’s management.

It was a day I’ll never forget, and for the record, I enjoyed the game as much as the halftime show.