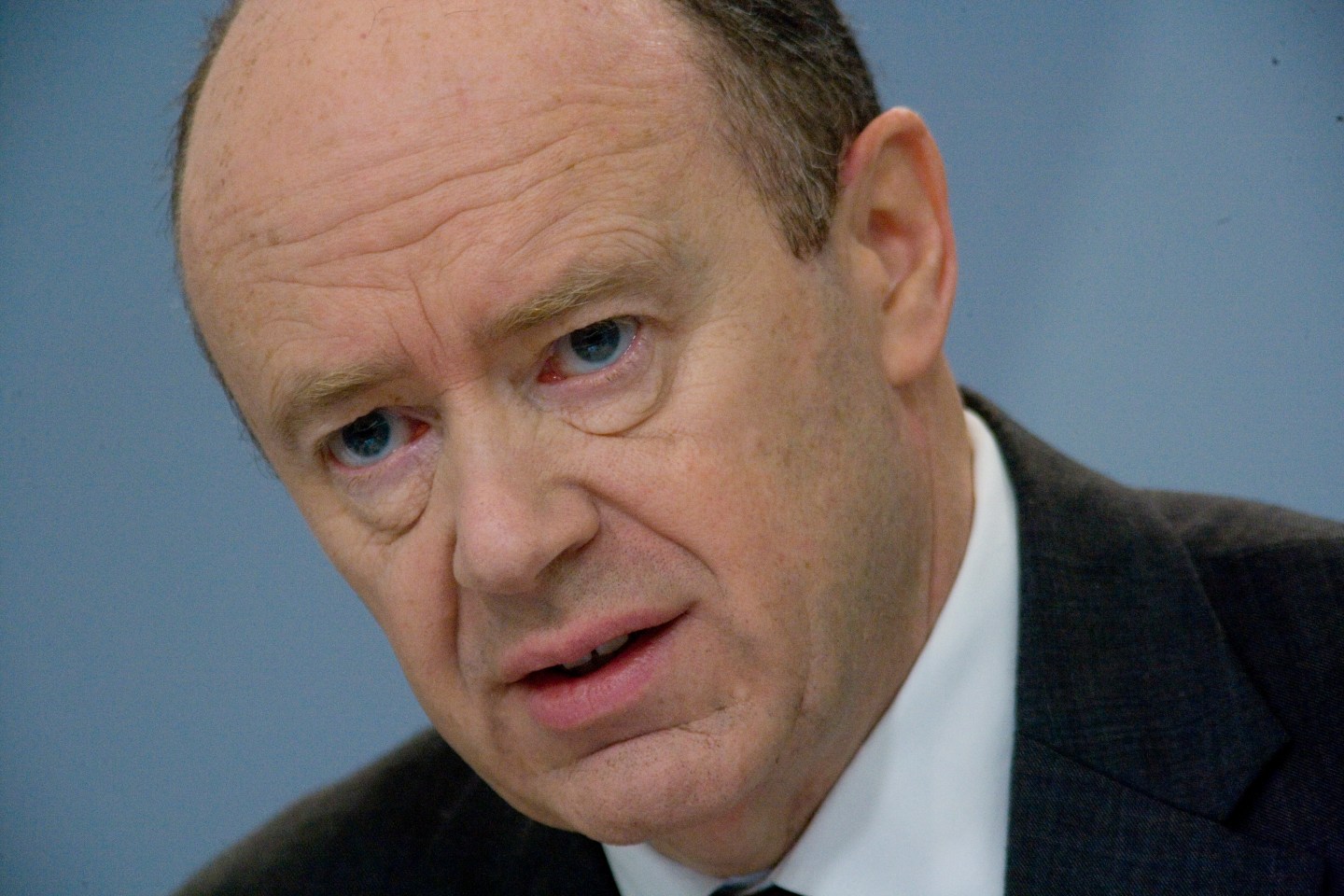 In a memo to employees today, Deutsche Bank co-CEO John Cryan told his colleagues that they could reassure their clients that “Deutsche Bank remains absolutely rock-solid.”

It was a startling admission of vulnerability for the bank’s unflinching chief, meant to calm both employees and clients after the bank’s shares were rocked Monday amid worries that it was not solvent. The worries started amid a broad bank selloff in Europe Monday, when Deutsche Bank (DB) shares slumped 9.5% on concerns about its ability to maintain bond payments.

Late Monday, the German bank said that it had “sufficient” reserves to make payments due this year on so-called AT1 (Additional Tier 1) securities.

“The market also expressed some concern about the adequacy of our legal provisions but I don’t share that concern,” Cryan continued in the memo. “We will almost certainly have to add to our legal provisions this year but this is already accounted for in our financial plan.”

Cryan went on to note that in line with its goals of becoming the “most respected financial services provider across all customer segments in Germany” and the “best foreign bank in the United States and Asia,” Deutsche Bank was hiring people in equity sales and research as well as senior bankers in corporate and investment banking, and it was investing in client-facing technology for retail banking and asset management.

It has been a rough ride for Cryan since he took over as co-CEO last July. In October, he announced that the bank needed to improve performance, lower its risk profile, increase its capitalization, and cut costs. As part of that, he said the bank would lay off 9,000 employees, as well as 6,000 more outside contractors.

Cryan’s moves do not seem to have won over investors—at least not in the current tough environment in banking. Deutsche Bank shares are down more than 50% since he took over. At 8 a.m. ET Tuesday the shares were down 2.4% in European trading.

Fortune has contacted Deutsche Bank for comment and will update this story if it responds.