Jeb Bush Tries to Insult His Way to the Presidency 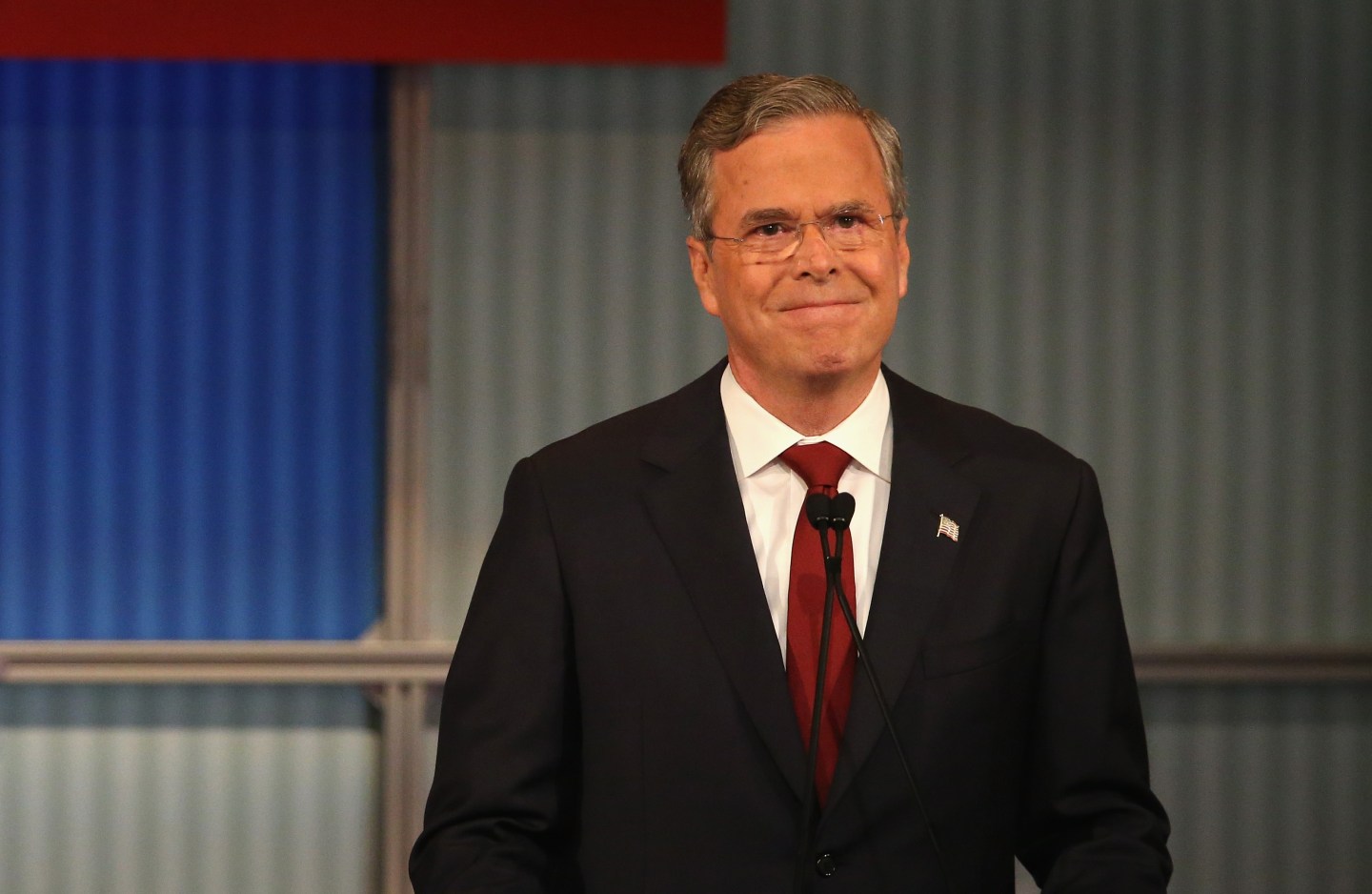 MILWAUKEE, WI - NOVEMBER 10: Republican presidential candidate Jeb Bush smiles during the Republican Presidential Debate sponsored by Fox Business and the Wall Street Journal at the Milwaukee Theatre November 10, 2015 in Milwaukee, Wisconsin. The fourth Republican debate is held in two parts, one main debate for the top eight candidates, and another for four other candidates lower in the current polls. (Photo by Scott Olson/Getty Images)
Photograph by Scott Olson—Getty Images

When Trump’s name came up during a word association game on MSNBC’s “Morning Joe,” Bush immediately responded “loser.” The former Florida Governor had more to say about Trump, going after the rest of the GOP for not attacking the real estate mogul.

“The guy’s just a real-estate guy,” Bush said. “He’s gone bankrupt four times. He’s a successful man, but he’s not perfect by any stretch of the imagination. So why not confront him and challenge him?”

Trump would later call in to “Morning Joe” to respond, calling Bush a “stiff” and saying that he wouldn’t hire him.

“Jeb is an interesting duck,” Trump said. “Here’s the story on Jeb: He’s a stiff who you wouldn’t hire in private enterprise, OK? This is a stiff. This is a guy that if he came looking for a job, you’d say, ‘No thank you.’ And that’s the way it is.”

Trump, the Republican front-runner, has been insulting Bush, the establishment darling trying to regain his place in the polls, since the beginning of the campaign, dubbing him a “low-energy” candidate. Bush attempted to take the high road, telling Trump at a December Republican debate: “You’re not going to be able to insult your way to the presidency.”

Bush seems to have since given up, taking charge in the effort to take Trump head on—even calling the practice “therapy.” He later clapped back at Trump on Twitter, repeating the insult.

.@realDonaldTrump, you aren’t just a loser, you are a liar and a whiner. John McCain is a hero. Over and out.