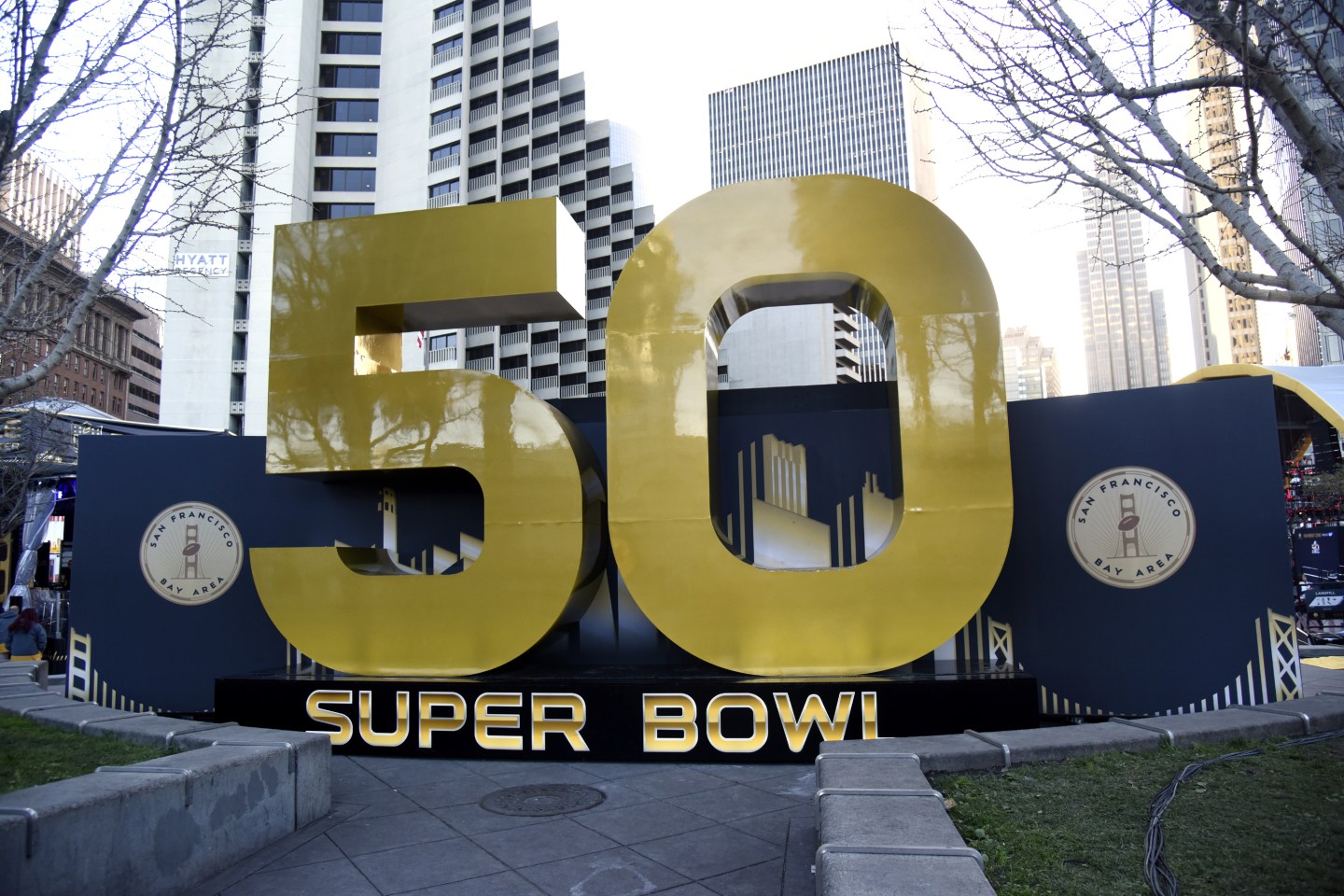 It’s no surprise that Broncos and Panthers fans are excited for Sunday. After all, their teams have made it to Super Bowl 50.

While most people weren’t able to make a trip to see the game live and in person (most will be watching from home or streaming online), some diehard fans decided to do something a little different. Indeed, ticket prices are on track to be the most expensive ever, preventing many from making the trek.

Meet the Engelmann family. The family of three–dad Chad, mom Jami, and five-year-old Avers–made the trek from their hometown of Arvada, Colo., to San Francisco’s Super Bowl City, a playground for sports fans erected to pump up residents and others for the game. They weren’t alone as more Broncos fans have been making the journey, too.

But what’s a little different about their vacation is that they didn’t stay to see the action live. In fact, they went home about a week before the big game. Despite the name, Super Bowl City is quite the trip—about 50 miles—from Levi’s Stadium in Santa Clara, Calif., where the game is being held.

No matter, the Engelmanns told Fortune, that they hadn’t won the NFL’s ticket lotto to watch the Broncos take on the Panthers. But instead of giving up because they couldn’t experience the game for themselves, they made a decision. With a desire to honor their family, who’ve been diehard Broncos fans since 1969—with Jami’s grandmother Bette Marie Roberts the biggest of all—they traveled to Super Bowl City with no intention of staying for the Super Bowl.

All in all, the family spent about $2,500 for the three-day, four-night vacation (although that price didn’t include plane tickets: Jami is a Delta flight attendant and the family flies free on standby).

Jami Engelmann told Fortune about a particularly inspirational moment she experienced at a Broncos game on Oct. 19, 2014, while her grandmother was hospitalized. “We were playing a home game against the San Francisco 49ers that night, and Peyton Manning had a chance to break Brett Farve’s touchdown record,” she recounted. “That night we did not know if grandma was going to make it through the night, but I knew where she would want me to be, and that would be there rooting on her Broncos and watching Peyton Manning break that record.”

Manning, of course, broke the record that night. “I was thinking how much my grandma would love to be here to watch history being made,” Engelmann said. “But I was praying and hoping she was, at least, watching it in the hospital. It was a very emotional game for me.”

But then something “amazing happened,” she added. “As Peyton was walking off the field swarmed by cameras, he walked directly towards me and handed me his sweat band from the arm that he just broke the record with.” She rushed to the hospital, gave grandma the wristband, and shared the story—and it seems like the family has been even bigger Broncos fans ever since.

“My love for my grandma and the love and passion I shared with her for the Broncos inspired us to go to San Francisco,” Engelmann said. “It was just me, my husband and my 5-year-old daughter.” Jami’s grandmother passed away in August at age 99, and they figured what better way to honor her life than to experience the Super Bowl as a family.

“These two weeks have been as hard as the week I lost her because I know how much she would have loved this,” she explained. “So since we could not afford to go to the Super Bowl since we were not picked in the lottery, we went to San Francisco to show support for Bronco Nation.”

The family said they had a great experience. “We went to the NFL Experience and took in all the history of the NFL,” Engelmann said. “And the next day we went to Super Bowl City and took in the sights—all while donning all our Bronco gear.”

For more on the Super Bowl, Fortune took a look many of the trends about the game over the years, including gambling, television ratings, where it’s been hosted, and more.

Fortune has reached out to the NFL for comment, and we will update this post once we hear back.