The Greatest Travel Nightmare of 2016 Is About to Start 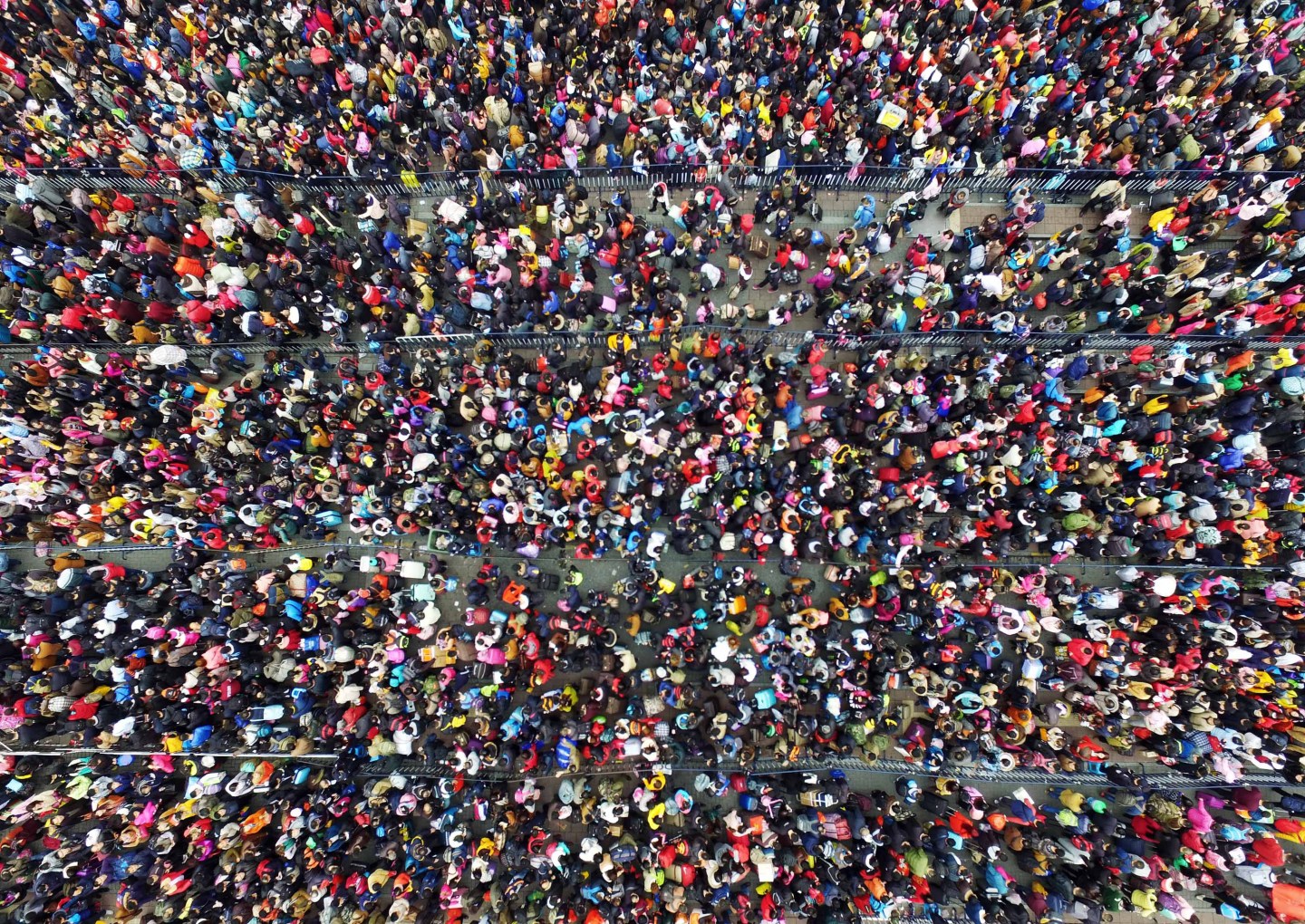 GUANGZHOU, Feb. 2, 2016 -- Passengers rushing home for the coming Spring Festival, or the Chinese Lunar New Year, are seen stranded out of Guangzhou railway station in Guangzhou,south China's Guangdong Province, Feb. 2, 2016. Some 50,000 passengers were detained in the railway station due to delays of trains caused by continous bad weather. (Xinhua/Liu Dawei)
Photograph by Liu Dawei — Xinhua News Agency via Getty Images

The Chinese New Year celebrations officially start this Sunday in China, and this means that the world’s greatest annual migration of people is already taking place.

That means the travel for millions of Chinese back to their hometowns has started, and has become the ultimate test of patience for those caught in the crowd. Last Monday, around 176,000 commuters were reportedly stranded at the main station in Guangzhou, the capital of the southern Guangdong province, as snow and ice caused delays of 23 trains by at least an hour. The situation was no better at the Shanghai Hongqiao Railway station, the largest train station in Asia:

Over 100k passengers trapped in Guangzhou Railway Station on Mon, due to train delays in #SpringFestival travel rush pic.twitter.com/DcajMP3oAq

Many of these Chinese are workers who have migrated from rural areas to major metropolitan regions for work, and are hoping to return home in time for the first day of the celebrations on Feb. 8. The holidays —this year it’s the Year of the Monkey — act as a way to mark the start of the Chinese lunar calendar.

It is also regarded as the country’s most important annual festival. For one week beginning Feb. 7 to 14, a public holiday is declared in the country, giving many an opportunity to return to their hometowns or, in recent years, for families to take a long vacation abroad.

The return, of course, is mammoth. Around 2.91 billion trips are expected to be taken during the official extended travel period for the Spring Festival, which is between Jan. 21 and March 3. That’s a 3.6% growth from last year, according to China’s Ministry of Transport, and the average traveler will cover 255 miles during this period.

The rail networks are not the only way to transport millions of traveling Chinese. “I booked my plane ticket more than one month in advance,” said Michelle Qi, director of investor relations at Ctrip (CTRP), a publicly-listed online travel agency. This year, around 2.5 billion trips on the road are expected to be taken, along with 332 million trips by train and 55 million through the air.

To put this into context, last year’s Chinese New Year traveling population was 60 times the size of the Thanksgiving crowd in 2014. The Chinese also spent twice as much during the Spring Festival holiday week, according to Bloomberg, when put side-by-side with the much-hyped twin shopping period of Thanksgiving and Black Friday.

But in recent times, a significant group of Chinese have spurned the return to see their relatives and loved ones, and chosen to escape the madness by holidaying abroad. An estimated 6 million outbound trips are expected to take place this year during Chinese New Year, according to Ctrip, and that’s a 100% growth over the previous year. “Japan, Korea, Thailand, these will be very popular destinations,” company senior director of investor relations Zhou Shiwei told Fortune.

Some are even considering further travel. Tourism destinations around the globe are expected to see nearly 40% more Chinese tourists during the Spring Festival holiday, and peak air traffic to major European and U.S. cities are expected to grow by 250% this year, Shiwei said. Data provided by the Los Angeles Tourism board, for example, shows a 40% increase in air bookings from Chinese visitors to L.A. during the three-week Spring Festival travel window.

Their presence at these destinations is also expected to be an economic boon — according to Ctrip, the average spending per outbound traveler is expected to reach around 10,000 renminbi, or $1,520, during the one-week holiday period.

Easier visa requirements for Chinese travelers, more flight connections to destinations like the U.S., and a purchasing power to match their holidaying interests have combined to push more Chinese outside of their shores during the Spring Festival. “And relatively speaking, these places are less crowded,” said Shiwei.