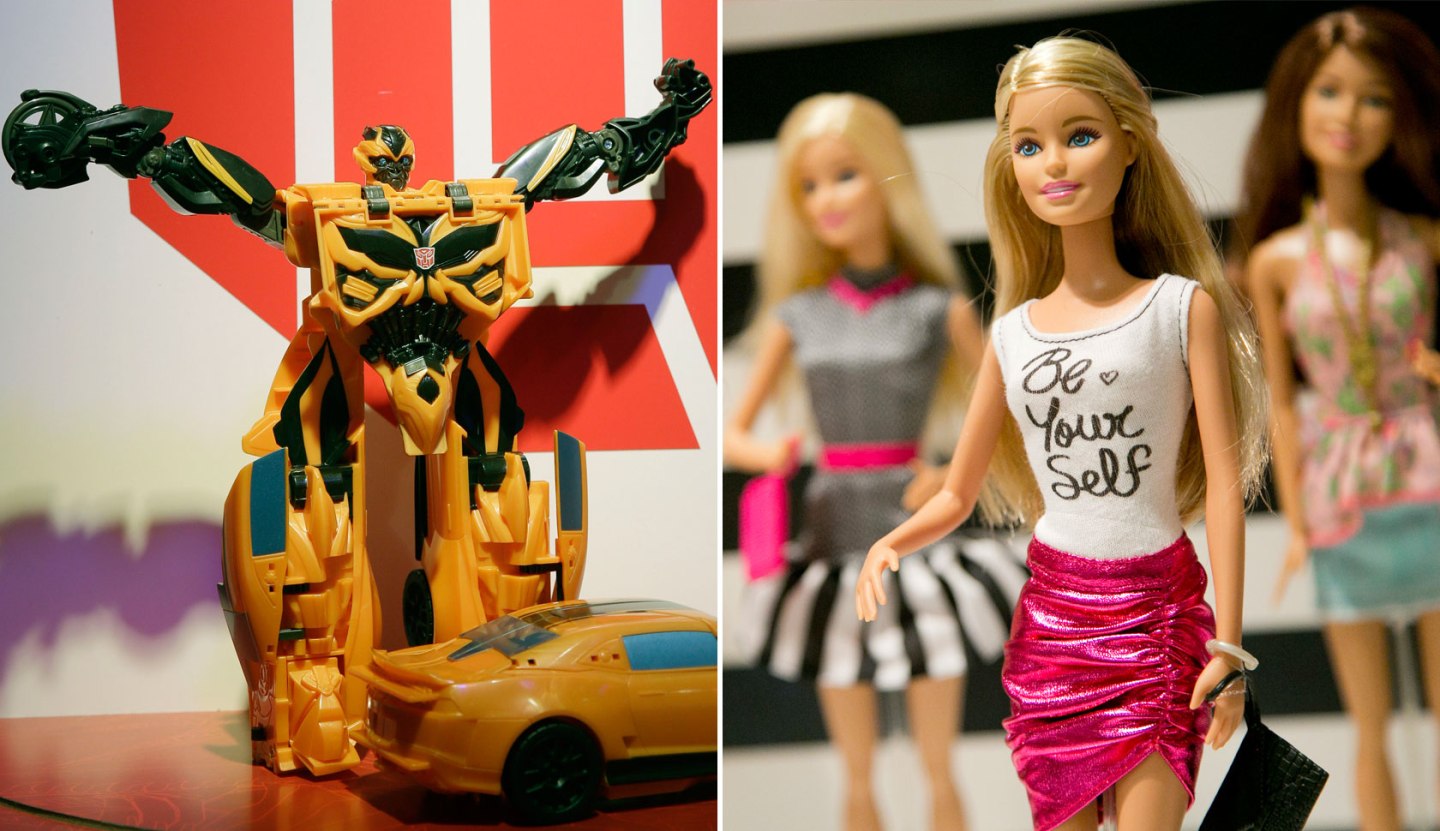 Mattel and Hasbro, by far the largest U.S.-based toy companies, are reportedly in talks to potentially merge in a deal that would combine Barbie, Transformers, Fisher-Price and Nerf into the same toy box.

Hasbro (HAS) approached larger rival Mattel (MAT) about a possible deal late in 2015, Bloomberg reports, citing people familiar with the matter. The toy makers have held on-and-off talks about a deal since then. The terms of how a transaction might be structured couldn’t be determined, Bloomberg reported. Shares of both companies rose on the news on Thursday.

Mattel, with $5.7 billion in annual revenue, is the larger of the two but the company’s market valuation is fairly even. Mattel is worth $11.3 billion while Hasbro is worth $9.5 billion.

A deal would combine Mattel, long known as a “girls” toy company with brands like Barbie, Monster High and American Girl, with legacy “boys” company Hasbro, which sells Transformers, Nerf, and many Marvel and Star Wars action figures. Those lines have blurred of late – Hasbro for example scored a big win when it won the nearly $500 million Disney Princess fashion doll license away from Mattel.

A Hasbro-Mattel union would likely bring up some concerns about competition in the $19.5 billion toy industry. Though it is a massive market with a lot of players, Hasbro and Mattel are by far the largest U.S.-based toy companies and compete for key shelf space and licensing agreements with Walt Disney (DIS) and other content holders that don’t do a lot of their own manufacturing.

This merger would also come at a time when the toy industry has been performing well. Strong sales of licensed products tied to hit films like “Star Wars” and “Frozen” have helped boost sales in recent years. Of the two, Hasbro has performed more strongly thanks to a strong relationship with Disney (which also killed a possible deal with rival studio DreamWorks Animation). Mattel’s business has faced more pressure of late, and CEO Christopher A. Sinclair has steered a turnaround effort that began last year.