Rand Paul Is Dropping Out of the GOP Primary 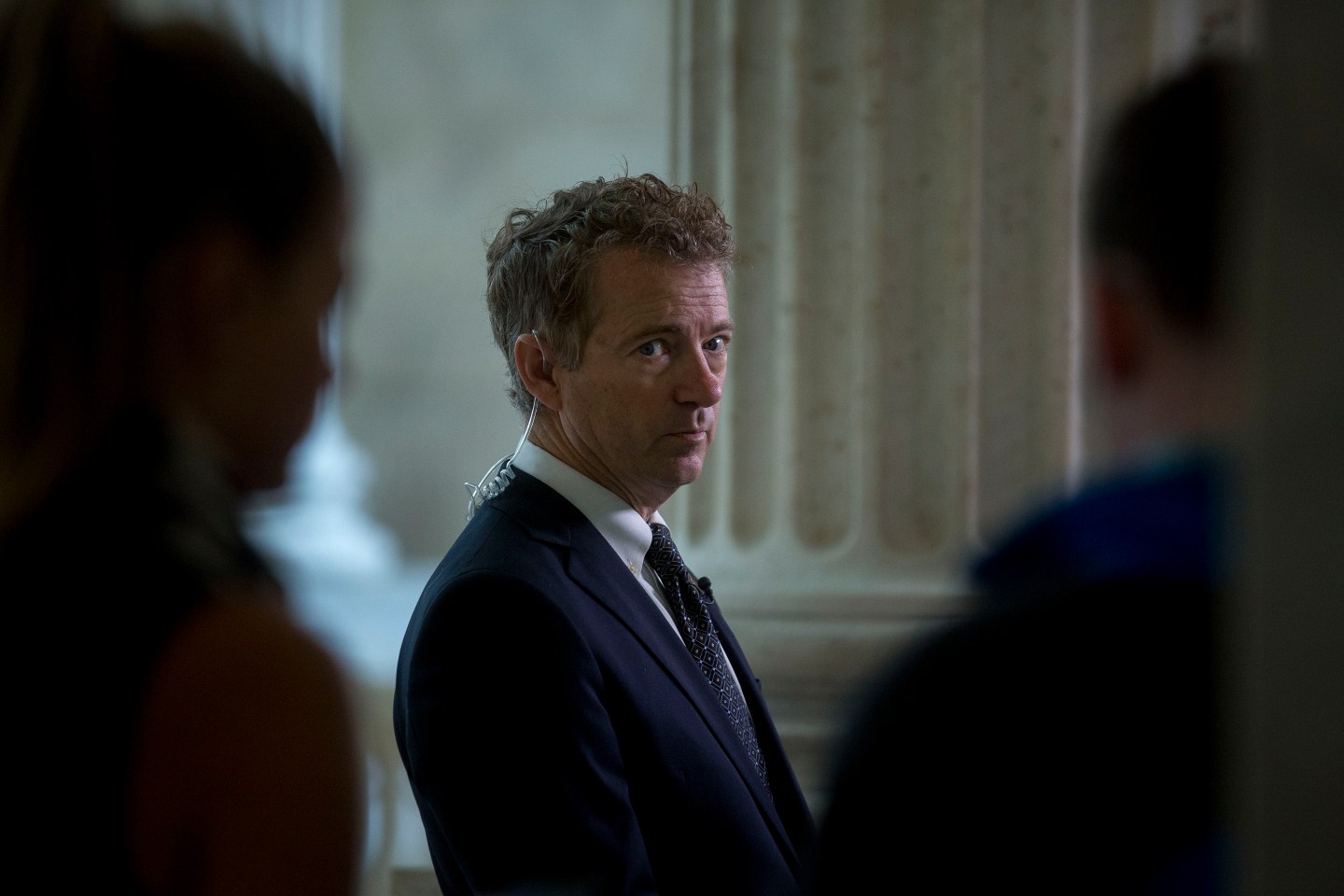 Senator Rand Paul, a Republican from Kentucky and 2016 presidential candidate, pauses during a television interview at the Russell Senate Office building on Capitol Hill in Washington, D.C., U.S., on Thursday, Oct. 29, 2015. The House passed a two-year budget plan this week that averts a U.S. debt default in a rare bipartisan vote that signals a possible end to fiscal battles. Senate Majority Leader Mitch McConnell of Kentucky said his chamber will quickly start weighing the legislation. Photographer: Andrew Harrer/Bloomberg via Getty Images
Andrew Harrer--Bloomberg

Kentucky Sen. Rand Paul is calling quits on his presidential bid Wednesday, according to two people familiar with his plans.

Paul, who finished in fifth place in the Iowa caucuses and picked up a single delegate to the Republican National Convention, has struggled with money and for voter attention for most of the last year of his candidacy.

He is getting out of the race to focus on winning re-election to his Senate seat, a race for which he just received a challenger last week.

“It’s been an incredible honor to run a principled campaign for the White House. Today, I will end where I began, ready and willing to fight for the cause of Liberty,” Paul said in a statement.

“Although, today I will suspend my campaign for President, the fight is far from over,” Paul continued. I will continue to carry the torch for Liberty in the United States Senate and I look forward to earning the privilege to represent the people of Kentucky for another term.”

Paul’s campaign struggled to get off the ground as his libertarian message proved ill-timed amid new fears surrounding international terrorism and the rise of ISIS.

Paul had sought to expand on his father, Ron Paul’s, bloc of libertarians by bringing new voters into the Republican Party, but watched as a better funded and organized Ted Cruz managed to pull many of them toward his campaign.