Ted Cruz Wants to Raise Taxes on Your Grandma 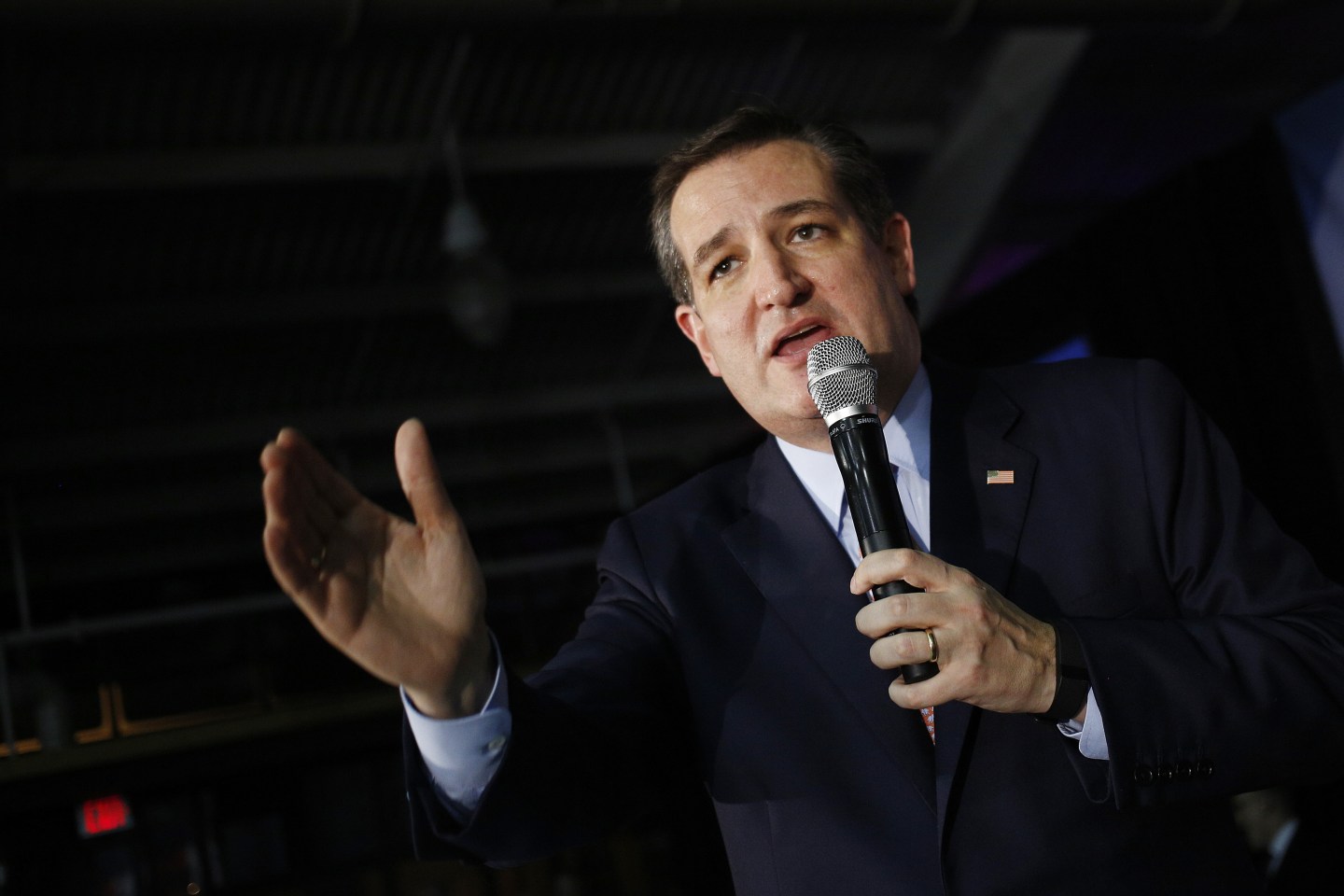 Senator Ted Cruz, a Republican from Texas and 2016 presidential candidate, delivers remarks during his campaign's caucus night celebration at the Elwell Center on the Iowa State Fairgrounds in Des Moines, Iowa, U.S., on Monday, Feb. 1, 2016. Cruz won the Iowa Republican caucuses in an upset over billionaire Donald Trump, while Democrat Hillary Clinton was clinging to the narrowest edge over Senator Bernie Sanders of Vermont. Photographer: Luke Sharrett/Bloomberg via Getty Images
Photograph by Luke Sharrett—Bloomberg/Getty Images

The winner of the Iowa Caucuses was the political outsider.

Pundits have tried to spin the results of the first presidential primary of the 2016 election as good for the establishment. Hillary Clinton winning more delegates in a state that is demographically favorable to Bernie Sanders may set her up to withstand the Vermont Senator’s insurgency. And Marco Rubio’s outperformance of expectations could be signaling the beginning of electability-minded Republicans coalescing around The Handsome One.

But take a step back and you realize that Iowa’s caucuses mostly told us what we already knew: at least half of the each party’s respective base is angry and seems to be calling for radical change. The question is whether voters just want change or the actual changes the leading candidates are proposing.

On the Republican side, Ted Cruz has endorsed policies that would fundamentally change who pays the federal government’s bills, and how.

Expect the establishment wing of the Republican Party to increasingly draw attention to this fact, especially when it comes to his tax policy. While on the one hand Cruz’s plan hews to Republican orthodoxy in its large tax cuts for the wealthy, he also embraces a European-style Value Added Tax, which is a lot like a sales tax, as replacement for all payroll taxes, and which would enable the elimination of all income tax outside a 10% flat tax for all earners.

There’s a lot for a conservative tax wonk to like about the Cruz plan. It would greatly increase incentives to invest, work, and save money. That’s because instead of taxing earnings, it would instead tax the consumption of goods, which, if it were to lower U.S. consumption, could help close the trade deficit with China and the Middle East, among other things. The downside to this is that his plan is both very regressive—shifting the burden of paying for the federal government onto the middle and lower classes during a time when only wealthy Americans are seeing economic gains—and that it places particular pressure on older Americans living off of social security.

As my colleague Shawn Tully points out, the Cruz plan would increase the price of the things we buy everyday by a lot. Cruz would argue that this would be more than offset by his tax plan’s increase in take-home pay. But what about people who no longer earn wages, like retired folks living off social security? They worked their whole life paying income taxes, and if Cruz’s plan is enacted, will have the rules of the game change on them when they can afford it least. Their entitlement payments won’t go up, but the price of everything they buy will.

Since older Americans vote in greater numbers than any other demographic group, and senior citizens are now one of the Republican Party’s most reliable voting blocks, expect Republican hopefuls to increasingly attack Cruz on this point in New Hampshire this week and beyond.