Here’s Chipotle’s Plan for Never Having Another E. Coli Disaster 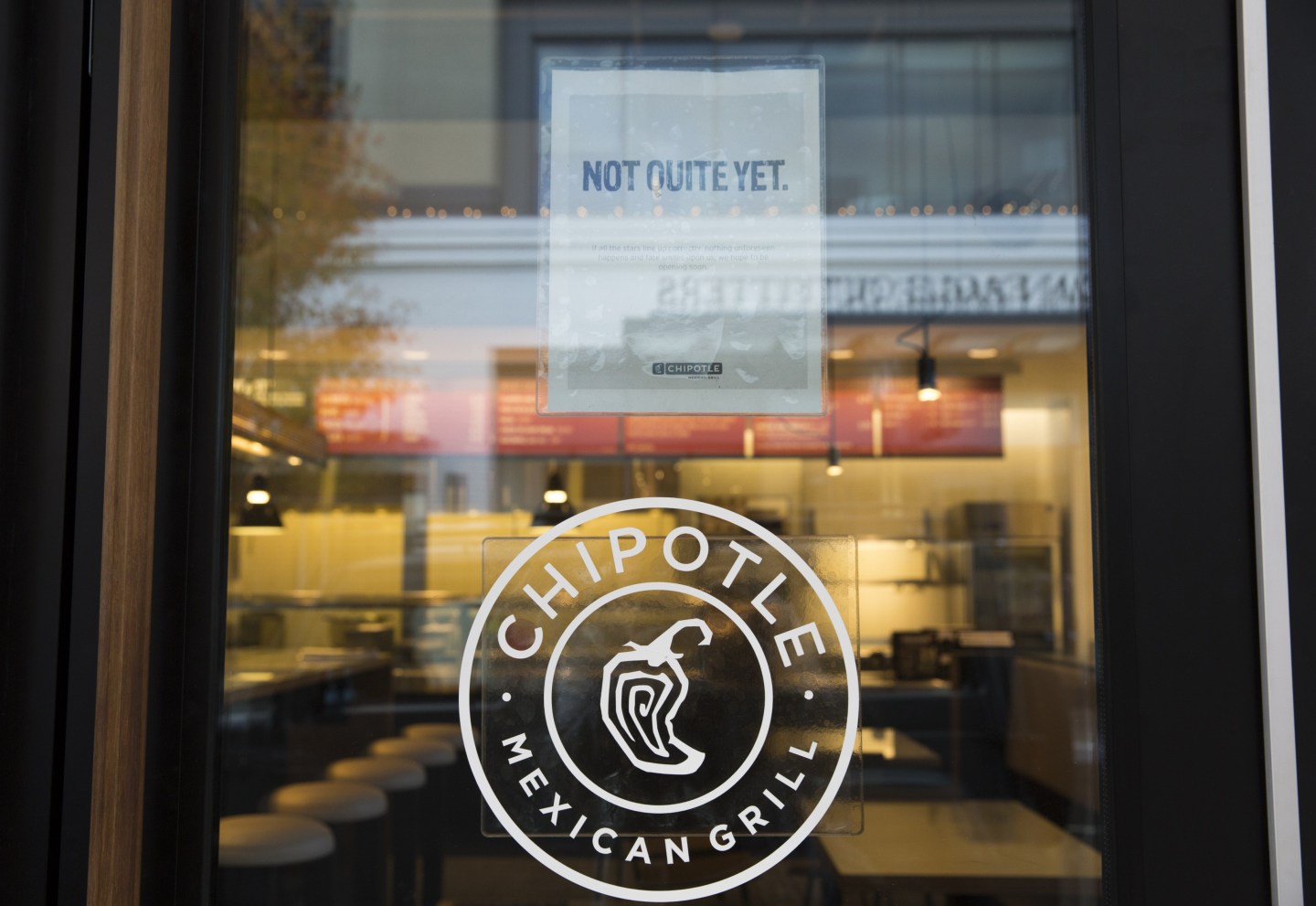 A sign saying "we hope to be opening soon" is pictured outside a new Chipotle Mexican Grill location at University Village in Seattle, Washington on November 3, 2015. An outbreak of E. coli bacteria linked to Chipotle Mexican Grill restaurants has spread, with the number of people sickened rising from 22 to 37, US authorities said November 3, 2015. In the northwest state of Washington 25 people have been infected, up from 19. Twenty-three of them reported eating at a Chipotle burrito outlet before getting sick and nine were hospitalized, the state health department said. The victims range in age from five to 60. In neighboring Oregon the number has risen from three as of November 1, 2015 to 12 in and around Portland. AFP PHOTO / JASON REDMOND (Photo credit should read JASON REDMOND/AFP/Getty Images)
Photo by Jason Redmond AFP/Getty Images

This year will be all about food safety for Chipotle (CMG).

That’s the message that company executives tried to send to investors on its fourth quarter and full year earnings call today as the Mexican food chain grapples with the impact of E. coli and Norovirus outbreaks that have crushed sales.

Co-CEO Steve Ells said the company wanted to be a “leader in food safety” and had put procedures in place that would reduce the risk of further incidence to “as low to zero as possible.”

Chipotle is experiencing what Ells called the “most challenging time” in the company’s history as it deals with the aftermath of its food safety issues. Chipotle reported its first-ever quarter of declining sales, with revenue down 6.8% to just under $1 billion. During the period same store sales declined 14.6% and net income plummeted 44% to $67.9 million.

Yesterday the Centers for Disease Control announced that Chipotle’s E. coli outbreaks were over. But the company delivered a set back on the call, saying that it had received a federal subpoena for all food safety matters at the end of January, broadening the scope of an investigation that had previously been specific to a single store in California.

On the call executives outlined steps that the company has taken to improve its food safety practices, which Ells said “go well beyond industry standards.” The broad changes in practices may stem from the fact that Chipotle and investigators have not been able to identify the specific cause of the food safety problems. Here’s the rundown: