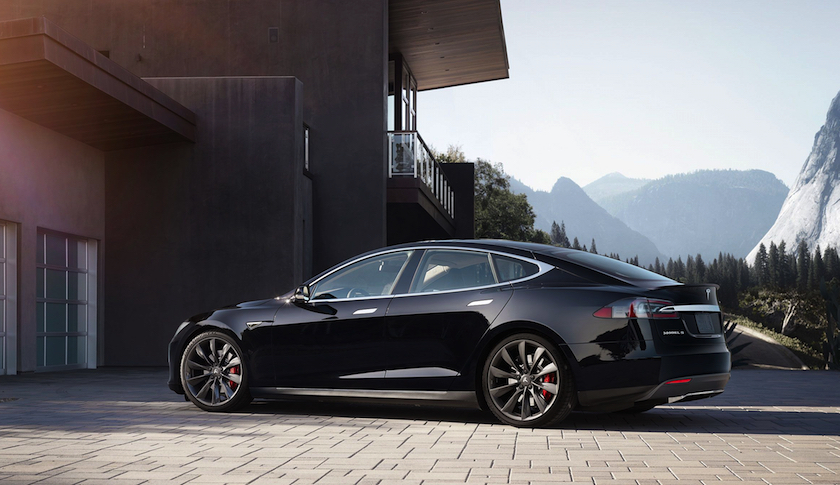 Tesla Motors has applied for a dealer license in Michigan, a move that suggests the all-electric automaker is trying to test the limits of a state law that prevents it from selling vehicles there directly to consumers.

The “Class A” license, which also requires a repair facility be within 10 miles of the business, is being reviewed by the Michigan Secretary of State, and a decision is expected in a month or two, the Detroit News reported. Tesla confirmed to Fortune that it has applied for the Michigan dealer license.

Tesla has a different business model than other automakers. It sells its own cars directly online and through its own branded stores, not through franchised dealerships. All U.S. states have laws that prevent automakers with existing franchisees from opening their own dealerships to compete with them. However, dealer associations in a number of U.S. states, including Massachusetts, Missouri, North Carolina, and Washington, have tried to expand the law to include manufacturers like Tesla that don’t have franchise dealers.

The dealership lobby was effective in Michigan. In October 2014, Gov. Rick Snyder signed a bill initiated and backed by the Michigan Automobile Dealers Association that effectively bans Tesla from selling directly to consumers in the state.

Tesla’s application is not a signal that it’s going to suddenly change its business model. Instead, it appears to be a test of sorts to see where it stands in Michigan so it can prepare for a potential battle.

In a statement, a Tesla spokeswoman said:

As recently amended, current Michigan law prohibits Tesla from being able to license its own sales and service operations in the state. Submission of the application is intended to seek the Secretary of State’s confirmation of this prohibition. Once confirmed, Tesla will review any options available to the company to overturn this anti-consumer law.

Cut through the legal jargon and this statement says a lot, including that Tesla expects its request will be denied. Tesla’s “options” would be to find a lawmaker to support legislation that would allow it to sell cars in the state, or more likely, take legal action.

In states that have banned direct sales, Tesla can still have a showroom, where consumers can look—but not buy—its Model S and Model X vehicles. Tesla staff cannot discuss the cost of the car and have to instead, direct customers to the website or a store in a neighboring state for more information.

The Federal Trade Commission has sided with Tesla and believes states should not block direct car sales.

While several states, including Texas and Arizona, have passed laws that prevent Tesla from selling cars directly to consumers, the Palo Alto-based company has had some success in overturning (or clarifying) laws to allow direct sales. New Jersey Gov. Chris Christie signed a bill in March that lets manufacturers of zero-emissions vehicles sell directly to customers, effectively lifting a ban placed on Tesla by the state’s motor vehicle commission.

Maryland Gov. Larry Hogan and Georgia’s governor both signed laws in May that allows makers of electric and other non-fossil fuel-burning cars to sell directly to consumers. The law went into effect in October.