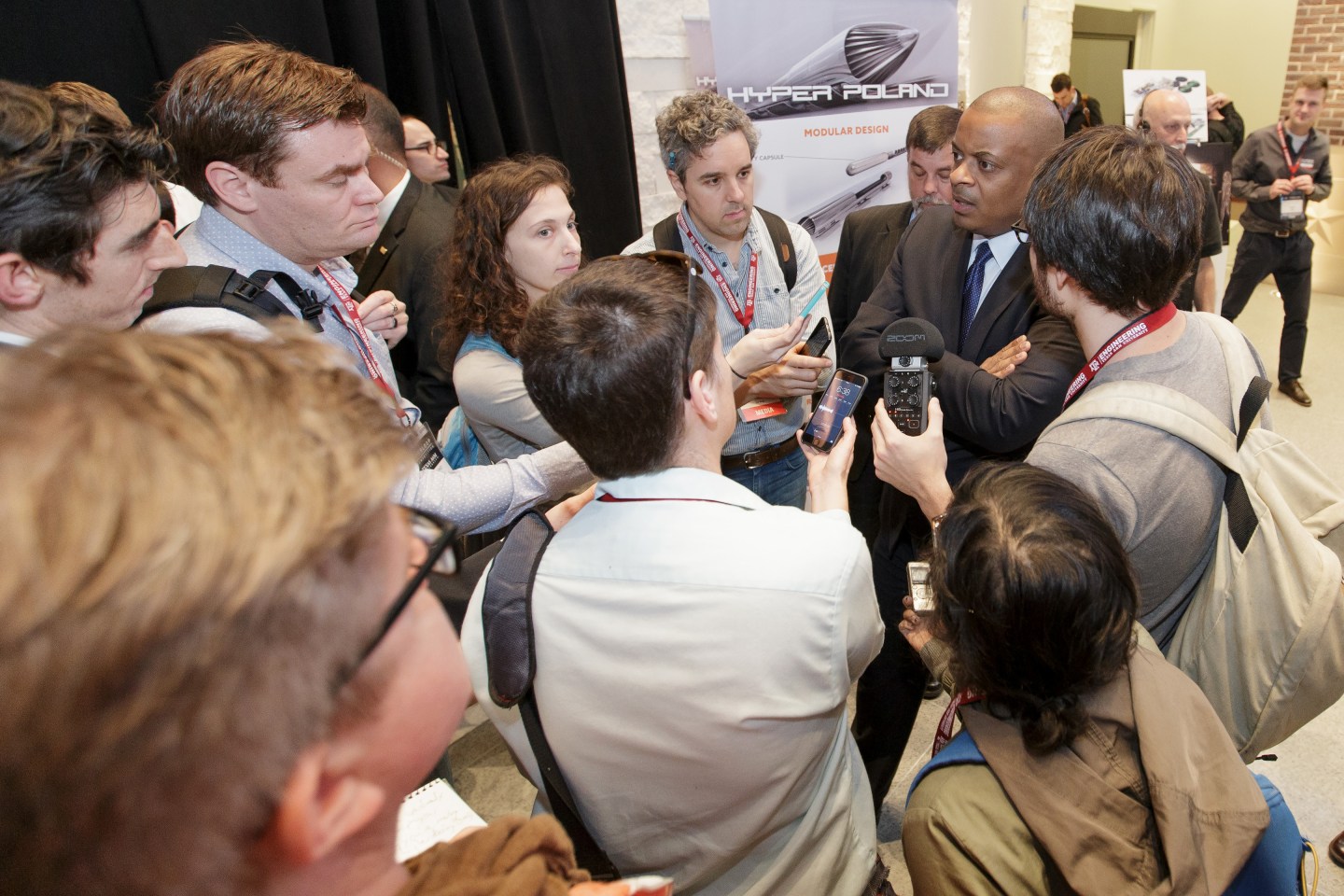 U.S. Transportation Secretary Anthony Foxx said Friday that the Hyperloop, a futuristic transportation concept involving levitating pods, may be a candidate for research funding from his department.

Secretary Foxx’s said the money could come from his department’s University Transportation Centers program for research into new ways of getting around. That program gives grants to over 30 research centers nationwide totaling up to $72.5 million annually.

Foxx’s comments, made at the SpaceX Hyperloop Design Weekend in College Station, Tex., got a warm reception at the event, a conference and competition for college students working on Hyperloop prototypes. The Hyperloop, as outlined in a 2013 paper by SpaceX and Tesla founder Elon Musk, would transport passengers or freight in pods levitating through a low-pressure, tube-like track at up to 700 miles per hour. Musk has described it as a “cross between a Concorde and a railgun and an air hockey table.”

But, shortly after comparing a still very speculative idea with the advent of the wheel, Foxx brought the audience back to earth about the still unrealized Hyperloop dream. “There’s a lot of research that still needs to be done. It’ll be a while before we see something like this on the ground.”

In fact, Foxx admitted that he had been a Hyperloop skeptic. “When I first heard about the Hyperloop, I was less than enthusiastic. I had a lot of reservations,” he said.

But Foxx came around to a more upbeat viewpoint—not necessarily because he had been sold on the Hyperloop itself, but because of a more general desire to promote innovation. “Government must resist the urge to reflexively say no,” Foxx said. “We’re looking to play a constructive role in embracing new technologies.”

The Department of Transportation and the Obama administration have recently put that sentiment into action with $4 billion in funding for self-driving car research.

But despite Foxx’s enthusiasm, the potential pool of federal funding for Hyperloop technologies is relatively small. Hyperloop Tech, one of the startups trying to build a working Hyperloop system, has already raised around $80 million from private sources.

Foxx went on to draw attention to more immediate solutions to mounting strains on the U.S. transportation system, including the need to shift away from a current system he described as “road dependent” toward something more diverse.

“Transportation choice has to be part of the future.”