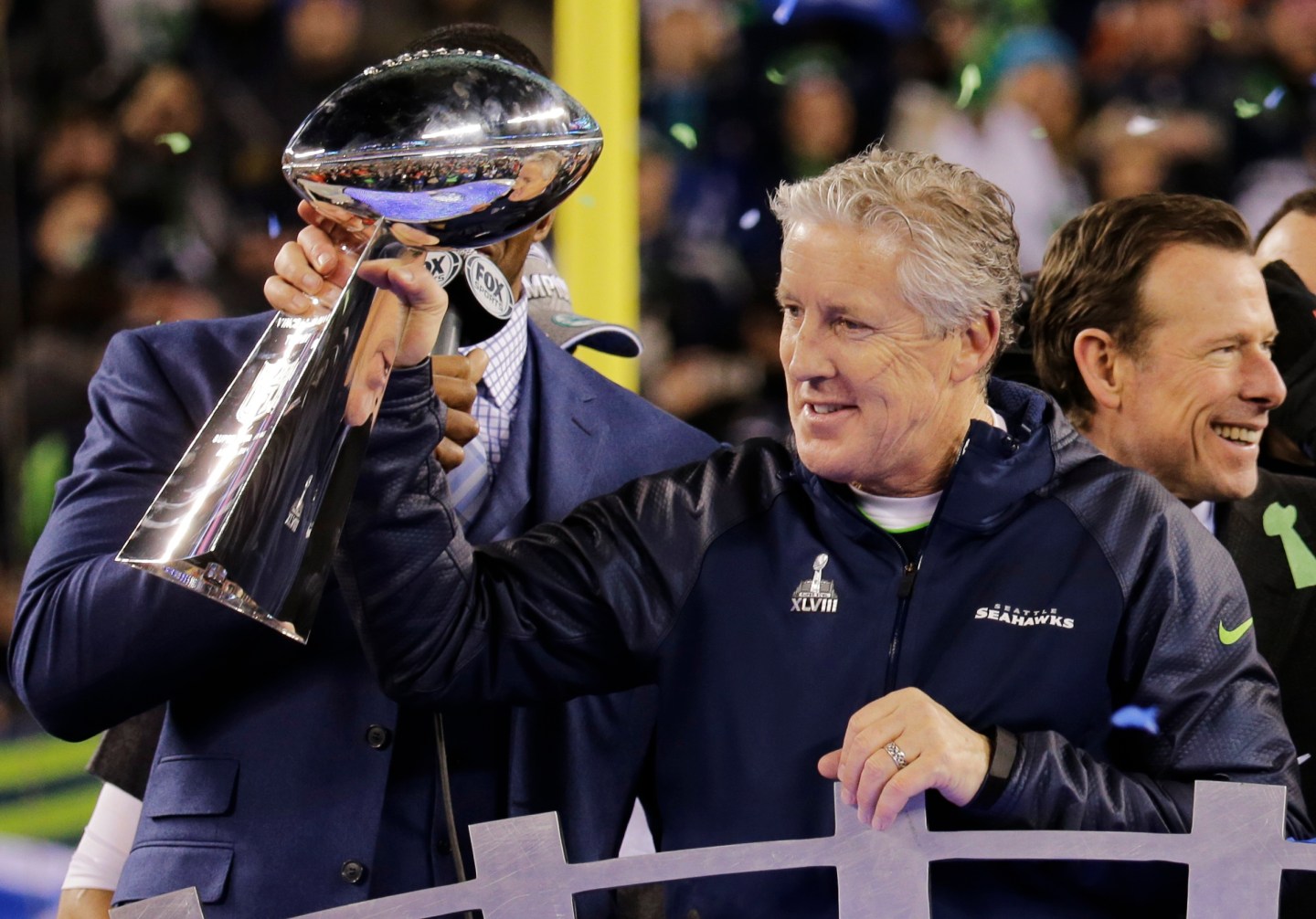 Leadership is a contact sport. From Wall Street to the National Football League, CEOs and head coaches are co-laborers in an unforgiving battle to increase their wins. Amid the tornado of overblown strategic plans and slick slide decks, business leaders can get lost in the ancillary functions that can deflate a company’s growth.

The NFL offers executives a unique setting to examine management strategies. Head coaches do not enjoy the luxury of waiting three months for quarterly reports. The weekly gauntlet of nationally televised games shortens the runway for strategy rollout. Results are instantly made public and improvements must be made within 168 hours.

So here are three lessons every CEO can learn from some of history’s most beloved Super Bowl winning head coaches.

Legendary coach Bill Walsh (Super Bowl winner in 1981, 1984 and 1988), the Steve Jobs of football innovation, introduced the practice of “scripting” to the NFL. Scripting describes the process of creating a predetermined set of plays to be used in a game. Walsh won three Super Bowl championships as head coach of the San Francisco 49ers, but the lessons that enabled him to be successful were engineered as an offensive coordinator with the San Diego Chargers.

This filtering process forced Walsh to: 1) identify his team’s competitive advantage over the next opponent, 2) prioritize options that would maximize success and 3) communicate the overall strategy with his lieutenants and players. Leading up to a game, the 49ers’ offensive squad rehearsed these 25 plays both in practice sessions at full speed and in walk-through sessions at a brisk pace.

In a book he co-authored, The Score Takes Care of Itself: My Philosophy of Leadership, Walsh noted, “Scripting was a most effective leadership tool in fair and foul weather. In a very calculated way, I began calling the plays for the game before the game was played.”

Whether the first quarter of a football game or the second quarter of a fiscal year, managers should take an inventory of their primary goals, isolate the best strategies to reach those landmarks and script the path to reaching them.

Bill Parcells: Evaluate your lineup, then do it again

The workforce of an NFL club gets sliced in half each year from training camp to opening weekend. Given this rapid human resources shredder, coaches constantly evaluate their lineup in order to determine which players will make the final cut.

Bill Parcells — who won two Super Bowls in 1986 and 1990, and the only NFL head coach to lead four different teams to the playoffs — is considered a turnaround guru. He employed a relentless system of player evaluation and forced assistant coaches and scouts to assess and reassess the strengths and weaknesses of each player on the roster. The process also highlighted position groups where the team needed to improve its talent pool.

Business leaders need to spearhead a similar approach to evaluating top personnel. Does a sales rep show the initiative needed to increase target numbers? Does a VP of marketing understand the changing landscape of an emerging customer base? Constantly evaluating the company’s lieutenants empowers the CEO to retain top talent and identify need areas for roster improvement.

No, GOAT does not stand for the “Greatest of All-Time.” “GOAT” is shorthand for scapegoat. CEOs must be willing to provide cover for their team, especially during highly visible crises.

Pete Carroll, head coach of the Seattle Seahawks who led his team to win the Super Bowl in 2013, did just that when he faced the New England Patriots. This matchup was an archetypal Clayton Christensen disruptor-meets-disruptee matchup. With three Super Bowl championships and an eventual Hall of Fame quarterback Tom Brady, Patriots Head Coach Bill Belichick was taking on Carroll (who already had one Super Bowl win under his belt) and a young Seahawks squad.

The game turned on a critical 2nd and goal decision. With 26 seconds remaining, Seahawks (down 28-24 to the Patriots) had the ball and were less than 36 inches away from sealing a second Super Bowl win. Instead of following conventional wisdom and running the ball, the Seahawks called a pass play that was intercepted by Patriots defensive back, Darius Butler. Game over.

Carroll immediately took the blame for the play call. In an NBC interview shortly after the game, Carroll said, “It’s a play that we really tried to keep him [Butler] from making. I told those guys, that’s my fault totally.”

In reality, Seahawks offensive coordinator Darrell Bevell called the play. Instead of throwing Bevell under the proverbial bus, Carroll made it clear the play was the head coach’s decision.

This public “falling on the sword” approach engenders lieutenants to the CEO and builds the social capital needed to buoy employee confidence. More importantly, the potential of long-term trust deficit dwarfs the short-term fallout from media criticism of the CEO. CEO’s must take the public hit and then spearhead an internal postmortem to correct any systemic deficiencies.

CEO’s can take a page from the head coach’s playbook to improve management. Both the gridiron and boardroom share a singular focus – winning.

A variation of this article first appeared in Texas CEO Magazine on September 16, 2015. Daron K. Roberts is a former NFL coach and founding director of the Center for Sports Leadership & Innovation (CSLi) at the University of Texas at Austin. His forthcoming book, The Ultimate Audible: How to Navigate Career Transitions, will be released in the fall of 2016.