Bergdorf Goodman Tried to Sell This Paper Bag for $500 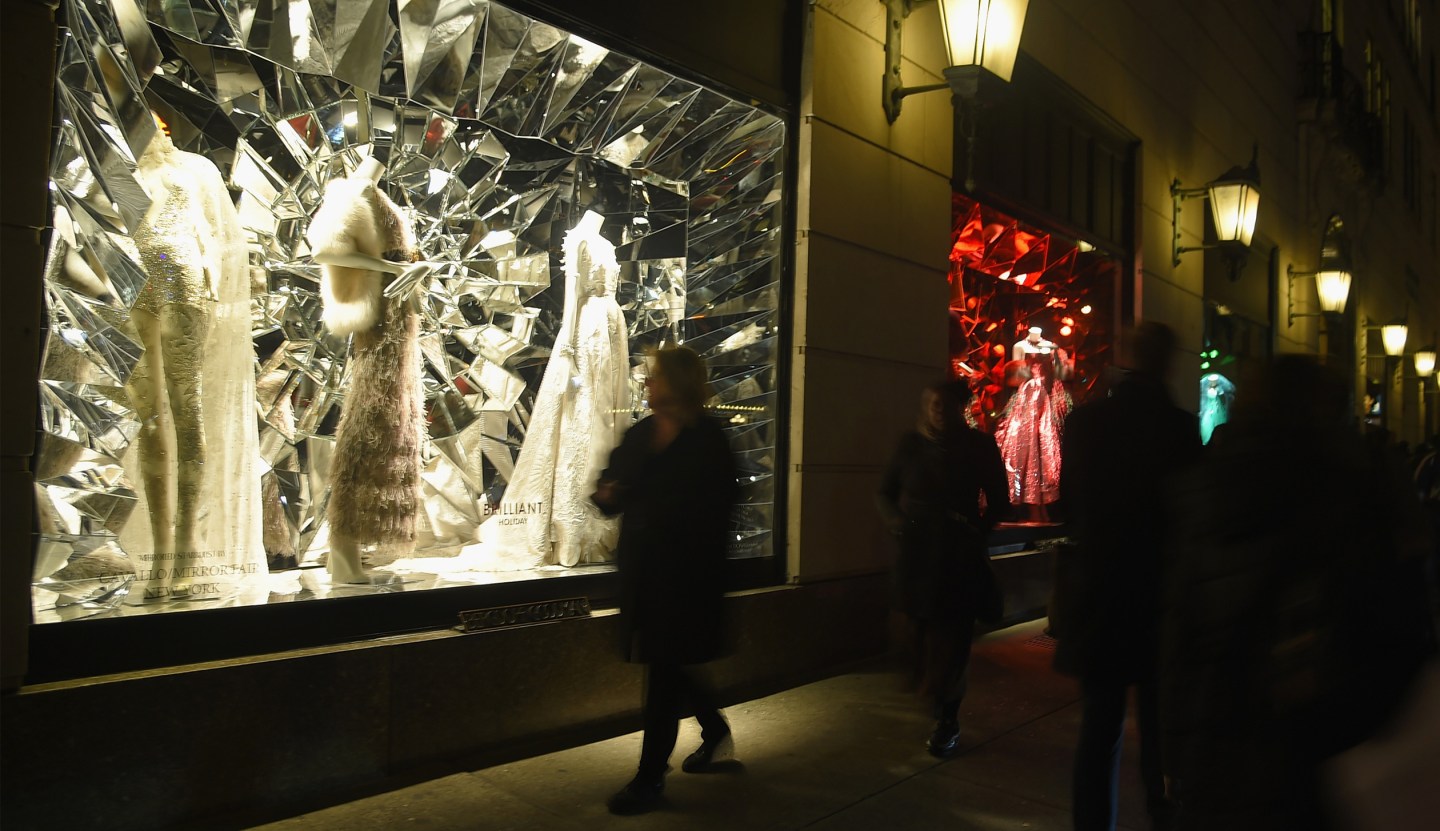 Retail holiday displays are once again packed away, including the fantastical window exhibits of New York department stores, which angle to top each other annually with ever more imaginative displays.

But what becomes of those display props from the stores and windows after the season ends, once they start piling up in storage?

For a few days earlier this month, items and set pieces from a number of Bergdorf Goodman’s fantastical windows were offered for sale as part of an odd twist on the traditional New York sample sale. But this is no ordinary sale.

The Visual Vault sale from Modern Design Market was held in a space deep within a warehouse in Long Island City, Queens, also housing Eclectic Props. To enter, shoppers walked past cavernous rooms filled with Asian decor, another room of period window drapery from all eras, one room featuring antique tube televisions, and on down the hall past the eyes of framed, camera-ready Presidential portraits.

On the first night of the sale, only a handful of shoppers were in attendance. Those who came were greeted saw first a display of a menagerie of leather animals. There was a old-time strongman carnival game ($500), an antique picnic basket ($250), a traffic light, a resin penguin made to look like an ice sculpture ($179), and a crated replica of the USS Constellation. Rows of chairs, stools, and some dining sets in various iterations of used.

Sections of broken-dish mosaic backdrops were propped on a wall, wrapped in plastic along with a printout of the exhibit they originally appeared in.

It was like an attic stocked with wondrous discoveries, only brightly lit, and with price tags. Bergdorf Goodman -sized price tags.

A pair of Chanel shoulder bags priced at $500 each would have been a steal — if they weren’t made out of paper. Which they were. There was no denying the talent evident in some of the colored paper crafts for sale, like a paper drum from an Alice in Wonderland display ($300) and a scarlet Taurus the Bull, plus other members of the zodiac.

But there was also a broken miniature shadow-box-style set piece for sale for $150. A vintage Electrolux vacuum that didn’t work for $35 (I’ve seen the same model–maybe this very one?–out at the curb in the East Village.) And the cute leather pig had water spots on its snout, but was still priced at $599. The large toy kangaroo ($1199) had a couple of tears in its leather skin, lending it an “Island of Misfit Toys” feel.

As for what sold that first night, a couple was seen walking out carrying a long side table, and a life-size papier-mache Humphrey Bogart with a $150 price tag stood by the checkout wearing a “sold” sign taped to his gun.

What about that Chanel paper bag ? Bergdorf Goodman declined to comment for this story, so we don’t know whether the bag sold — or any other information available to measure the success of this unusual sale. For the final day of the sale, prices were marked down and shoppers got an extra 10% off at checkout.

Perhaps this clearance is something we’ll see more of as department store holiday displays keep getting more elaborate (the 2015 Bergdorf Goodman windows had a tie-in with Swarovski, so the displays were studded with more than seven million crystals promoting the store’s renovated jewelry salon). All those glittering things have to go somewhere when the holidays are over.

Although the biggest department stores in New York like Bloomingdales, Saks Fifth Avenue, Barneys, and Macys (M) are mum on the amounts spent on their increasingly lavish holiday displays, their efforts can translate to sales in retail’s most crucial season. Marc Metrick, president of Saks, told the New York Times it was “a viable way to spend our marketing dollars.”