This Is The New Way Nike Is Going After Women 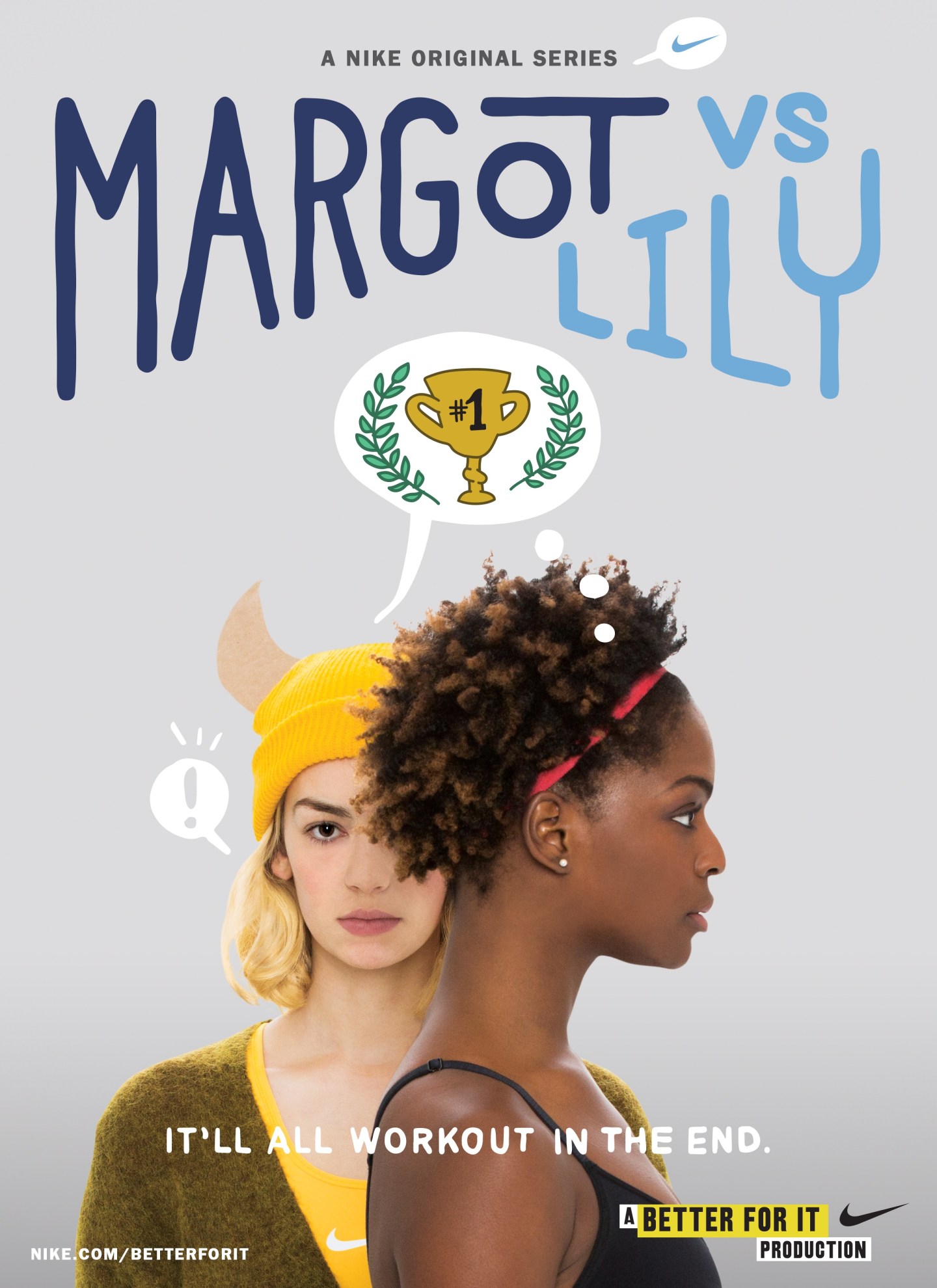 A Nike-produced eight-episode series set to debut on YouTube is a new way for the athletic-gear giant to inspire fans of the brands to work out. And if they also take a trip to the mall to buy some Nike-branded swag, that would be swell too.

The latest mainstream brand to jump into the world of branded content video is a Nike series called “Margot vs. Lily,” which focuses on a pair of interracial, adopted sisters: one an athletic junkie with few social skills and the other an outgoing woman who has little interest in sporty pursuits. A preview for the show, which Nike (NKE) unveiled this week, has already scored nearly 180,000 views on YouTube. The series, which debuts globally on February 1, is the first series of this scale that Nike has commissioned.

Fortune got a sneak peak and watched the first four episodes of the series. The whimsical story focuses a bet placed between the two sisters Margot must start a fitness channel and get 1,000 followers, while Lily (who already runs a popular video blog) is challenged to find three real friends. Both girls struggle to achieve their goals.

Throughout the series, various characters are seen wearing Nike swag. Lily and her fitness-enthusiast father are often seen wearing Nike running gear, while streetwear and casual sneakers are also often Nike made, although the famous swoosh isn’t always overtly obvious.

“Great product is featured in the series,” admits Kerri Hoyt-Pack, VP of Nike Women Brand Marketing. “But I think for us it is a way to show the full breadth of all kinds of athletes. By doing longer form, we got to show all the emotions that are a part of the personal fitness journey.”

The series is one of several ways that Nike is reaching out to millennial-aged women, a core group of shoppers that have been persuaded to wear athletic gear not just for activity, but also while out on the town. Nike has free digital apps with training programs and tips, running clubs, and a broader “Better For It” campaign that aims to encourage women to get more involved in sports. Nike also has a weekly newsletter targeted to women, called “The Fix.”

Nike courted Hollywood insiders to develop the project, which was written by Jesse Andrews, who made a splash at the 2015 Sundance Film Festival with the release of “Me and Earl and the Dying Girl,” based on a novel Andrews also wrote. “Margot vs. Lily” was directed by Tricia Brock, who has directed episodes of hit TV shows including “Girls” and “The Walking Dead.”

“At different times in my own life, I’ve been aspects of both of those girls,” Brock tells Fortune. Brock, who runs regularly in New York City’s Central Park, says that companion vlogs that will run after each episode can also help motivate viewers to work out.

“You can get yourself to your living room, turn on some music, watch a YouTube channel and you can start getting in shape,” says Brock.

The subliminal message certainly helped motivate this Fortune reporter. After watching the series, he didn’t by anything at a Nike store – but he did go for a 5.5 mile run.

While Nike isn’t the first to tackle a branded video series, it represents another opportunity for the Nike brand to stand out from a crowded women’s athletic gear category that has lured the likes of Lululemon (LULU), a more aggressive push from smaller rival Under Armour (UA), and lines from a variety of department-stores and fast-fashion chains like H&M.

Nike sees great potential for the company’s women’s business, which it sees growing from $5.7 billion in annual sales to more than $11 billion over the next five years. Nike’s sales to men is over 150% greater today than the women’s line, an imbalance that Under Armour also experiences. Lululemon has the opposite problem: it sells far more gear to women.

“Nike’s women’s continues to be one of our biggest opportunities,” Jayme Martin, a Nike vice president told analysts during an investor presentation last year.