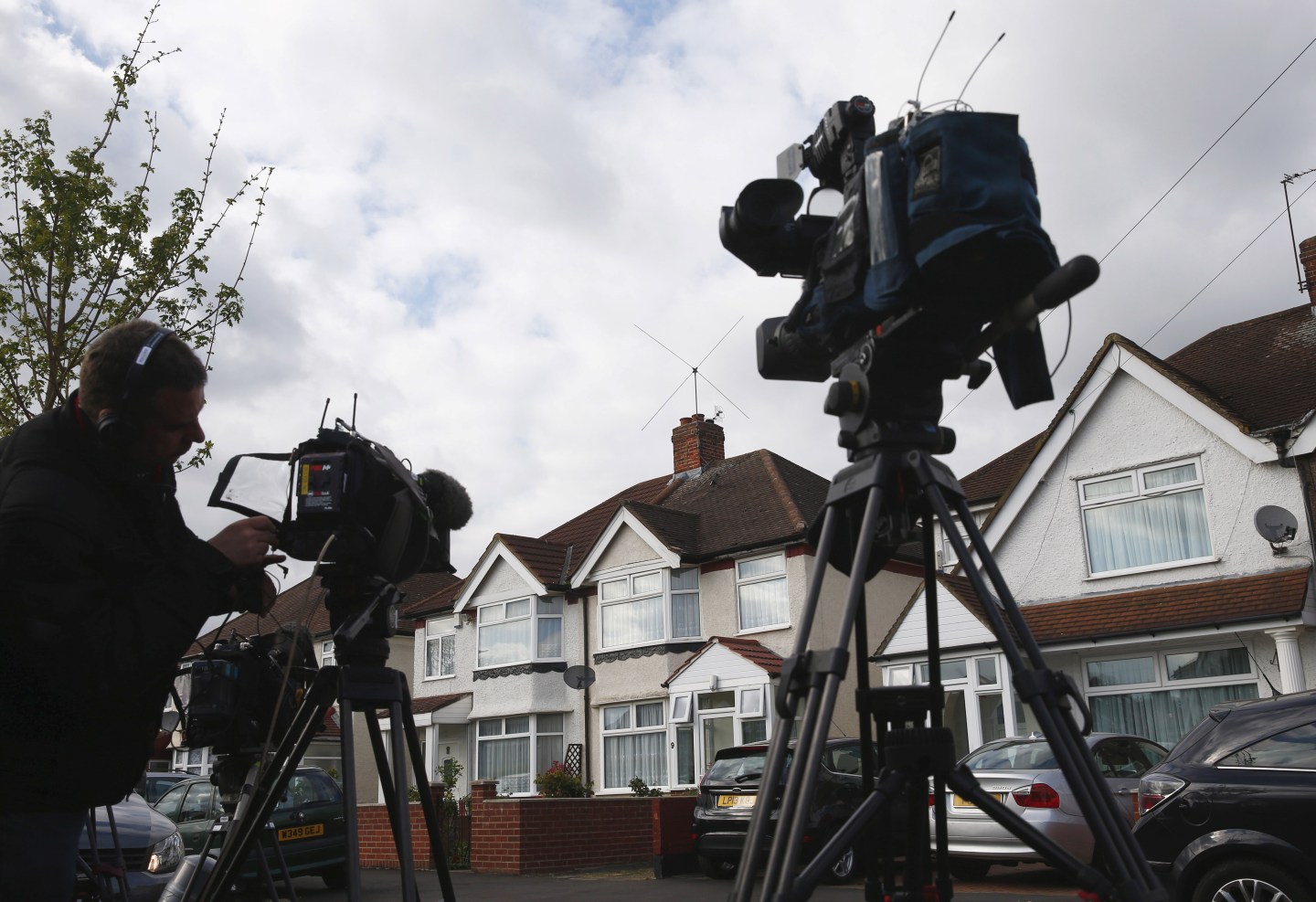 Television crews wait outside the address where Nav Sarao Futures Limited is registered, in Hounslow, west London April 22, 2015. The small suburban house in the flight path of London's Heathrow airport gave no clue to neighbours that it was headquarters of a man accused of earning millions through fraud, and helping cause a trillion dollar "flash crash" on U.S. stock markets. REUTERS/Eddie Keogh - RTX19UBU
Photograph by Eddie Keogh — Reuters

There was a lot of fanfare in early 2015 around the arrest of Navinder Singh Sarao, a British trader who U.S. officials blamed for the May 2010 flash crash. Many marveled that a single trader, on his own, could send the world’s biggest stock market into a harrowing four and a half minute, 1,000 point nosedive, before quickly rebounding, from his house on the outskirts of Heathrow Airport.

Turns out he probably didn’t, and couldn’t.

At least that’s the finding of a new study that is co-authored by former Securities And Exchange Commission commissioner Joseph Grundfest, along with two professors from the University of California, Santa Cruz. The study looks at trading on a millisecond level on that odd day in the market. It claims it is the first to do so.

And what it finds is that the flash crash probably wasn’t Sarao’s fault. “It is highly unlikely that, as alleged by the United States Government, Navinder Sarao’s spoofing orders, even if illegal, could have caused the Flash Crash, or that the crash was a foreseeable consequence of his spoofing activity,” write the authors.

From the time of his arrest, Sarao has said that his spoofing activity was not meant to manipulate the market, but rather to throw off high frequency traders trying to make money off his trades. Essentially he was sending out fake orders to get them off his scent.

The authors largely agree that Sarao’s motive was not to sink the market, couldn’t even if it was. Sarao faces an extradition hearing next week that could send him to the U.S. to face charges that he manipulated the market, and could send him to jail for 380 years. Nanex’s Eric Hunsader, who has examined trades from that day, says that while he thinks Sarao may have been a bad actor, he was only a small part of the problem. “If the Flash Crash was a cake recipe, then Sarao was a pinch of salt.”

The closest the report comes to finding a cause for the Flash Crash is to say that there appeared to a delay in the one of the market feeds that mixed old orders with new ones. But it is not clear whether those reporting problems happen because of the Flash Crash or caused it.

The authors basically conclude that the real problem is the structure of our the current equity market, and not the work of some rogue traders. “At most, we can conclude that Sarao was operating in an extremely complex environment, in which any of the millions of financial market actions on May 6, 2010 (including his own) could have unforeseeably precipitated a critical event and a downward cascade of prices.”