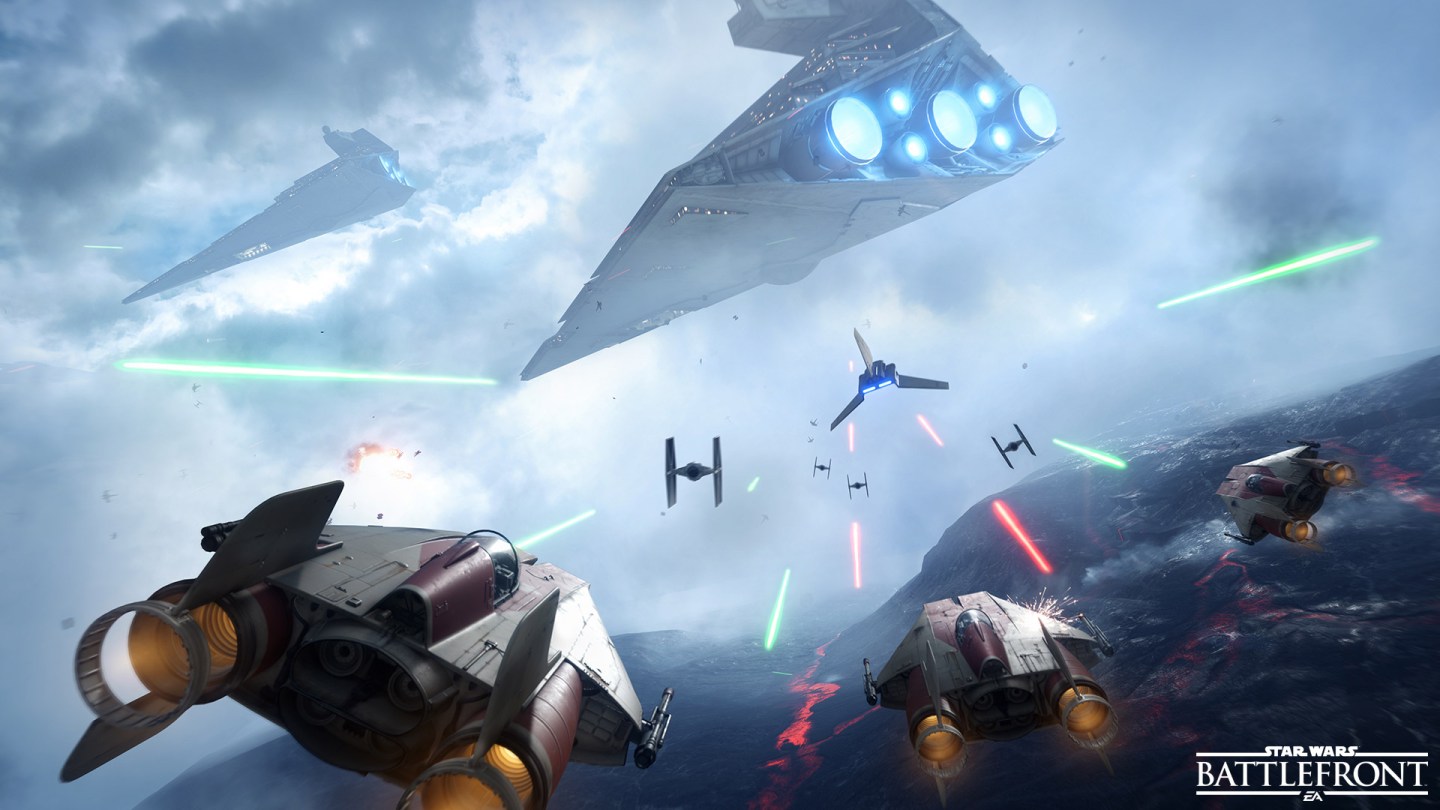 The Force was strong with Electronic Arts in the holiday quarter. But it may not have been strong enough.

Despite Star Wars Battlefront having the biggest debut ever for a Star Wars game, and despite EA already surpassed its full-year guidance for Star Wars Battlefront sales (with three months of sales left to go), investors punished the video game publisher’s shares Thursday after it reported quarterly earnings. The company’s stock (EA) tumbled more than 8% in after-hours trading.

So what caused investors to pull out the blasters? Well, part of it may have been the quarterly loss of $45 million after a profit during the same period a year ago. (That’s GAAP vs. Non-GAAP, though, so it’s basically an accounting technicality. Non-GAAP revenues were up $350 million and Non-GAAP income was up $208 million.) But it could also be tied to concerns that Star Wars isn’t the gaming powerhouse people thought it would be.

The hype train for Battlefront was tremendous—and the fact that the game wasn’t one of the top three selling brick and mortar titles of 2015, according to NPD Group, was surprising, especially given CFO Blake Jorgensen’s statement during Thursday’s analyst call that the game’s sales “skewed physical,” meaning more copies were sold in physical stores versus digital sales. NPD Group’s annual sales rankings all based on brick and mortar sales—so if a game sells more physical copies than expected, people would look for it to rank higher against competing titles.

Also, investors punishing the company’s shares may signal that they’re realizing they had been too optimistic in their own expectations.

Make no mistake: Star Wars was a critical part of the quarterly numbers. Beyond Battlefront, the company’s Star Wars: The Old Republic posted its highest subscriber numbers in nearly three years while the mobile game Star Wars: Galaxy of Heroes did well too.

And with the annual stream of upcoming Star Wars films, the film (and gaming) franchises are likely to remain hot. But there’s a danger in EA becoming too dependent on revenues from that universe long term.

Every franchise ultimately reaches a saturation point—even one from a long time ago in a galaxy far, far away. Disney will be pumping out films for the foreseeable future and there’s no reason to think EA won’t follow suit with games.

The publisher, it’s worth noting, has not announced a Star Wars game for calendar 2016. But its Visceral Games studio is working on a title set in the Star Wars universe, which many expect to release later this year.

For more about Star Wars, watch:

Like the early lineup of films, the games look, on the surface, to have big sales potential. But for EA to keep gamers engaged, they’ll need to keep the quality high. And that’s a tricky thing to do over the long term. Look no further than Ubisoft’s Assassin’s Creed franchise, which has suffered both critically and commercially with its annual release schedule.

EA is also shackled in its ability to bring new content into the Star Wars universe, due to Disney’s edict that all game content must follow the film’s plot. That means alternate scenarios or universes (or creation of characters that don’t exist in the films) is forbidden.

Despite the long-term hurdles, though, the short- and mid-term looks bright for EA and Star Wars. After all, Thursday’s announcement that sales have already topped projections comes just two months after some feared the company might fall short of the number entirely following public statements by game retailer GameStop (GME).