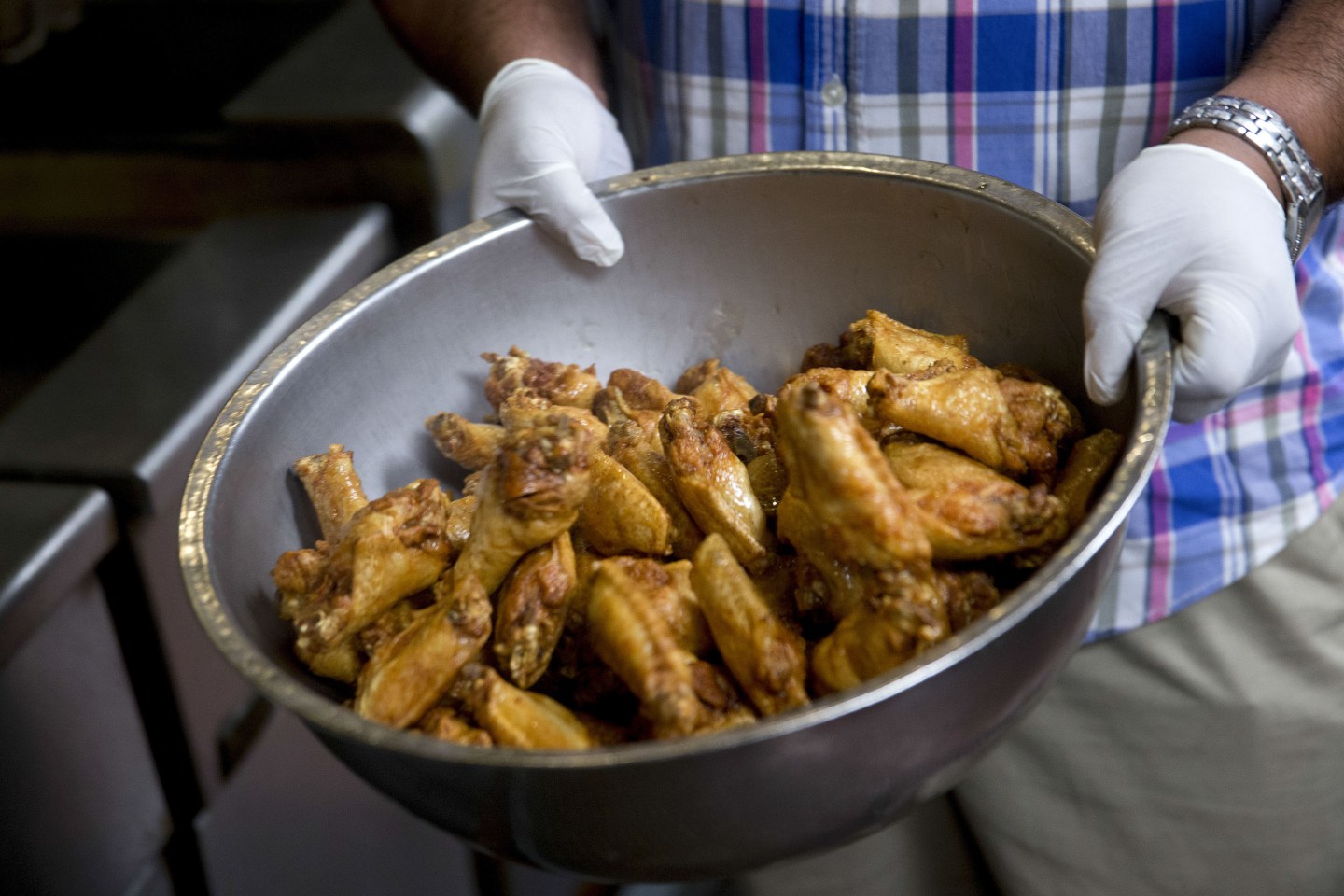 Chicken wings are removed from the fryer at the Anchor Bar in this arranged photograph in Buffalo, New York, U.S., on Wednesday, Sept. 24, 2014. The Federal Reserve Bank of New York's empire state manufacturing report for the month of September painted a picture of vibrant output, bolstered by strengthening in new orders and shipments. Photographer: Andrew Harrer/Bloomberg via Getty Images
Photograph by Andrew Harrer — Bloomberg via Getty Images

The Carolina Panthers and Denver Broncos will face off at Super Bowl 50, but we already know who the winner is—Buffalo Wild Wings. Or any place that sells chicken wings.

The National Chicken Council released its annual “Wing Report” on Wednesday estimating how many chicken wings Americans will consume on Super Bowl Sunday. The number they came up with was 1.3 billion, or 162.5 million pounds. That’s a 3%, or 37.5 million wing, increase from last year.

To put it into perspective, 1.3 billion wings is enough for every single person in the U.S.—man, woman, and child—to eat four each. If one of the Powerball winners spent all their winnings on wings, they would only be able to afford 76% of that.

“Any way you measure it, that’s a lot of freaking wings,” Tom Super, vice president of communications at the NCC, said in the press release.

The price of chicken wings tends to hit its peak in January leading up to the event, but that clearly doesn’t deter consumers. In 2014, nearly 12% of Buffalo Wild Wings‘ sales came from the Super Bowl alone and a spokesperson for Wingstop, the nation’s top chicken wing chain, told Fortune that its sales generally increase by nearly 200% the day of the game.