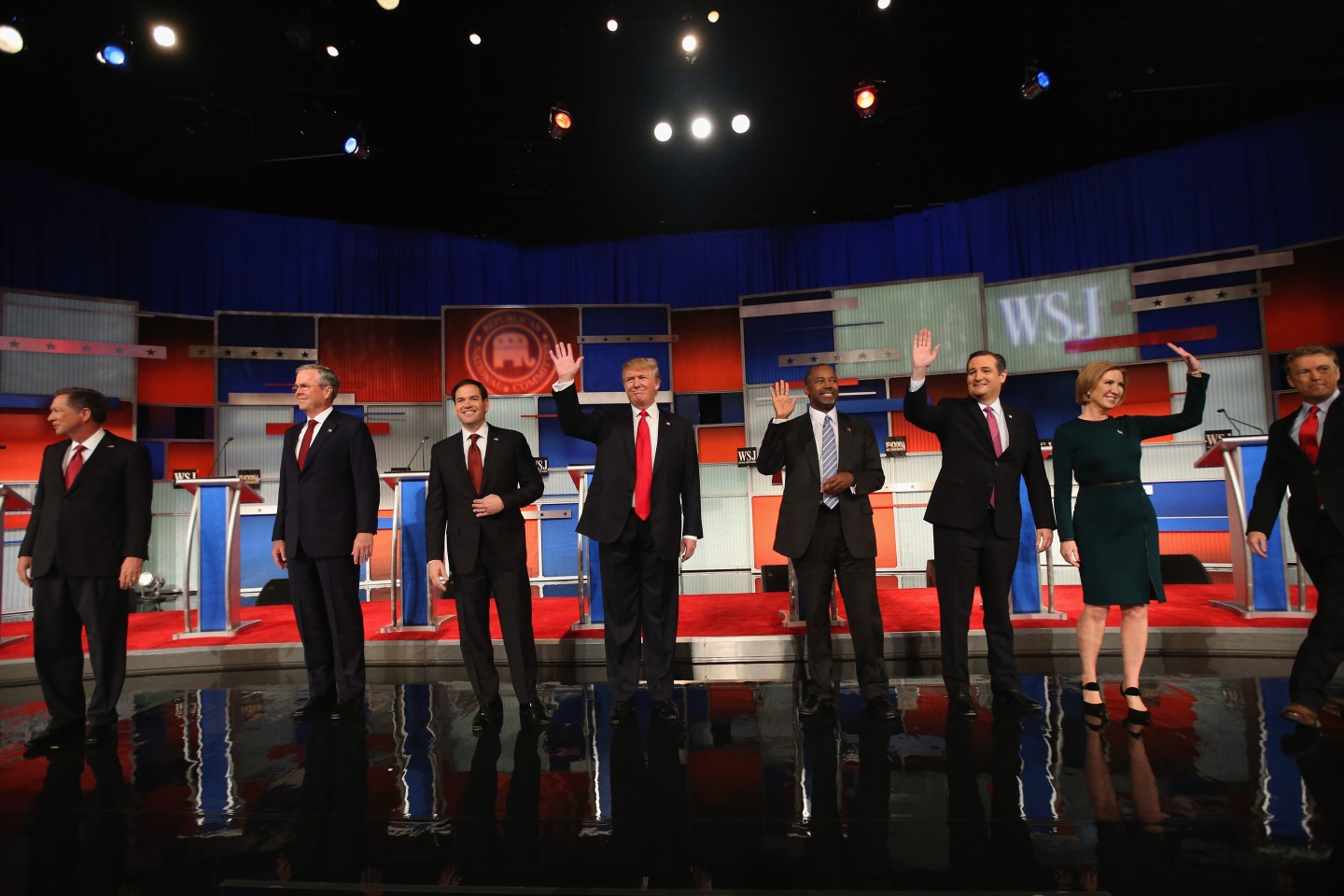 In the months leading up to next week’s Iowa Caucus, there has been a lot of debate about the qualifications, positions, and integrity of the dozen (or so) candidates running for president. But in concentrating on these variables, we may be overlooking the most important factor—that is, the reason why the candidates want the job in the first place.

The results of a recent national survey of the U.S. workforce that my firm, Imperative, conducted in collaboration with NYU, suggest that the candidates’ motivation for running may reveal a whole lot more about their worthiness for the job than we’ve learned from all the rhetoric and the policy proposals they’ve put forward in the debates.

In the Workforce Purpose Index, we found that most people favor one of two primary psychological orientations when it comes to why they show up to work each day. We are either motivated to work for status, advancement and income, or we work for the personal fulfillment that we get from our jobs and our desire to be of service to others.

With this in mind, the real question is, why are these people running to be President of the United States: To gain the power and prestige of the office and satisfy their ego? Or to serve their country and help people and the planet?

And to go further: What motivation do we want in our President?

I believe that the traits we want in a President are deeply aligned with those of the second group, whom we refer to as purpose-oriented workers. This is because seeing work as being about helping others and personal growth leads us to build strong relationships, make an impact, and adapt and grow.

Purpose-oriented leaders are also better at what they do.

When we studied the impact of work orientation on individual performance, in workplaces from Linkedin to West Elm to the YMCA, we found surprising, even stark differences, between these two orientations.

We found that the purpose-oriented group outperformed their peers on every measure. They were 50% more likely to be the top leaders in their organizations, serving in director-level positions or as CEO.

They were also 54% more likely to report their work made a positive impact on other people, and their higher performance scores means they are likely right. And they were 20% more likely to be constantly growing and unafraid to learn from their mistakes.

Those figures are important because most voters would agree we want a President who is willing to do the right thing and put the needs of others first, as well as one who can change course when a policy or cabinet member has obviously failed.

But how do we know which of the leaders running for president is purpose-oriented, part of the 28% of the U.S. workforce that we found thrives because they work for the right reasons?

One of the characteristics of a purpose-oriented leader is that they don’t envision ever truly retiring—as they never want to stop helping others and growing. In this regard, the current group of candidates scores well, with over half of them over 60 and still vigorously pursuing the hardest job in the world.

But do we really believe that Donald Trump’s primary motivation is to serve others and grow as a person? Whether you like his positions or not, there is no evidence in his career that he sees work as anything more than a source of income, power, and ego gratification. If he were to win America’s highest office, we can be nearly certain this would remain the case; from workforce research we know that, once set, our psychological orientation to work rarely changes.

This puts Trump squarely outside the group of purpose-oriented leaders, the kind research shows would excel in the Oval Office. But there are several candidates who, statistically at least, are much more likely to be members of that coveted leadership demographic.

Though I have yet to decide who will win my vote this year, I am taking both Fiorina and Clinton seriously given what I have come to learn about the science of leadership. It is also about time we had a woman in the Oval Office. Despite being the most purpose-oriented people in the labor force, women over 55 have more trouble finding work than just about any other demographic group. That’s a colossal loss of talent caused by decades of workplace discrimination, and a trend that we should reverse. What better way to set an example than to start at the top?

Aaron Hurst is the CEO of Imperative, founder of the Taproot Foundation, and author of The Purpose Economy.