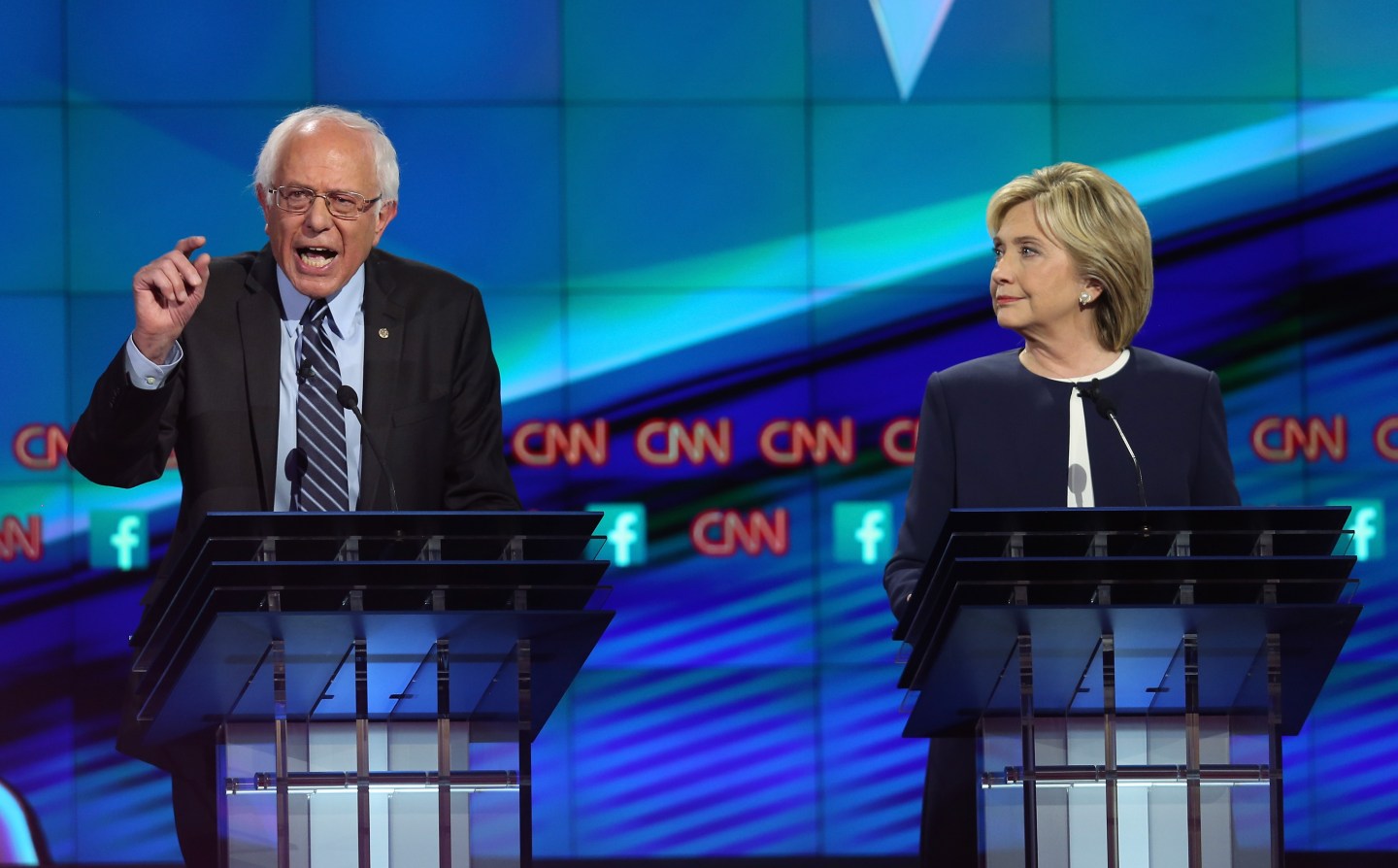 Hillary Clinton and Bernie Sanders are in a dead heat in Iowa just days before the state’s critical Democratic presidential caucuses, according to a new poll.

The Quinnipiac University survey released Wednesday found Sanders, the Vermont Senator, leading Clinton, the former Secretary of State, 49%-45%, within the poll’s margin of error. Former Maryland Gov. Martin O’Malley is in a distant third, with 4%.

Polls have indicated a tight race between Clinton and Sanders ahead of the Feb. 1 caucuses, with some showing Clinton up and some showing Sanders ahead. Most polls show Sanders holding an edge in New Hampshire—whose primary takes place after the Iowa caucuses—but national surveys still given Clinton a healthy lead.

In the Quinnipiac poll, Sanders leads Clinton by a wide margin among younger voters—78% of likely Democratic caucus participants between the ages of 18 and 44 back Sanders, compared with 21% who support Clinton. Clinton is leading with female voters, 54% to Sanders’ 40%.

The survey of 606 likely Democratic caucus-goers, conducted Jan. 18-24, has a sampling error of plus or minus 4 percentage points.