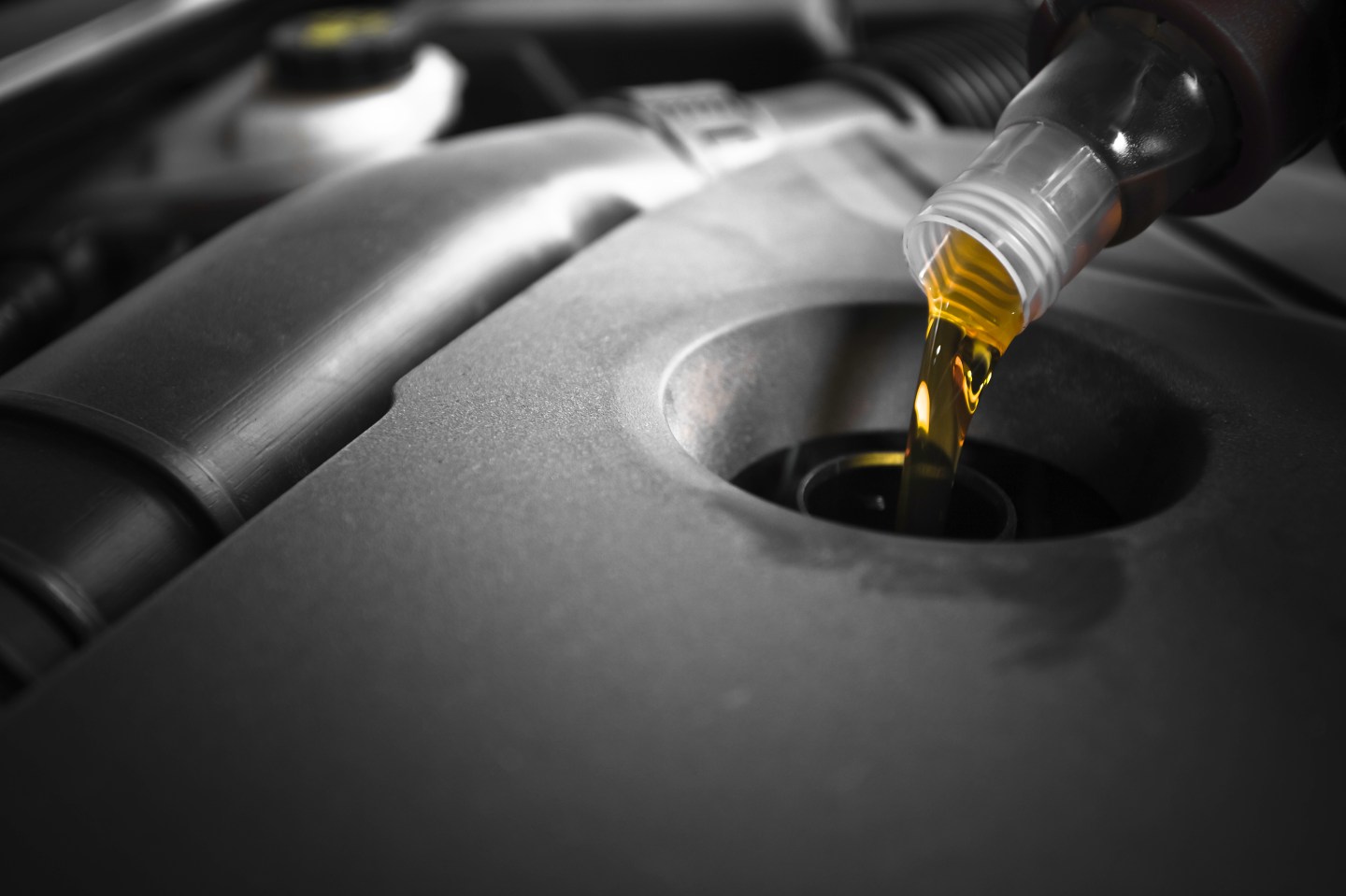 Fresh, crisp stacks of paper can be frustrating. They stick together, and sometimes it’s hard to get a good grip on a single sheet. But crumple up a piece of paper, like a brand new dollar bill, and the previously paired sheets become crunchy and independent.

Now, scientists are using that same kind of balled up papery crunch to improve motor oil performance. Their new research, published online Monday in Proceedings of the National Academy of Sciences of the United States of America, could help reduce wear and tear in cars and potentially save motorists money at the pump by reducing friction in their engines and transmissions.

The technology relies on adding tiny amounts of graphene nanoparticles into the motor oil. Researchers found when they mixed in a bit of their new nanoparticle powder, the product out-performed some of the commercial oils on the market.

“The way we make them is just like crumpled paper” says Jiaxing Huang, the associate professor in materials science at Northwestern University who co-authored the new research.

Except unlike paper, the balls are more than 50 times thinner than a human hair.

The technique works like this: scientists suspend graphene nanoparticles in droplets of water. Then, as the water evaporates, the particles are compressed and squeezed from every direction at once, pushing them into their unique crumpled shapes. The resulting nanoballs are a super-stable powder that can be mixed into motor oil and left to roll around like ball bearings. They reduce friction and boost oil performance up to 15% over some commercial lubricants.

Scientists have tried using nanoparticles before to increase motor oil performance, but they had problems with carbon clumping together in the oil. This new graphene crumpling method solves that issue. Huang says a one quart jug of oil would need just a thirtieth of an ounce of this nanoparticle powder or less to do the job.

Now the researchers think the crumpling technique they’ve been developing for the past five years could serve a second purpose: storage. The tiny balls could be used to hold the many chemical additives put into commercial motor oils. By hiding the additives inside the graphene nano capsules, the chemicals could more slowly disperse in the oil over time, without sticking together. Huang’s group, funded by the U.S. Office of Naval Research, is filing initial paperwork that could lead to a patent for this crunchy oil tech.