You Can Now Broadcast Your Crazy GoPro Videos Through Periscope 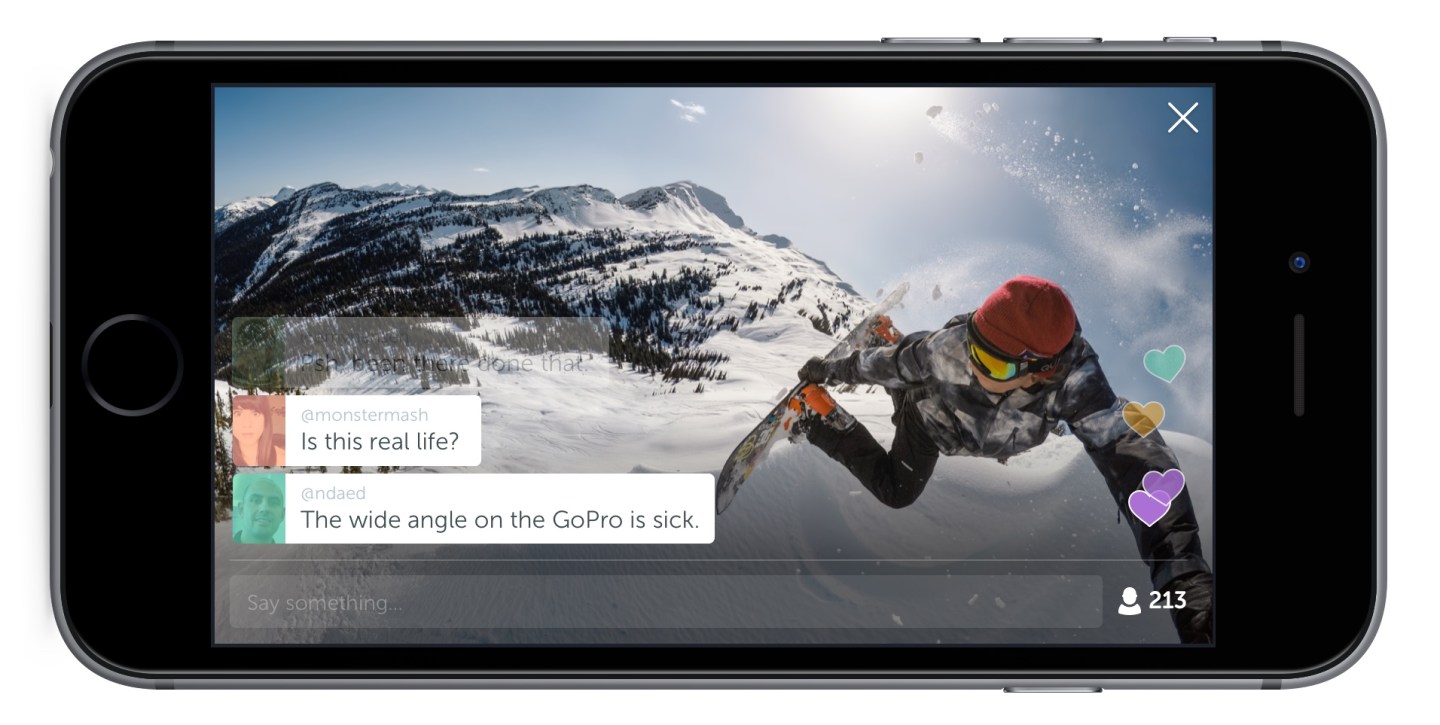 Periscope, the online video broadcasting service, is about to get a lot more action.

The Twitter-owned (TWTR) service said on Tuesday that it has teamed with action camera maker GoPro (GPRO) to let users broadcast video from their cameras. Only owners of a GoPro HERO4 Black or HERO4 Silver using Periscope’s iOS app can broadcast their video, although the footage can be streamed by any Periscope user.

To broadcast, people must first link their GoPro cameras to the Periscope app. After that, they will see an option on their app to broadcast using the camera. For example, you could share your exciting white water rafting adventure or show off your fancy skateboarding tricks.

Users can toggle between broadcasting from the GoPro camera and from their phone’s camera. Periscope describes the option as similar to switching between an iPhone’s front and rear cameras.

While broadcasting from their GoPro camera, users can still save the footage to the camera’s memory card, as usual. Periscope interactions like hearts (for “liking”) and chats from other users won’t appear on the camera’s display, but will show up on the Periscope app.

The partnership comes at a time when both Periscope and GoPro are expanding beyond their roots. In October, GoPro’s then-senior VP of media Zander Lurie told Fortune that his company planned to build a strong video streaming business alongside its hardware business.

“We have 15,000 videos uploaded to YouTube each day that are tagged or titled GoPro,” Lurie said. “We don’t ask consumers to do that; they just do it. What we’re trying to do is grow our brand and reward community members who are doing cool things with our cameras.”

What’s more, when GoPro held an IPO in 2014, it noticed that its camera sales spiked every time a video made with a GoPro camera went viral on the Internet.

As for Periscope, adding more sources of footage may enhance the appeal of the service for both broadcasters and video viewers. It could also open the door to charging users for certain broadcasts involving famous athletes, for example, or for daredevil stunts.

But both Twitter and GoPro have something else in common: They’re in the midst of a stock price slump that caused both CEOs to recently lose their status as paper billionaires.