Clinton Finds the Passion in Pragmatism as Iowa Caucuses Near 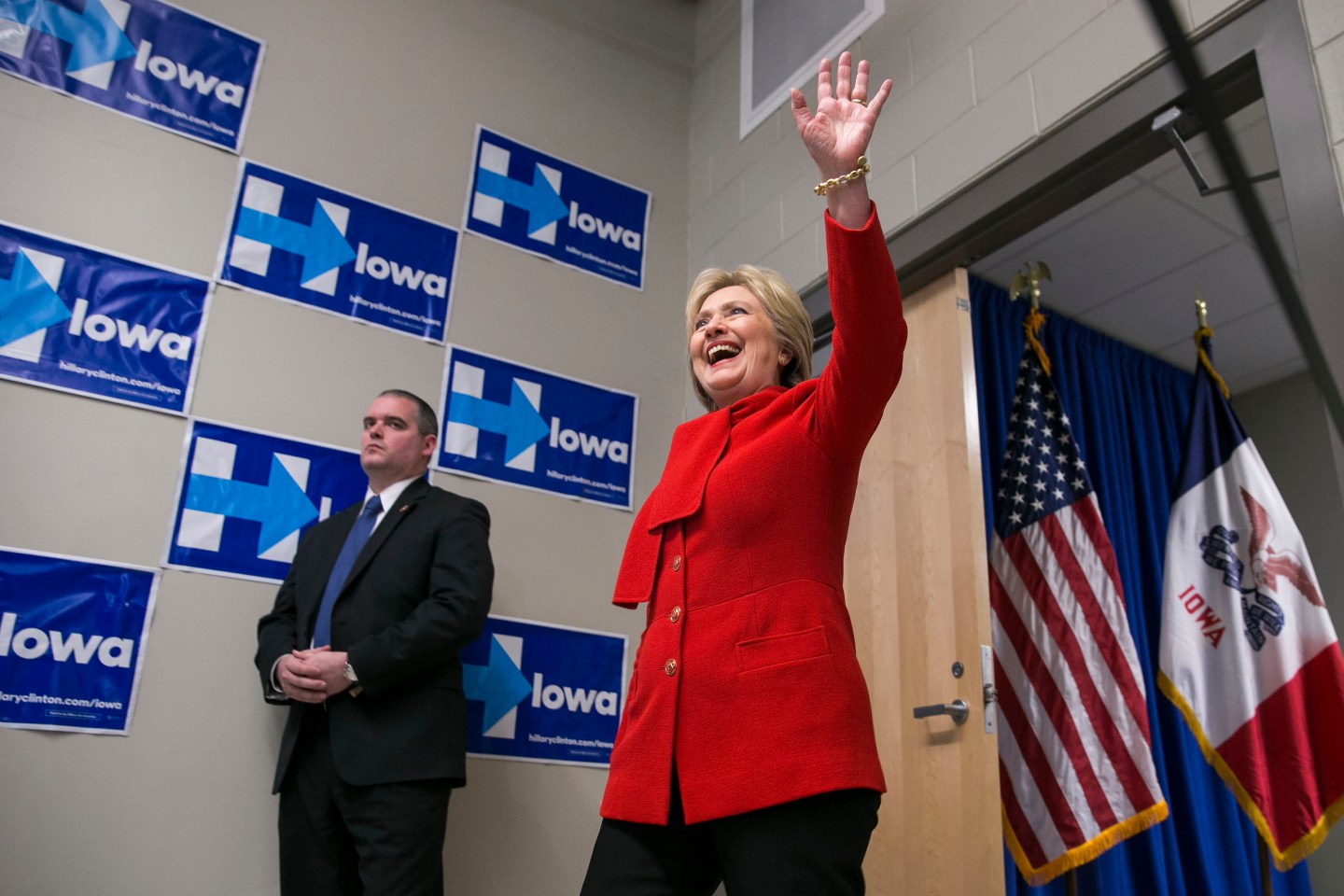 Eight years after she lost the Democratic nomination to Barack Obama, Hillary Clinton is once again facing a rising tide of enthusiasm from an insurgent Senator.

In a tighter-than-expected Democratic primary, Clinton is running against Vermont Sen. Bernie Sanders, who has ignited liberal excitement with promises of universal health care and free college.

But with just a week left before the Iowa caucuses, the former Secretary of State has found her passion, ironically, by making the case for a hard-won pragmatism.

At a CNN town hall at Drake University in Des Moines Monday, Clinton was asked by a Sanders supporter why younger voters aren’t more enthusiastic about her campaign. The voter, named Taylor Gipple, then said that it might be because they think she’s dishonest.

Clinton’s answer was an impassioned defense of the dull grind of politics and the toll it takes on your reputation.

“You know look, I’ve been around a long time. People have thrown all kinds of things at me. And you know I can’t keep up with it. I just keep going forward,” she began.

“I was trying to get us to universal health care coverage, working with my husband,” Clinton continued, referring to her push for healthcare reform in the early 1990s during the Clinton administration. “Boy, the insurance companies, the drug companies, they spent millions. Not just against the issue, but against me. And I kept going.”

She noted that the bruising loss was followed by a successful push for a smaller children’s health insurance program that has helped millions. “So you’ve got to keep going. You can’t give up. You can never get knocked off course,” she said.

The answer was Clinton’s brightest moment in an already strong appearance at the forum, which also gave Sanders and former Maryland Gov. Martin O’Malley a few moments to shine. But it also encapsulated the approach her campaign is taking to the tricky question of how she can generate enthusiasm.

Facing potential losses in Iowa and New Hampshire and a repeat of her loss to then-Sen. Barack Obama in 2008, Clinton is trying to show that she can be more than just pragmatic and experienced. In a coffee shop in Oskaloosa earlier that day, Clinton faced the same question before a crowd of 390 Iowa voters.

She recounted how a young voter told her that he was deciding between his “heart and his head.” “Well, you can have it both,” Clinton said on Monday afternoon. “What I have done my entire life,” she continued, “was to do everything to help people who were really up against it. The odds were stacked against them.”

For his part, Sanders had also crystallized the core of his argument. Speaking earlier at the CNN forum, Sanders did not stray far from his usual stump speech, calling for universal healthcare and expanded Social Security.

He also gave one of his more succinct answers to Clinton’s argument that she is the most experienced candidate. “Experience is important, but judgement is also important,” Sanders said. He ticked off a long list of issues where he said he has been ahead of Clinton on the right side of the liberal line: his vote against the Iraq War, his push against deregulation on Wall Street, the Keystone Pipeline and the Trans-Pacific Partnership.

Though the two candidates never appeared on stage together, the back-and-forth was obvious from their comments.

“I have a 40-year record of going after inequality. And not only economic inequality: racial inequality, sexist inequality, homophobic inequality. The kinds of things that go after people to put them down and push them back,” Clinton said.

Clinton’s wonkier side was also on display on Monday night. She told in detail her mission as Secretary of State to broker a ceasefire between Israel and Palestinians in the Gaza Strip, relating the tick-tock of meetings that prevented an Israeli ground invasion. She recited the economic record during her husband’s two terms, when she pointed to dramatic economic growth in the 1990s. And in defense of her own honesty after the embassy attacks in Libya, she characterized the numerous Benghazi investigations as unfair political attacks, saying that they go far beyond the scrutiny President Reagan faced in the 1983 embassy attack.

“My best defense is the truth. And that’s what you will hear from now until I am elected president,” Clinton said.

For O’Malley, the town hall was his last chance to make an impression before the caucuses in Iowa, where he has struggled to break past 5% in the polls. He called on his supporters to stay strong on caucus day. “Hold strong at your caucus because America’s looking for a new leader,” O’Malley said.

Near the end of the town hall, Clinton was shown a TV ad by the Sanders campaign currently playing currently in Iowa. The ad, which features a classic Simon and Garfunkel song over gauzy images of Americans at work and play, says nothing about Sanders’ politics or policies. Asked to respond, Clinton returned to her theme of passion vs. pragmatism.

“You campaign in poetry, you govern in prose,” she said, quoting former New York Gov. Mario Cuomo, coincidentally father of the debate moderator, CNN’s Chris Cuomo. “We need a lot more poetry in this campaign and in our country. I love the feeling, I love the energy. I respect Senator Sanders greatly. I appreciate what he has done in this campaign.”

The answer lacked the urgency of her earlier response, but the message was the same. Clinton is not going to try to fight passion head on, but instead seek to demonstrate it by simply soldiering on.