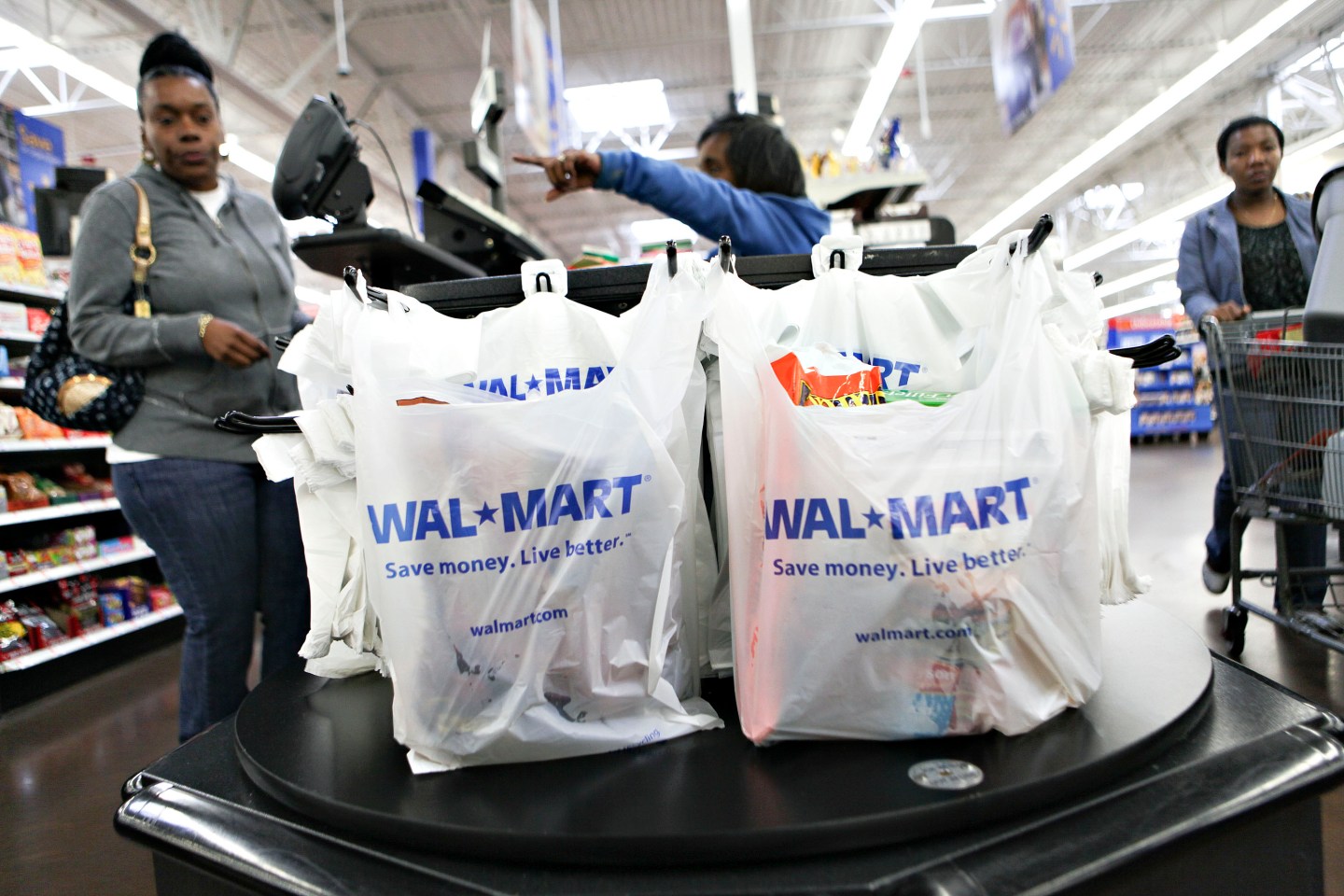 UNITED STATES - MAY 14: Wal-Mart logos apprear on shopping bags at a cash register inside a Wal-Mart store in Kearny, New Jersey, U.S., on Thursday, May 14, 2009. Wal-Mart Stores Inc., the world's largest retailer, reported first-quarter profit and sales were little changed as purchases of groceries and $4 medicines countered a drop in international revenue. (Photo by Daniel Acker/Bloomberg via Getty Images)
Photograph by Daniel Acker — Bloomberg via Getty Images

In an effort to promote the use of reusable bags and reduce waste, Walmart Canada announced on Monday that it will start charging customers who request plastic bags at checkout. The new initiative is part of its ongoing efforts to ultimately achieve zero waste.

The elimination of free single-use plastic bags will be rolled out across Canada starting February 9. Customers who request plastic bags at checkout will be charged five cents per bag.

Walmart (WMT) recognizes that it’s asking customers to change their shopping behavior, Lee Tappenden, chief operations officer of Walmart Canada said in a statement. “[B]ut we strongly believe that removing plastic film from our waste stream is imperative to reaching our goal of zero waste and will encourage our customers to broaden their already existing waste-reduction efforts.” He said that in other international markets, fees encouraging customers to use reusable bags has reduced single-use plastic bags by more than 50%. “Similar programs here in Canada have reported comparable successes,” he said.

Tesco, Britain’s largest retailer, said in early December that the use of plastic bags have dropped 80% since England’s ban went into place.

In the U.S. some states have adopted similar bans. In July, grocery stores in Hawaii were banned from distributing plastic bags and about 150 cities and counties in California have instituted similar rules. A city-wide ban on plastic bags also went into effect in Chicago this summer.

In announcing its plastic bag ban in Canada, Walmart cited a study introduced at the 2016 World Economic Forum in Davos, Switzerland last week that says that by 2050, the ocean is expected to contain more plastic than fish by weight if there are no efforts taken to reduce plastic pollution.