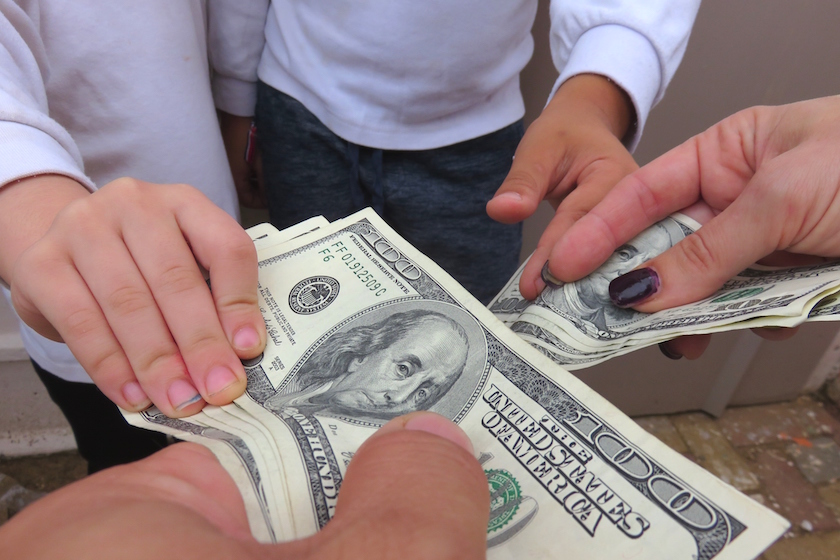 Maybe it’s Emily Post’s fault. Nearly a century ago she counseled people to keep their financial affairs private, and Americans have been mum about money ever since.

“Only a vulgarian talks ceaselessly about how much this or that cost him,” Post wrote in her book of etiquette in 1922. “A very well-bred man intensely dislikes the mention of money, and never speaks of it (out of business hours) if he can avoid it.”

Much about manners has changed over the years, yet the family money talk taboo remains. That entrenched silence hinders young people from developing personal financial skills and threatens the relationships and financial security of couples.

Read more: The Single Most Important Money Talk for Couples

Seven in 10 people consider it rude or inappropriate to discuss personal money matters in a social setting, according to a new survey from Ally Bank. There is some evidence that barriers inside the family are breaking down, even if the money conversation sometimes doesn’t go as planned: While 73% of parents say they talk regularly with their kids about spending and saving, just 61% of kids agree, fund company T. Rowe Price found. And nearly half of parents say they strongly encourage their children to talk to them about money, but only one in five kids thinks that’s really the case.

Still, the important thing is that people are trying. Ally found that 69% of adults now say they discuss money matters with family. And they’re giving those conversations more thought: 45% would rather schedule a dinner discussion than raise money issues on the fly.

We may have millennials to thank for some of the willingness to talk about money in a social setting. More than half readily disclose their income, savings, or debts to other people, Ally found. Even Emily Post might have to acknowledge that’s a good thing in the long run.