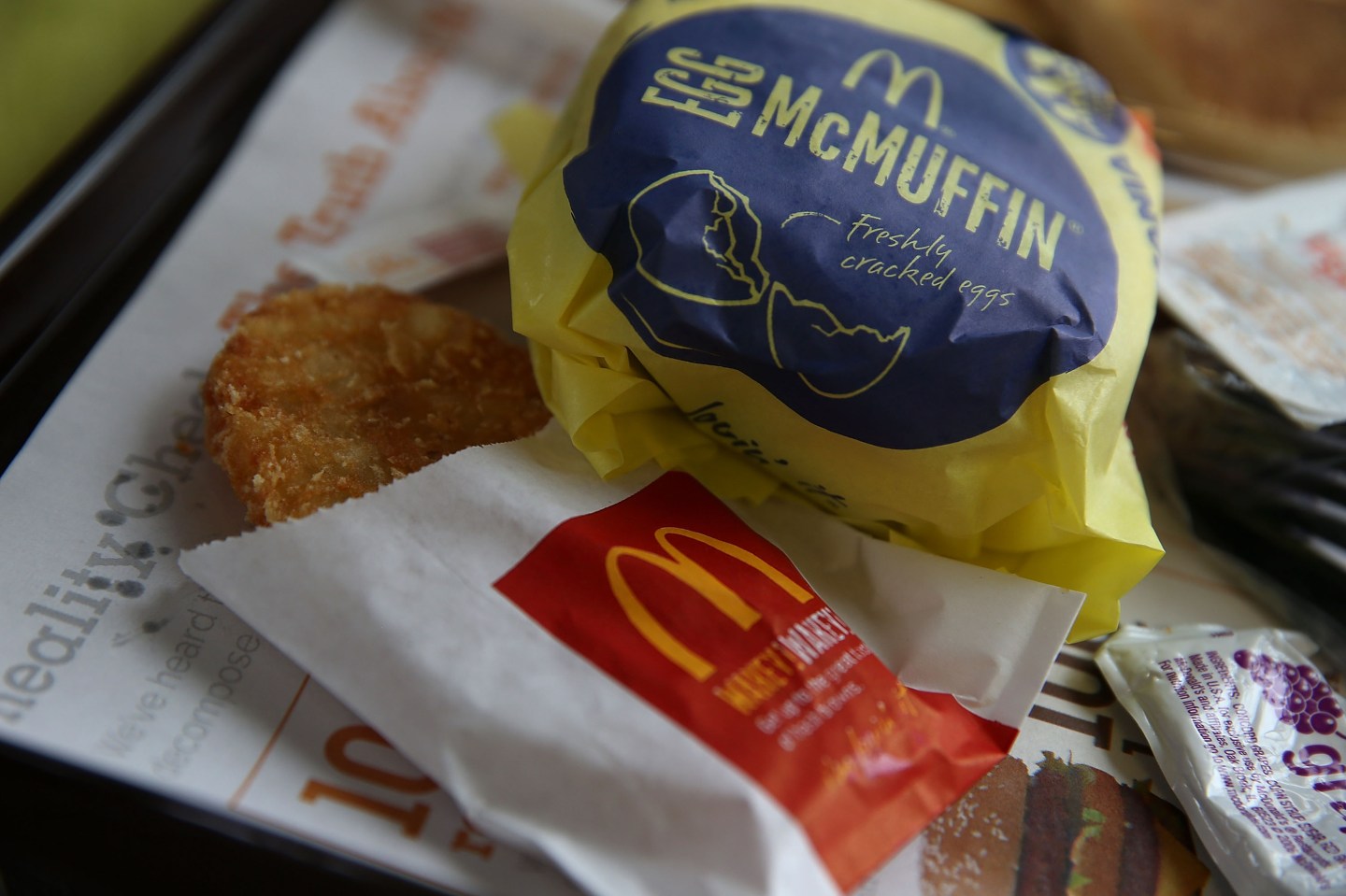 McDonald’s (MCD) reported better-than-expected quarterly same-restaurant sales, helped by the launch of all-day breakfasts in the United States and strong demand in China.

McDonald’s introduced all-day breakfasts in its U.S. restaurants in October, in a bid to attract more diners in the face of growing competition from rivals such as Chipotle Mexican Grill Inc and Shake Shack Inc.

The company does not break out China sales but said sales in its “high growth” markets, which include Russia and China, rose 3 percent.

Analysts on average had expected earnings of $1.23 per share, according to Thomson Reuters I/B/E/S.