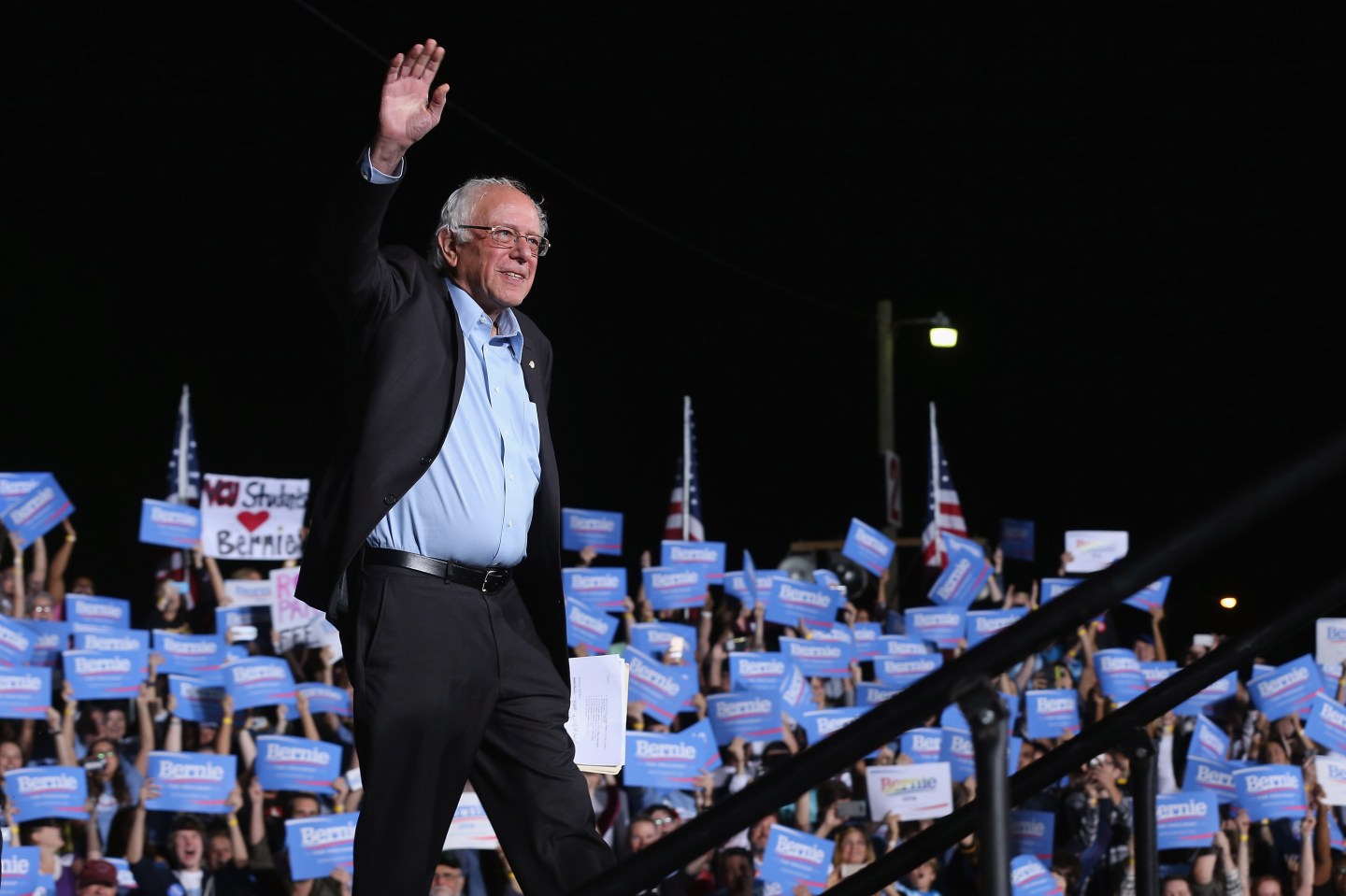 Political fandom comes in all forms and the latest round of support for Democratic presidential candidate Bernie Sanders is pint-sized.

Ben Cohen, co-founder of famed ice cream brand Ben & Jerry’s, is a longtime supporter of Sanders and announced on Monday that he has made a limited edition batch of “Bernie’s Yearning,” a pint of plain mint ice cream with a milk chocolate disc covering the top. The disc is emblematic of the economic gains of the 1%. “Beneath it, the rest of us,” Cohen’s website says.

Sanders’ campaign was in on the act. Cohen’s website says that all costs associated with the new flavor—except for Cohen’s own labor, which was volunteered—were paid for by Bernie 2016.

Cohen introduced the flavor with a tweet and Facebook post on Monday that linked to his site. He made 40 pints of Bernie’s Yearning in his kitchen. He donated 25 of them to the Sander’s campaign, which is running a contest to give them away. There are no plans for mass-distribution of the flavor, according to Politico.

While the design of Bernie’s Yearning pints resembles Ben & Jerry’s packaging, the company said in a Tweet on Monday that it’s actually not involved with the creation of the flavor. Cohen and fellow co-founder Jerry Greenfield sold their namesake company to Unilever in 2000.

Ben & Jerry’s is based in Vermont, where Sanders is a Senator. “Jerry and I have been constituents of Bernie Sanders for the last 30 years,” it says on Cohen’s site. “We’ve seen him in action and we believe in him.”