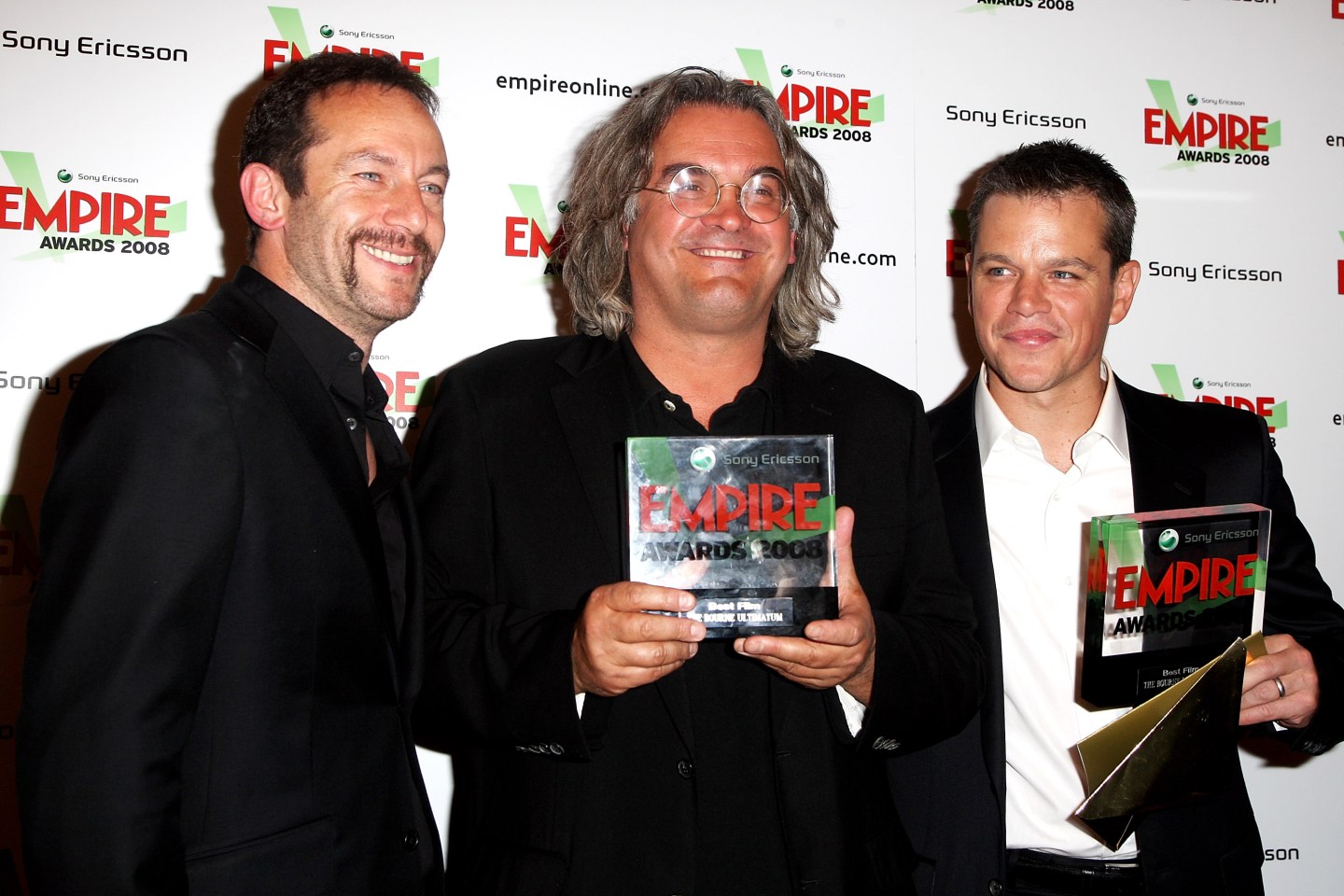 LONDON - MARCH 09: Director Paul Greengrass (C) and actors Jason Isaacs (L) and Matt Damon pose in front of the winners' boards with the Best Film award for 'The Bourne Ultimatum', presented by Isaacs, at the Sony Ericsson Empire Awards 2008 at the Grosvenor House Hotel on March 9, 2008 in London, England. (Photo by Dave Hogan/Getty Images)
Photograph by Dave Hogan — Getty Images

The lack of non-white actors in the Oscar nominations this year has sparked intense criticism. Some stars — director Spike Lee, actors Will Smith and Jada Pinkett Smith — have said they won’t attend the 88th Academy Awards ceremony. Meanwhile, the Academy has announced an overhaul to bring more diversity– women and people of color — to its ranks.

But a new study suggests that if Hollywood wants to improve the representation of minorities and women on screen, they better tackle who is hired behind the camera— the writers, producers and directors. When men are hired, they usually make movies about men.

In their study “Hollywood’s Gender Divide and Its Effects on Films“, television writer Lyle Friedman, data journalist Ilia Blinderman, and Matt Daniels, who co-founded visual pop culture storytelling site Polygraph, put 4,000 films from 1995 through 2015 through the “Bechdel Test.” Named for graphic novelist Alison Bechdel (who credits her friend Liz Wallace for the idea), the test asks whether a fictional work has two female characters in a scene who talk to each other about something other than a man. ( “It’s a low bar,” Friedman notes.)

By taking films already ranked on the Bechdel Test Movie List website and matching them to data on Amazon’s movie database IMDB.com, the three authors looked to see how many films in the 20 years could pass the test. Then they matched films to writers, producers, and directors and determined their gender.

Friedman speculates that what’s at work is filmmakers unconsciously are just making movies about what they know — themselves. “That could simply be a comfort level thing,” Friedman said. “I, as a female writer, am not as comfortable writing conversations between men. Men are going to make movies about what they know.” Since the most powerful producers, writers and directors are men, Hollywood’s films focus on men.

Of all the movies that fail the Bechdel test, 46% have an all-male writing team, while 43% had male producers and 41%, male directors. Only 6% had all-female writers, while 29% had female producers.

Men outnumbered women five to one overall as producers, writers, and directors.

What about the box office smashes?

According to the study, the higher the box office haul, the higher the male to female writing ratio — 4 to 1 men to women at the low end to 8 to 1 when a film brought in $500 million or more. The ratio of male to female directors was 5 to 1 on the low end and 22 to 1 on the high. Although on the surface it would seem to suggest that men create more profitable movies, it is also possible that women aren’t offered the positions on big budget films that are likely to be blockbusters.

“I think the fact that things haven’t changed in 20 years was a little bit surprising,” Friedman said. “There’s this idea that time improves things on its own, but I think time may be pretty neutral. I wonder how we could get this on an executive’s desk and see what a missed opportunity this is.”

The three authors acknowledge the Bechdel test isn’t scientific. The fact that a movie passes the test doesn’t mean the movie has a female dominated theme. “Really the only thing we can conclude is if it doesn’t pass, it’s less inclusive of women.”

The three contend the answer to making movies less sexist is for Hollywood to adopt the equivalent of the NFL’s Rooney Rule, in which teams are required to interview minority candidates for head coach positions. Right now, “it’s like Mattel only making Ken dolls,” Daniels said.