Here’s What Can Crush a Startup CEO 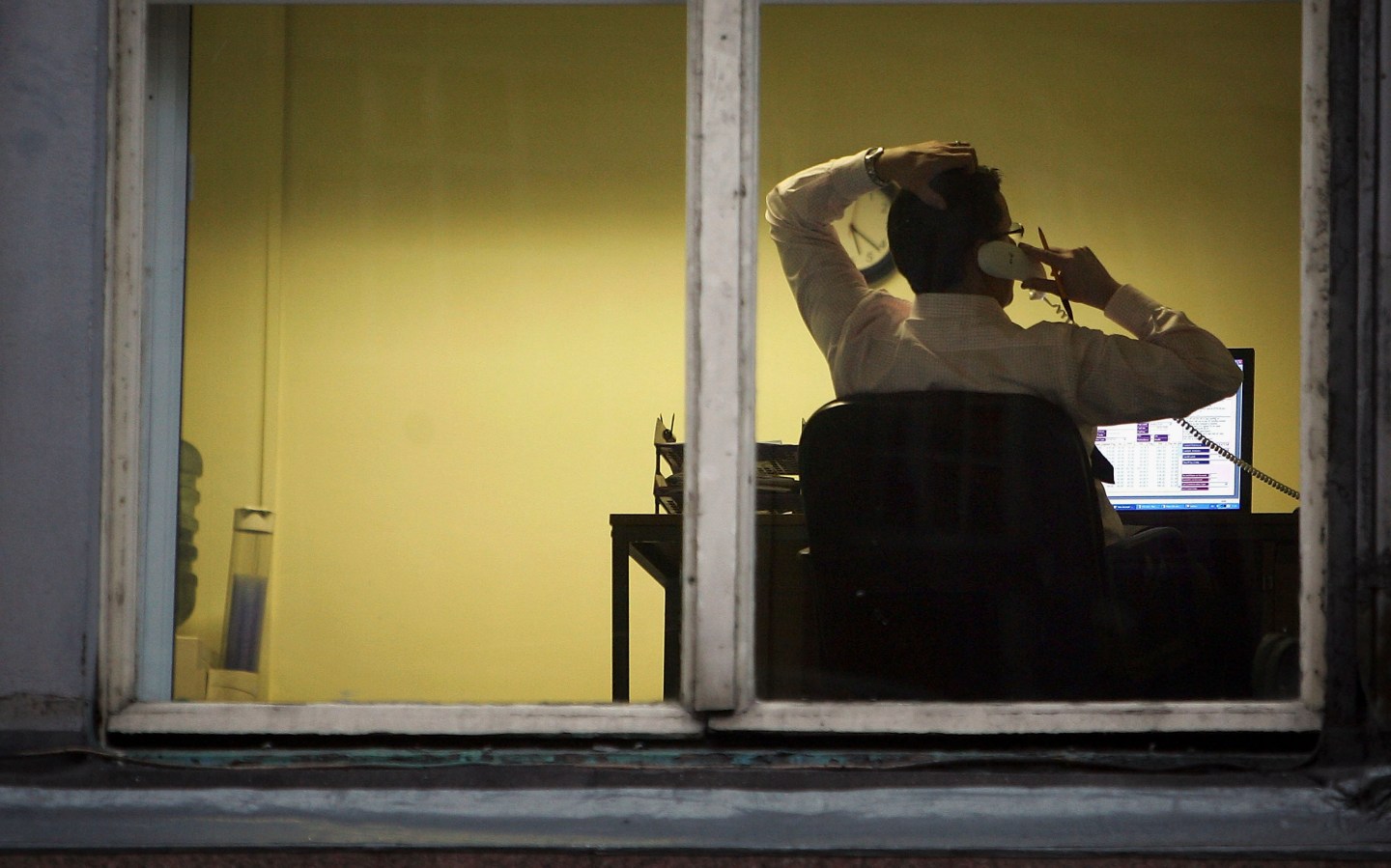 GLASGOW, UNITED KINGDOM - OCTOBER 10: A city office employee works into the night as darkness closes in on October 10, 2005 in Glasgow, Scotland. Seasonal affective disorder (SAD), or winter depression, is a mood disorder related to the change in the seasons and the resulting reduction of exposure to daylight. The end of British Summer time, when clocks go back one hour at the end of October, will see most people making their daily commute in darkness both ways. With winter nights stretching to 19 hours in the UK, and Scotland's often inclement weather, it is estimated that the "Winter Blues" can affect up to 20% of the population. (Photo by Christopher Furlong/Getty Images)
Photograph by Christopher Furlong via Getty Images

I am someone who typically overanalyzes things and thinks through all of the consequences. But when I left Goldman Sachs five years ago to start PureWow, I had complete tunnel vision. I saw an opportunity to prove myself in a way I couldn’t before and nothing else seemed to matter.

In basketball, they say that you don’t win a championship unless you have “the irrational confidence guy”— the guy who takes the 3-point shot, even though he had absolutely no business attempting the shot. Somehow he makes it, and as a result, they win. It’s the moment where you stop thinking and just jump in, all blind faith. You think, “I’m going to make this even though there’s five seconds left and the entire championship is on my shoulders right now.” You need a little bit of that in you if you’re going to make the leap from corporate America to launching a start-up. I guess for that moment, I channeled that “irrational confidence guy” within.

It was probably a good thing that I had no idea what I was getting myself into. That blind faith that you’re going to make the 3-point shot? Well, you have that same blind faith when you’re truly passionate about starting your own venture. But as I said, I am an over-analyzer, so I obsessively thought about the worst-case scenario. In starting PureWow, the worst-case scenario was that I would fail fast. The second-worst-case scenario? I fail, but not fast. It would be a drawn-out demise; it would take several years before PureWow went totally under.

In both scenarios, you have to be able to ask yourself, “Do my life circumstances allow me to be OK with that? Do I have enough time left in my career to course-correct? What kind of responsibilities am I accountable for right now?” It’s unfortunate, but things like mortgage and children and a myriad of financial aspects that come into play do matter. When I started PureWow, I was 28 years old, so I didn’t have to worry about that and I was able to comfortably take the risk. That doesn’t mean that I wouldn’t do the same thing today. It would be a lot more difficult though (baby No. 1 is due in April). I also convinced myself that worst-case, I’ll go back to finance. Whether it was true or not, I had to tell myself, “I can get a job in finance. I’ll find one. I’ll figure it out.” Maybe you need to convince yourself of certain things that may or may not be true in order to build the courage and take the risk.

The biggest shock for me came after I had hired several employees. Suddenly, my worst-case scenario completely changed. Failure wouldn’t only affect me now. When you hire people, you bring them into the fold of your vision and you realize that if you fail, you’re failing them too. I had convinced myself if I failed I’d be OK, but all of a sudden, you’re not so sure if everybody else will be OK. And that’s when the pressure starts to build – and it has never subsided. Even with all of PureWow’s success and our amazing growth, I still have the stress that it’s all on me. This founder stress, one that never, ever goes away, can really crush someone. But if you’re going to be an entrepreneur, you can’t be someone who gets crushed by stress. And for me, the stress only makes me work harder and the success even sweeter.

Ryan Harwood is the founder and CEO of PureWow.