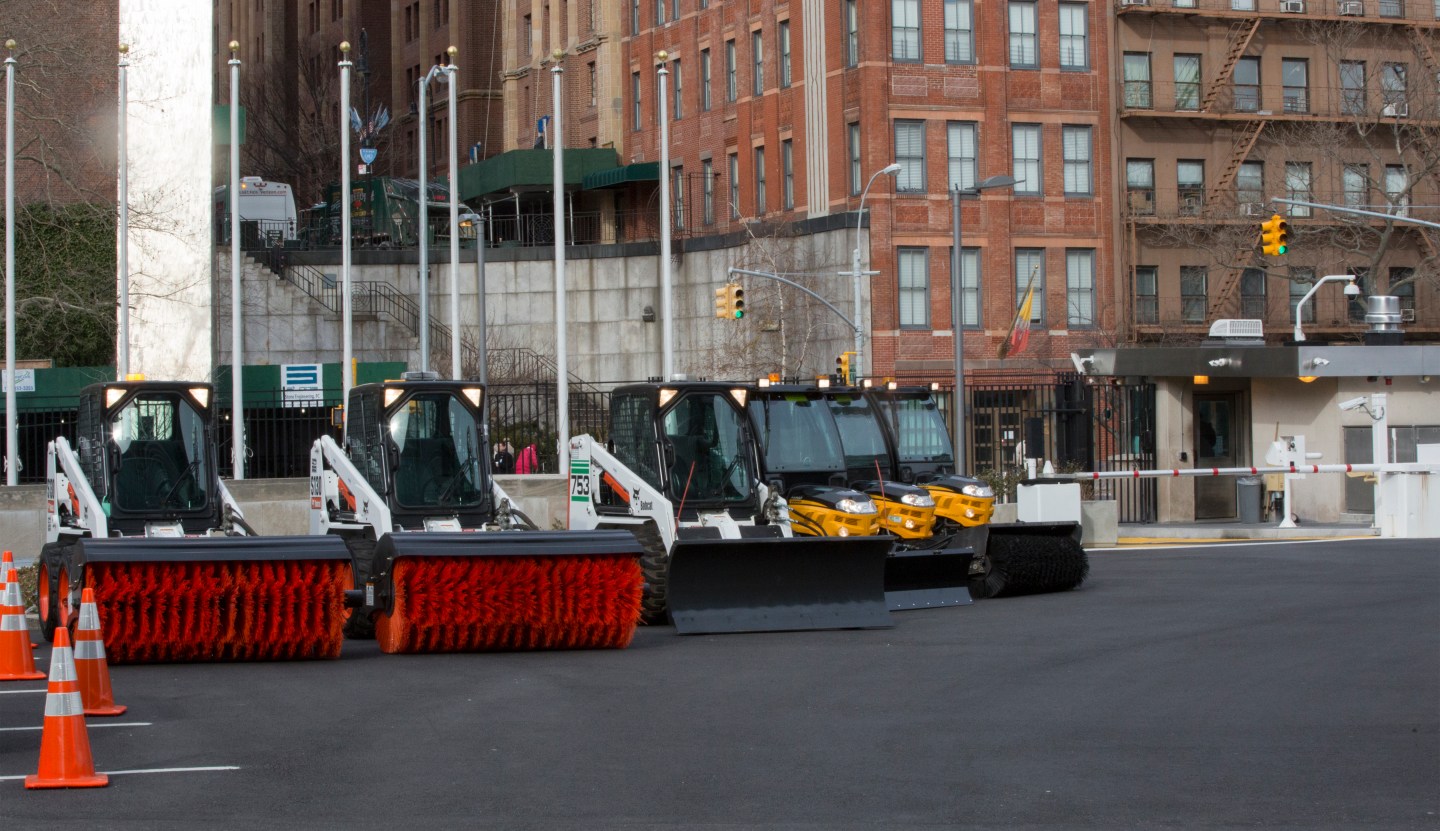 Plows and other street and sidewalk cleaning vehicles are parked at the UN Headquarters in New York on January 22, 2016 in preparation for the first snowstorm of 2016. The blizzard, being referred to as Winter Storm Jonas, is expected to drop over 8 inches of snow on the ground in the area. (Photo by Luiz Rampelotto/EuropaNewswire) *** Please Use Credit from Credit Field ***
Photograph by Luiz Rampelotto — EuropaNewswire/Sipa/AP

Get ready for what could be the first big Northeastern snowstorm of the new year. Or not.

The forecast this weekend is for record snowfall and delays as Winter Storm Jonas blows in from the Southeast, where the weather has already turned ugly. But, of course, one can never be sure all the Nor’easter blizzard predictions will come true.

Forecasts said last year’s January snowstorm “Juno” was destined to dump 20 to 30 inches on New York City. But just under a foot of snow fell in Central Park. That’s not exactly a blizzard. Some Long Island towns were hit hard, but they are about 50 miles outside the city.

Meteorologists still lack access to weather information from some areas that could help provide more accurate forecasts. The National Oceanic and Atmospheric Administration has a network of nearly 1,500 weather stations globally. Cities often only have one or two, typically at an airport or on a military base, where meteorologists can track the latest official temperature along with wind speeds and direction. But try to find out how the weather is impacting more local spots, like the difference in temperature between a downtown area and a suburban street, and it’s largely a guessing game.

New York is trying to change that this year with a beefed-up, more localized weather system called Mesonet. It’s based on the idea of mesoscale meteorology: tracking weather in miles, not regions. The idea is that when the New York system is finished later this year, no place in the state will be further than 25 miles from one of the stations, the Associated Press reports. That can be important when tracking subtle changes in weather patterns, like knowing if big weather’s on track to hit Manhattan or Long Island.

Other states, particularly in the Midwest, are already testing this kind of technology. Oklahoma, home of the National Weather Center, already has a Mesonet network of 120 stations state-wide. North Dakota and several other Midwestern states have smaller systems that track local weather patterns for farmers. Iowa, home to the most impressive independent system in the country, collects information from over 400 unofficial stations.

For states without a wealth of weather stations, app developers have jumped in with the idea of getting regular people to attach wind meters to their cellphones to track local wind speeds. Meanwhile, the National Weather Service is crowdsourcing some weather data collection through an online experiment called mPING. Users who download the app can manually enter reports about what’s happening on the ground where they are, from snow and freezing rain to mudslides or floods, kind of like Waze for weather.

When it comes to tracking local weather, at least for now, the crowds have more data to weather the storms than the pros.