Playing With LEGO Pays Off For Science 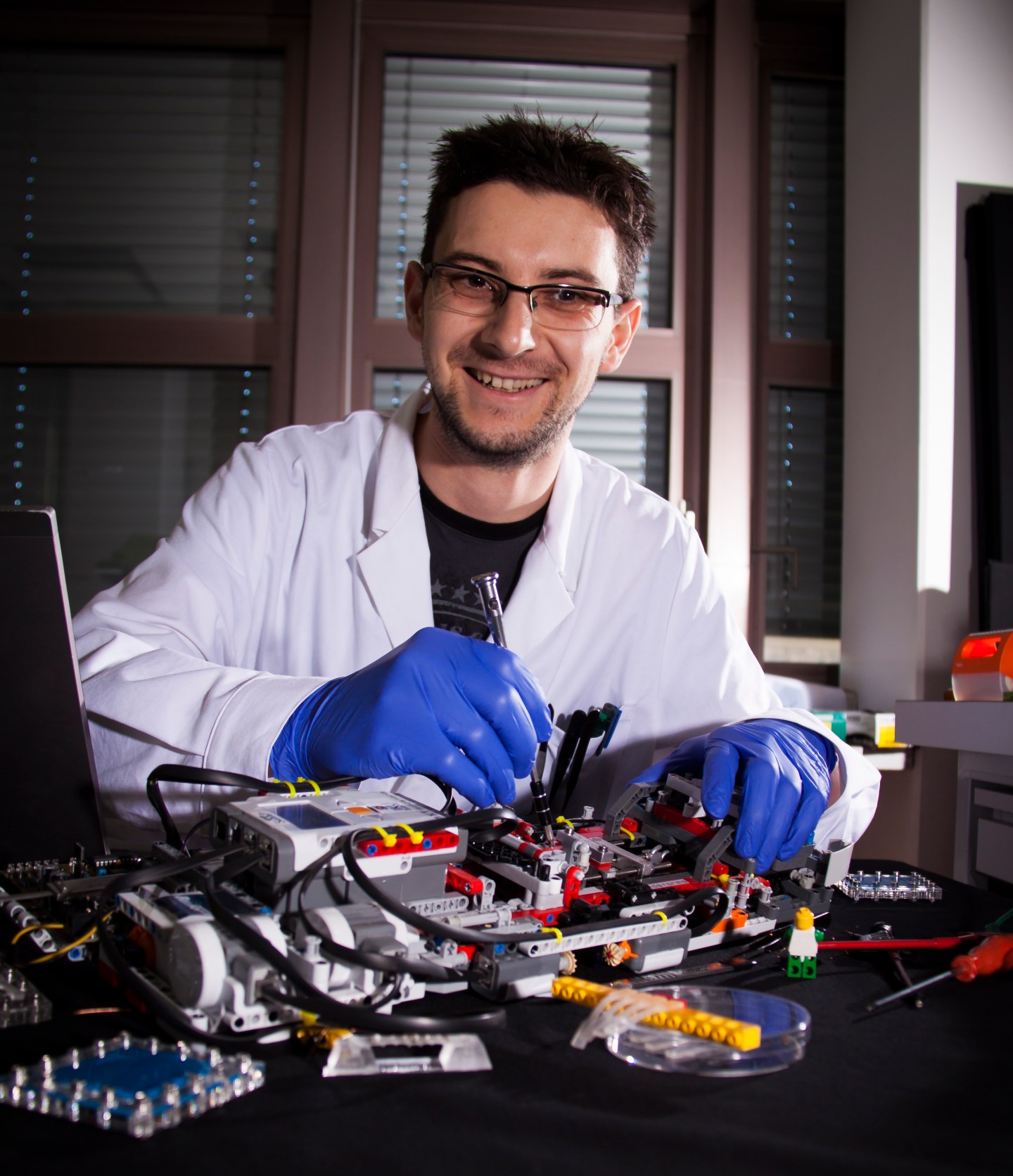 LEGO blocks have long been touted as toys that do good.

Studies show that IQ aside, children who are skilled LEGO builders in preschool are better at math later in life. The toys have also been proven to help autistic kids socialize. And after a study last year, business professors suggested playing with LEGO blocks without reading the included instruction manuals can make you more creative.

Now, the ubiquitous 84-year-old LEGO blocks can add cheap lab research assistant to their list of accomplishments. Researchers in Austria have developed a tabletop stretching machine made of LEGO pieces to test small electronic parts like those in wearable fitness trackers and smartwatches.

The new machine does two things: It tests how much force can be applied before stretchable electronics break, and it tracks electrical resistance in wearables to make sure they still have enough power to operate while they are being stretched.

The machine resembles a Transformer robot laid flat. It’s almost all LEGO, with a few extra metal screws and bars added to hold wearables in place while they’re tested. The LEGO system is controlled by a computer using attached cables that adjust the force applied.

“Basically we just played around in the lab,” says PhD candidate Richard Moser, who developed the new LEGO stretcher. “For us, it’s a perfect machine.”

Moser built his machine over six months using LEGO Mindstorms toys, a version of the famous building blocks designed for building programmable robots. It cost about $750.

He says that LEGO was the easiest and cheapest building blocks for his testing system. A more traditional lab device could have cost more than $50,000.

The more official lab stretching machines, called tensile testers, are stronger than the plastic LEGO one. But for the “soft matter physics” materials science that Moser works on, he doesn’t need that much force. He and his colleagues at Johannes Kepler University in Linz compared their homegrown LEGO system to a real tensile tester and found the toy produced reliable results, on par with the lab-grade stretcher.

The stretcher was built at a time when Allied Market Research says the global wearable tech market is growing at about 26% annually. It is forecast to become a more than $25 billion dollar industry by 2020.

See who gets paid to play with LEGO:

Last week, Moser showed off his system for the wearable tech manufacturers by publishing an open source how-to guide about building similar machines in the journal Advanced Science.