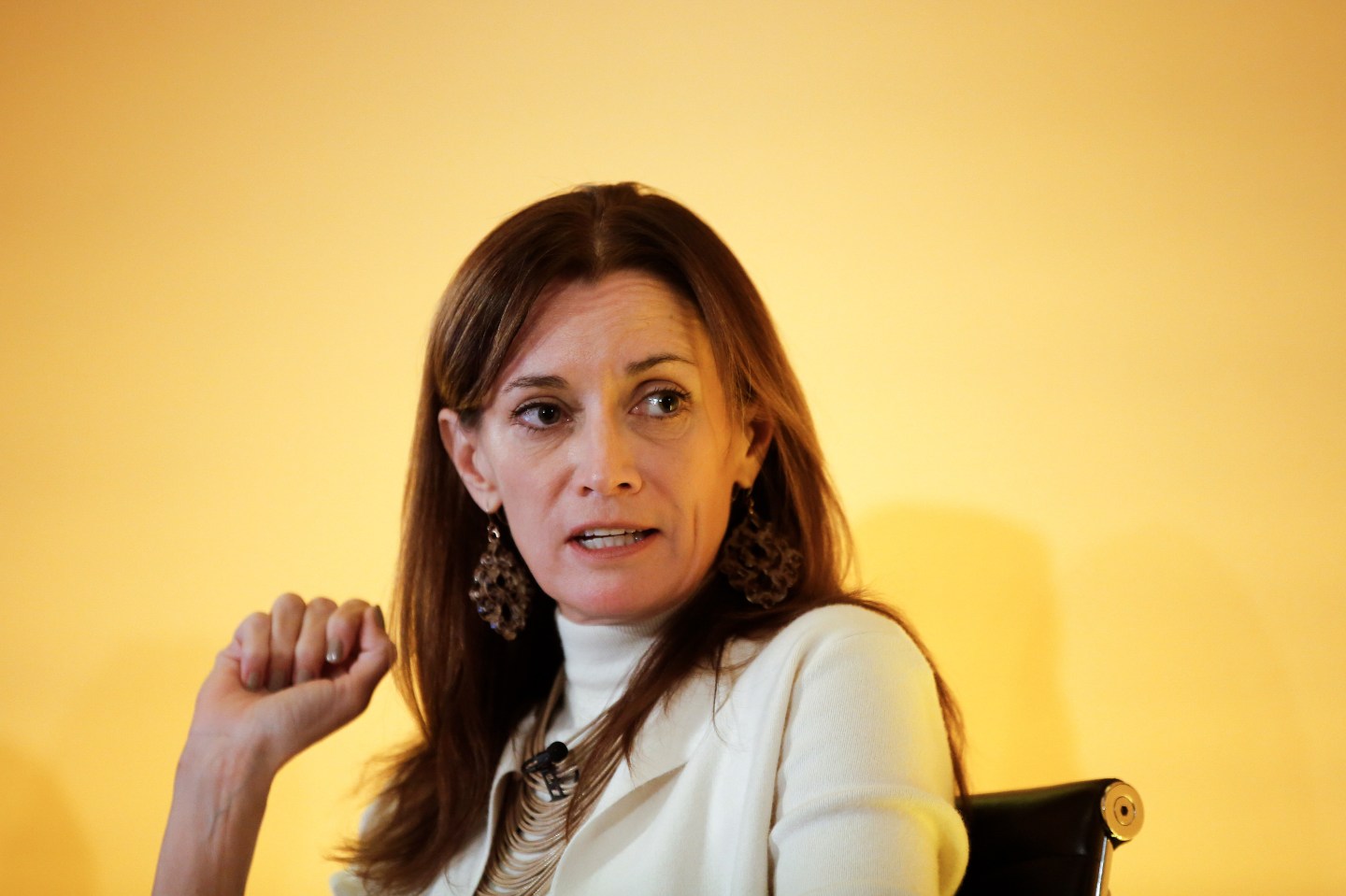 Blythe Masters, chief executive officer of Digital Asset Holdings LLC, gestures as she speaks at the Bank of England Open Forum at the Guildhall in London on Wednesday, Nov. 11, 2015. The Open Forum is a conference on the role of markets in society that's being attended by officials, academics, religious leaders and members of the public. Photographer: Simon Dawson/Bloomberg via Getty Images
Image courtesy of Bloomberg via Getty Images.

Digital Asset Holdings LLC, a block chain startup, has raised more than $50 million in funding from a group of big banks seeking to make sense of the distributed ledger technology. It also won a contract to provide its technology to ASX Ltd., Australia’s main stock exchange operator, which will convert the exchange to run on a block chain-based system to reduce the time it takes to settle the ownership of shares.

Thirteen investors participated in the round, a first outside round for Digital Asset Holdings. The investors include J.P. Morgan Chase & Co., Citigroup Inc., BNP Paribas SA, The PNC Financial Services Group, Inc., ABN AMRO, and Accenture PLC. Bloomberg put the round at $52 million and said the company was valued at $100 million.

Digital Asset Holding makes software that helps banks use block chain, which stores information about a transaction in a distributed manner. By using a cryptographic key, distributed ledgers can track changes in their databases no matter what servers they are stored on, or even split between. This security and accessibility is why distributed ledgers are used as the underlying structure for the bitcoin currency and for tracking land titles in Honduras.

For more on distributed ledgers watch our video.

It’s also why the financial services industry is so keen to investigate its use. For example, the Australian stock exchange is looking at using the block chain to boost settlement of shares from two days to just minutes. That’s feasible because the shares would be tracked in what is essentially the same database. It’s just stored everywhere.

For everyday consumers the spread of distributed ledgers could mean instant access to deposited funds, as well as same-day transfer of titles and no more waiting at the DMV after buying a new car. The possibilities extend far beyond the financial system to any official system where identity matters and digital tokens of “value” are transferred.

Digital Asset Holdings is a member of the consortium that created the standard and lent the HyperLedger name to the group. It’s unclear how banks and financial services firms will fold all of the competing technologies in, or even if they need to. Recently several large banks tested a trading system built by a competitor to Digital Asset Holdings called R3, that used Ethereum’s block chain technology. The system worked, and the banks were able to settle transactions between their 11 banks simultaneously as opposed to taking days or even weeks for cross border transactions.

An even bigger question about the financial services industry’s adoption of distributed ledger technologies might not be about how this gets implemented and what specific block chains they choose, but rather what happens to the float that savvy bankers and financial firms have taken advantage of as they wait for deposits to clear. In the lag time between a deposit being made, and the deposit clearing, that money is duplicated in the financial system and can be invested to the banker’s advantage. It’s not a lot, but it can add up, and instant settlement will take away that source of earnings.