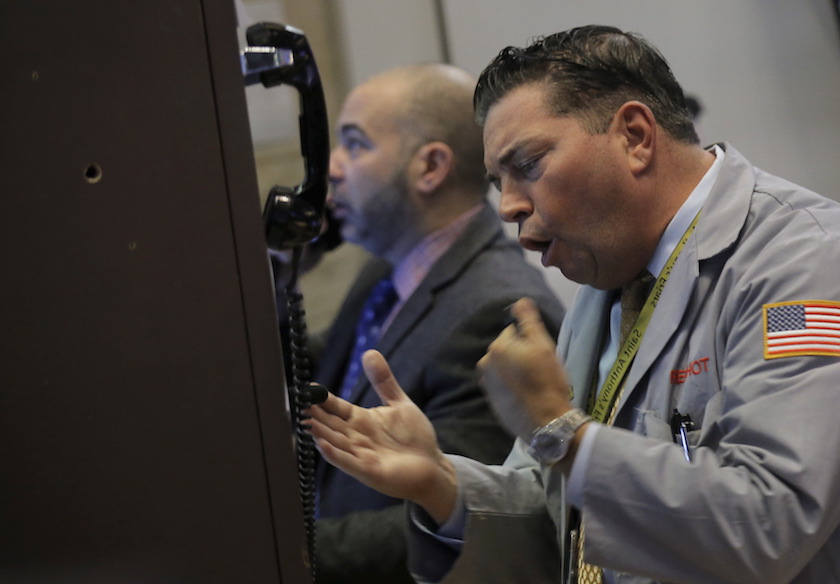 Wall Street rallied after a hesitant start on Thursday as oil prices surged towards their biggest gain this year and ECB President Mario Draghi raised hopes of further stimulus.

All 10 major S&P 500 sectors were higher, with a 3.2% jump in energy stocks leading the pack. All but two Dow components were higher as well.

The European Central Bank kept its main rates on hold and Draghi said the central bank would “review and possibly reconsider” its monetary policy as early as March. Many analysts had not expected a rate cut before June.

Oil prices reversed course to trade up more than 5%, just shy of $30 a barrel, after U.S. crude stockpiles did not rise as much as feared and Draghi’s comments lifted U.S. and European stock markets.

The Draghi-led rally comes a day after a rout in global stocks, spurred by the relentless drop in oil prices and fears of a China-led slowdown in global growth.

A volatile session on Wall Street on Wednesday ended with the S&P 500 closing at its lowest since October 2014, with many stocks hitting new 52-week lows.

The U.S. stock market was bound for a correction as rich valuations were becoming a headwind, Wood said, adding that the main drivers of the market remained unchanged.

“We’ve got the same three horsemen: oil, China and the U.S. Federal Reserve driving the markets.”