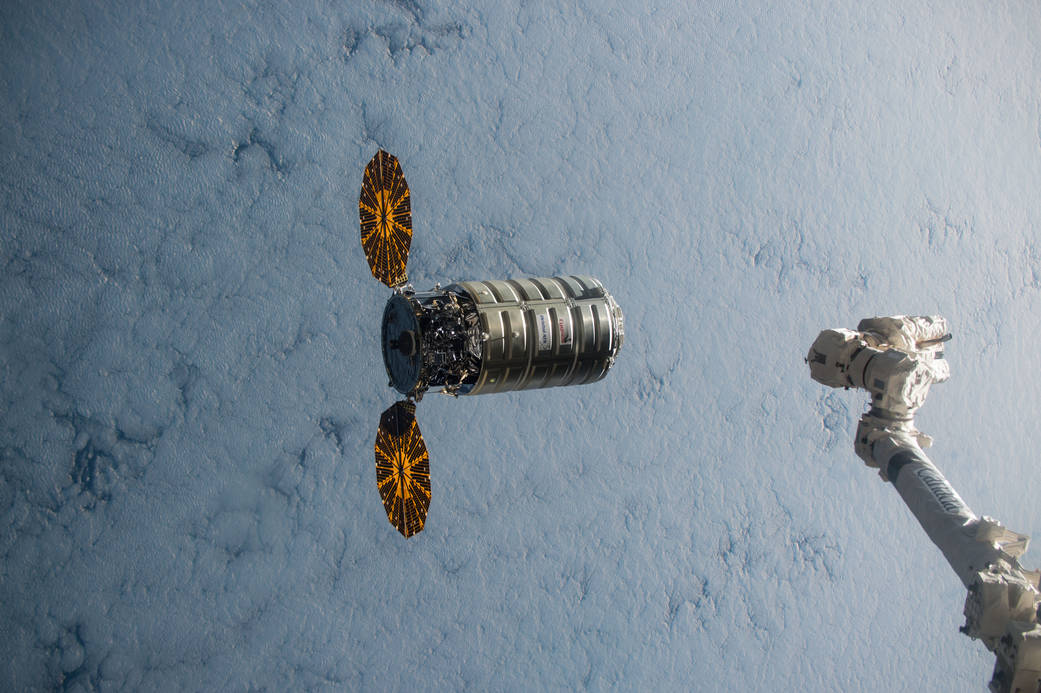 When cargo returns from the International Space Station, it’s usually with a splash. Space capsules are unceremoniously dumped into the ocean, and can take one or two full days to get unloaded. It’s not a convenient strategy for plucking lab experiments or animals out quickly.

But a few new NASA contracts announced last week may be about to change all that.

The cargo contracts, awarded to veterans Orbital ATK and SpaceX as well as space station newcomer Sierra Nevada, total up to $14 billion. And they could give a boost to researchers learning about how living beings react to space. That’s because both SpaceX and Sierra Nevada have offered NASA some new spacecraft models that could land on the ground, like a shuttle. Without a splashdown water landing, unloading becomes a simpler process, and cargo is available to researchers in hours, not days.

“The key is to have the samples get back to the scientists within 3-6 hours of landing,” writes Julie Robinson, chief scientist for the International Space Station. Robinson says in the one to two days it takes to unload cargo now, “animals re-adapt to gravity, gene expression can start looking more Earth-like, and the scientists can’t do certain types of studies.”

As NASA invests more in private space contractors, the agency will still rely on Russian Soyuz space capsules to ferry astronauts to the space station, as it has since it retired its own shuttles in 2011. On Wednesday, the Russian Space Agency announced its own deep 30% cuts to the Russian space program, a measure fueled by plummeting oil prices and a falling ruble. And in a move away from the Russian RD-108 rocket engines it relies on, the U.S. Air Force awarded its own round of contracts to Orbital ATK and SpaceX last week.

Landing cargo on the ground is still a strategy that needs some testing before the new spacecraft models go live in late 2019. So far SpaceX has only mastered water landings for their “Dragon” cargo hauler. Last weekend, as the private space company tried once again to land a rocket on a barge, this happened:

Falcon lands on droneship, but the lockout collet doesn't latch on one the four legs, causing it to tip over post landing. Root cause may have been ice buildup due to condensation from heavy fog at liftoff.

Sierra Nevada, the other company with potential plans to return cargo on land, is offering up a “spaceplane” for NASA. If successful, the winged cargo ship could land experiments on a runway.

SpaceX is back in the game with Falcon 9. Watch:

If either Sierra Nevada or SpaceX can pull off the more convenient landing strategies, the companies could help NASA answer more questions like how balance and motor control are affected by zero gravity. Nice things to know if more humans are going to spend time up in space in the future, as space prophets like Jeff Bezos and Stephen Hawking predict.