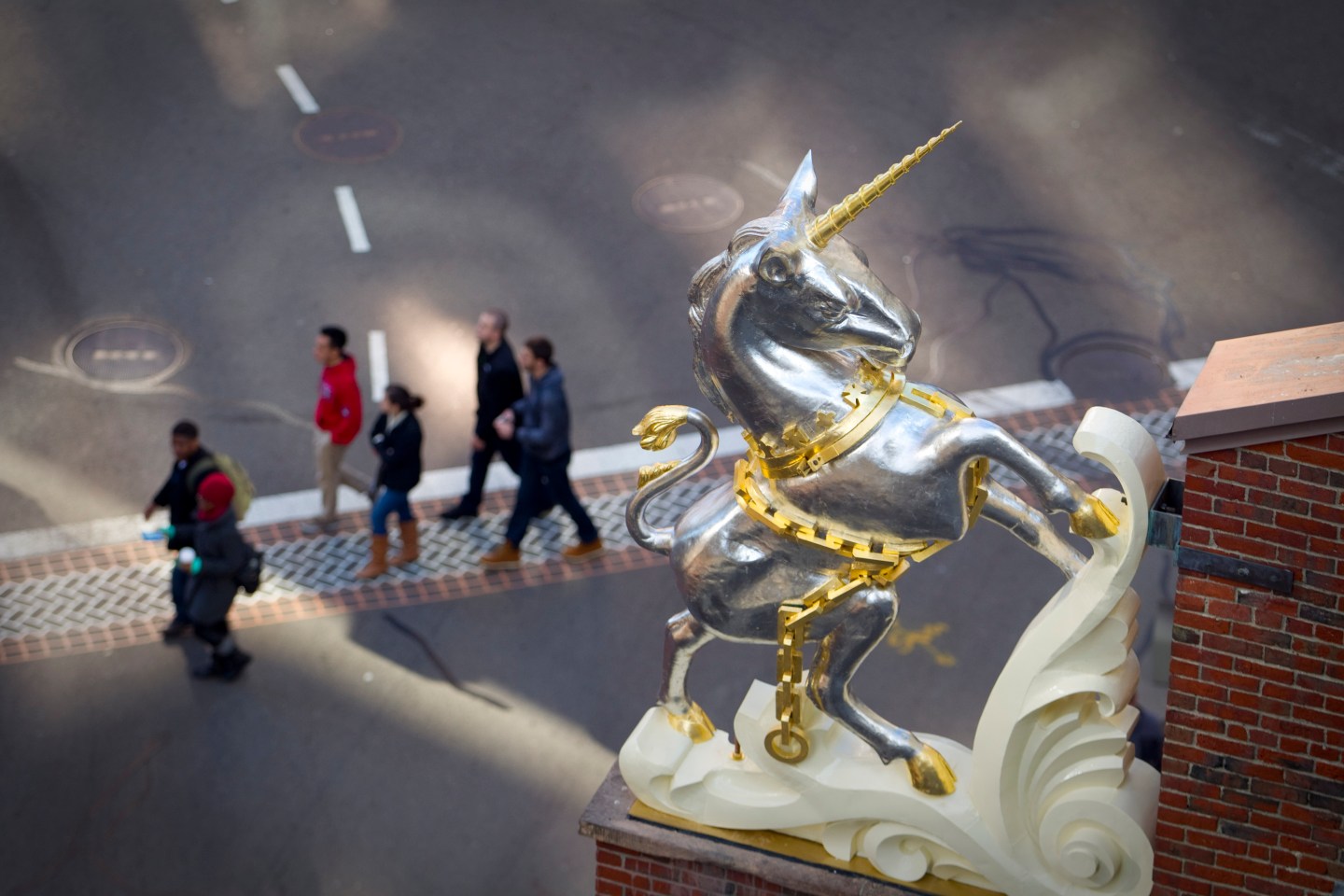 ForeScout, a 16-year-old cybersecurity firm based in Campbell, Calif. with offices in Israel, has raised $76 million in what will likely be the company’s final round of funding before it pursues an initial public offering. The lead investor is Wellington Management, a mutual fund manager based in Boston, Mass.

ForeScout’s latest round of financing vaults the company into the coveted “unicorn” club, a burgeoning pack of venture capital-backed companies with billion-dollar valuations. As part of the late-stage injection, investors have appraised the firm at $1 billion; other “unicorns” in the cybersecurity category include Tanium, Okta, Illumio, Avast, Lookout, and Zscaler.

ForeScout’s technology allows IT administrators to regulate users’ access to computer networks and data. The company’s valuation has tripled over the past 18 months, just as controlling digital credentials has taken center stage in a number of high profile data breaches—including one at the United State’s Office of Personnel Management. The company competes with others such as Cisco (CSCO), Hewlett Packard Enterprise’s (HPE) Aruba Networks, and Singtel’s Trustwave,

Michael DeCesare, ForeScout CEO and former president of Intel’s (INTC) security division McAfee, tells Fortune that the business is “very close to being profitable.” He says that last year was the company’s best year yet, and that it has barreled along at a 50% compounded annual growth rate since 2012.

“I believe we’re ready for the public market now at the scale and the growth we’re seeing,” he says. “I don’t want to be first company to IPO in 2016, but don’t want to be the last either.”

The company raked in more than $125 million in revenue last year. Previously, it raised $80 million in six rounds, bringing its total funding to $156 million to date. (That final figure could creep up over the next few months as part of the latest round, DeCesare says.)

On the possibility of a 2016 IPO, he adds: “I need to read the tea leaves for a couple of months before making the decision, but that would be the plan.”

ForeScout recently added new members to its board of directors, too, including Dave DeWalt, CEO and chairman of the cybersecurity firm FireEye (FEYE), as well as Enrique Salem, managing director at Bain Capital and former Symantec (SYMC) CEO. (DeCesare succeeded DeWalt at Intel McAfee after the later left for FireEye.)

“Nearly every attack we’ve written about at FireEye and Mandiant has been about stealing credentials—gaining credentials through spear-phishing—and about stealing access,” DeWalt tells Fortune, conveying why he’s bullish on ForeScout’s business. In fact, DeWalt last year made an investment in the company himself, though he declines to reveal the sum.

If ForeScout goes public this year, the firm may follow the lead of other Israeli cybersecurity companies that have pulled off successful IPOs recently, including CyberArk (CYBR). The Israeli tech giant Check Point (CHKP), founded in the ’90s, remains the industry segment’s poster child.